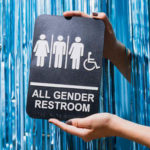 Schools are circumventing parental rights in the classroom by advocating and pushing SOGI ideology on children. Many schools teach SOGI and allow children of the opposite sex to use single-sex restrooms, locker rooms, and sports teams. An increasing number of organizations, like Planned Parenthood, are also advocating for “gender-affirming care”, which means irreversible hormone therapy and surgical sex reassignments. Children who struggle with gender dysphoria often resolve their dysphoria if allowed to mature naturally. The puberty blockers and surgery cause infertility and children “often do not see any lasting benefits with regards to mental health. In fact, many patients experience permanent damage to their cardiovascular health, bone density, and reproductive functions.”

President Biden is dedicated to advancing SOGI ideology, even though we know it harms children. His nominee for assistant health secretary, Dr. Rachel Levine, a transgender woman, refused to answer Senator Rand Paul (R-KY) when he questioned Levine’s stance on minors being capable of making a decision to permanently change their bodies through hormone therapy and sex reassignment surgery. He asked:

“American culture is now normalizing the idea that minors can be given hormones to prevent their biological development of their secondary sexual characteristics. Dr. Levine, you have supported both allowing minors to be given hormone blockers, to prevent them from going through puberty, as well as surgical destruction of a minor’s genitalia. Like surgical mutilation, hormonal interruption of puberty can permanently alter and prevent secondary sexual characteristics. The American College of Pediatricians reports that 80 to 95% of prepubertal children with gender dysphoria will experience resolution by late adolescence if not exposed to medical intervention and social affirmation. Dr. Levine, do you believe that minors are capable of making such a life-changing decision as changing one’s sex?”

Levine’s response was a simple: “…transgender medicine is a complex and nuanced field…” Senator Paul spoke for many concerned parents when he said:

“What I’m alarmed at is that you’re not willing to say absolutely minors shouldn’t be making decisions to amputate their breast or to amputate their genitalia. For most of our history, we have believed that minors don’t have full rights and that parents need to be involved, so I’m alarmed that you won’t say with certainty that minors should not have the ability to make the decision to take hormones that will affect them for the rest of their life.”

For these reasons, Eagle Forum is proud to endorse the Heritage Foundation’s Promise to America’s Children. As the website states, “The Promise to America’s Children is a national movement of parents and lawmakers to oppose legislation that harms children, like the Equality Act, and to create and support laws that will protect children’s health, safety, and families – especially their relationships with their parents, who have the primary responsibility to love, protect, and educate them.” America’s children deserve real nurturing, not “gender-affirming care” which denies biology.