Tucked inside this video of the Secretary of Education, Arne Duncan, is a screen shot of a notice announcing a contest sponsored by the Department of Education, the non profit Creative Commons and George Soros' Open Society Foundation. VIDEO: http://youtu.be/8SdrhGrcvsk 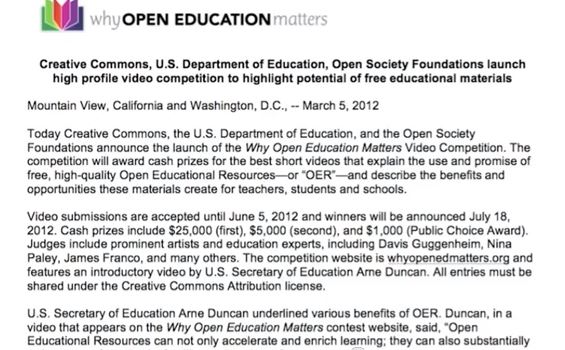 You can view the contest "winners" and entries here.

A closer look at Creative Commons:

Creative Commons is a non profit organization (who receives funding from Bill Gates' Microsoft Corporation) that deals with copyright licensing of "educational" materials.

"Open Educational Resources (OER) are teaching, learning, and research materials in any medium that reside in the public domain or have been released under an open license that permits their free use and re-purposing by others....

If we are going to unleash the power of hundreds of billions of dollars of publicly funded education, research, data, and software, we need broad adoption of open policies.  For the purposes of open policies that contribute to the public good, we define policy broadly as legislation, institutional policies, and/or funder mandates."

Creative Commons is also a co-leader for the Learning Resource Metadata Initiative (LRMI).

Here is a power point presentation by the LRMI. 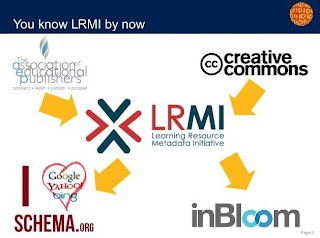 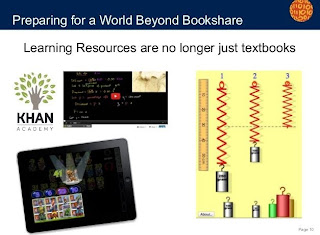 InBloom was funded by a $100M grant from the Gates Foundation to contract with school districts and states to store over 400 data points which can then be shared with other non profits, companies and governmental agencies. 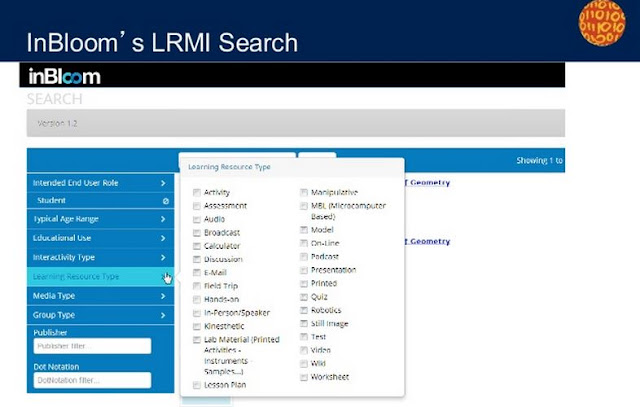 In this March 2013 report by the LRMI, there is a chart which shows the role of inBloom 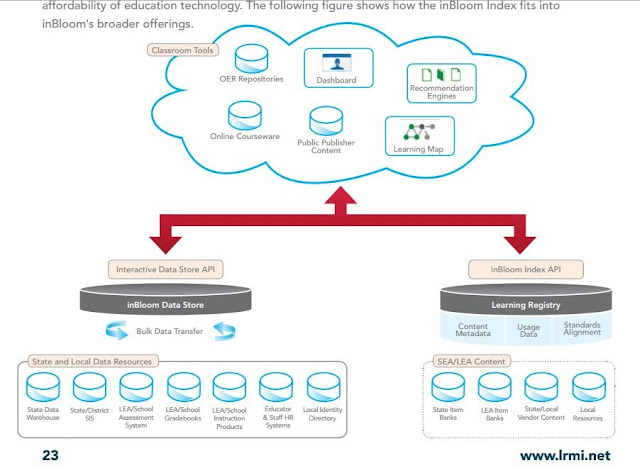 Contributors of the report, of course, included members from the Gates Foundation.  However, the name that stood out was Steve Midgley with the U.S. Dept. of Education:

Previously, Midgley worked for the FCC as the Director of Education where he "headed the team responsible for developing the education chapter of the National Broadband Plan."  This was the broadband expansion plan funded by the Obama stimulus money in 2010.  We mentioned this "Connect to Compete"effort before.  Expanding broadband access was a requirement which laid the groundwork necessary for this effort to work.

Naturally, Mr. Midgley was then promoted to the Dept. of Education after his work at the FCC.

Throw in the George Soros connection and one might wonder what could POSSIBLY go wrong?