No Fooling, the Loves want Planned Parenthood in Every Elected Office

Recently a local reporter posted an article that the hoopla in Chandler Unified School District about a financial connection to Planned Parenthood was simply not true. Here is a screenshot by Kevin Reagan of The Chandler Arizonan. 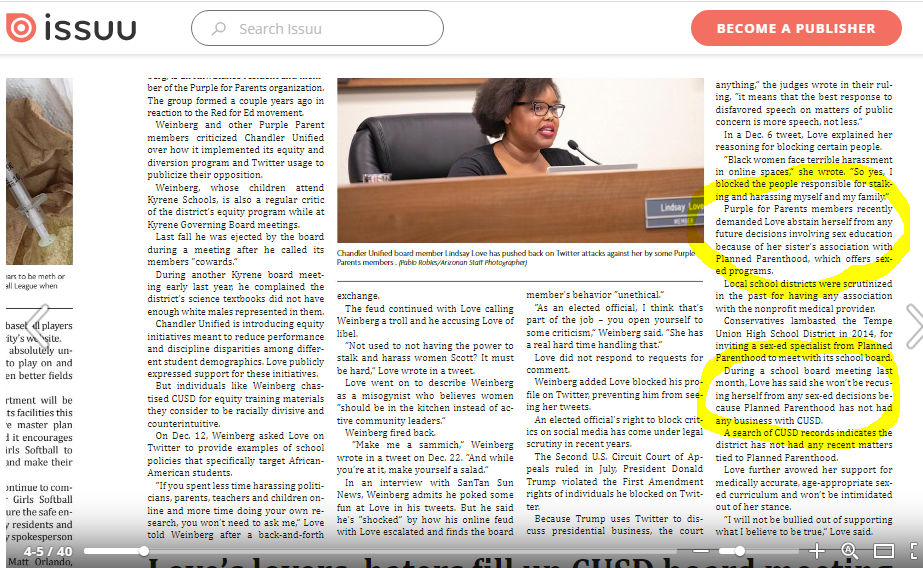 The bottom line is the residents who are supporting the District’s decision for 5th and 6th graders to learn sex ed from their parents know the alternative is likely a curriculum provided by or supported by Planned Parenthood.

For this reason, community members are watching the Chandler District closely since the sister of the board chair of Planned Parenthood Advocates sits on Chandler’s governing board. That’s the good thing, Planned Parenthood prowling does tend to wake people up!

Supporters of comprehensive sex ed lecture us that Planned Parenthood should provide sex ed to prevent unwanted pregnancy. That’s hard to believe with the 2018-2019 annual report which was just published earlier this month. Watch this 2 minute video produced by Live Action for some horrifying numbers.

Since Planned Parenthood has marched into public schools, universities, some churches, Girl Scouts, and many other traditional institutions, their abortion numbers have increased. But Planned Parenthood along with their allies tell us their goal is to DECREASE the amount of unwanted pregnancies. 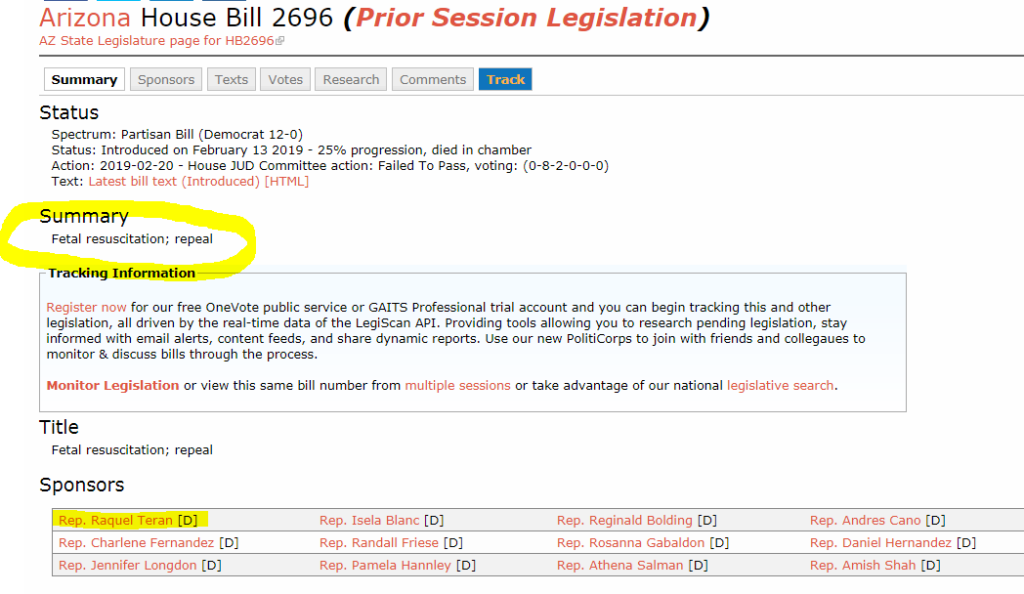 Look who endorsed Ms. Teran for Arizona Legislature in 2018: 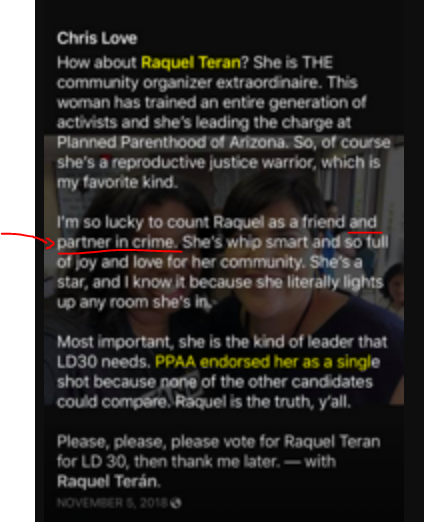 Ms. Chris Love is the sister of Ms. Lindsay Love, Chandler Unified’s outspoken governing board member. The Loves may have each other on speed dial. (Time is money at Planned Parenthood.)

It’s striking that according to Chandler’s district official they got very few phone calls about their decision to have parents teach their 5th and 6th graders sex ed. That wasn’t the plan when Ms. Lindsay Love was elected, so Planned Parenthood had to stir things up.

In fact, it appears Chandler’s administration was trying to use common sense and allow for adequate academic instructional time when they made the 5th and 6th grade sex ed decision. That wasn’t satisfactory for Ms. Lindsay Love. She spits out the “reducing teen pregnancy” line her sister likely coached her to say. And what do Safe Space stickers have to do with reducing teen pregnancy? She has to throw the LGBTQ organizations a bone so they can come to her defense at a future board meeting.

Based on Planned Parenthood’s recent financials, we need to question all of its advertising and all actions by any politician who has a relationship with Planned Parenthood. Chandler Unified always had a good reputation in the community and unfortunately it is being tarnished by one individual on a mission.

To the Arizona GOP–If Not Now, Then When?
SOURCE: https://www.notinourschools.net/no-fooling-the-loves-want-p...