The Latest Crime Wave: Sending Your Child to a Better School 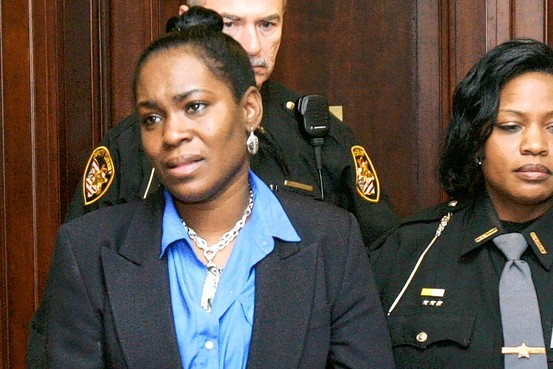 In January, Ohioan Kelley Williams-Bolar was sentenced to 10 days in jail, three years of probation, and 80 hours of community service for having her children attend schools outside her district. Gov. John Kasich reduced her sentence last month

In case you needed further proof of the American education system's failings, especially in poor and minority communities, consider the latest crime to spread across the country: educational theft. That's the charge that has landed several parents, such as Ohio's Kelley Williams-Bolar, in jail this year.

An African-American mother of two, Ms. Williams-Bolar last year used her father's address to enroll her two daughters in a better public school outside of their neighborhood. After spending nine days behind bars charged with grand theft, the single mother was convicted of two felony counts. Not only did this stain her spotless record, but it threatened her ability to earn the teacher's license she had been working on.

Ms. Williams-Bolar caught a break last month when Ohio Gov. John Kasich granted her clemency, reducing her charges to misdemeanors from felonies. His decision allows her to pursue her teacher's license, and it may provide hope to parents beyond the Buckeye State. In the last year, parents in Connecticut, Kentucky and Missouri have all been arrested—and await sentencing—for enrolling their children in better public schools outside of their districts.

These arrests represent two major forms of exasperation. First is that of parents whose children are zoned into failing public schools—they can't afford private schooling, they can't access school vouchers, and they haven't won or haven't even been able to enter a lottery for a better charter school. Then there's the exasperation of school officials finding it more and more difficult to deal with these boundary-hopping parents.

From California to Massachusetts, districts are hiring special investigators to follow children from school to their homes to determine their true residences and decide if they "belong" at high-achieving public schools. School districts in Florida, Pennsylvania and New Jersey all boasted recently about new address-verification programs designed to pull up their drawbridges and keep "illegal students" from entering their gates.

Other school districts use services like VerifyResidence.com, which provides "the latest in covert video technology and digital photographic equipment to photograph, videotape, and document" children going from their house to school. School districts can enroll in the company's rewards program, which awards anonymous tipsters $250 checks for reporting out-of-district students.

Only in a world where irony is dead could people not marvel at concerned parents being prosecuted for stealing a free public education for their children.

In August, an internal PowerPoint presentation from the American Federation of Teachers surfaced online. The document described how the AFT undermined minority parent groups' efforts in Connecticut to pass the "parent trigger" legislation that offers parents real governing authority to transform failing schools. A key to the AFT's success in killing the effort, said the document, was keeping parent groups from "the table." AFT President Randi Weingarten quickly distanced her organization from the document, but it was small consolation to the parents once again left in the cold.

Kevin Chavous, the board chairman for both the Black Alliance for Educational Options and Democrats for Education Reform, senses that these recent events herald a new age for fed-up parents. Like Martin Luther King Jr. before them, they understand "the fierce urgency of now" involving their children's education. Hence some parents' decisions to break the law—or practice civil disobedience.

This life-changing decision is portrayed in Betty Smith's 1943 novel, "A Tree Grows In Brooklyn," also adapted into an Academy Award-winning film. In the novel, Francie Nolan is the bright young daughter of Irish immigrants living in Brooklyn's Williamsburg immigrant ghetto in the early 20th century. An avid reader, Francie is crushed when she attends her local public school and discovers that opportunity is nonexistent for girls of her ilk.

So Francie and her father Johnny claim the address of a house next to a good public school. Francie enrolls at the school and her life is transformed. A teacher nurtures her love for writing, and she goes on to thrive at the school. Francie eventually becomes an accomplished writer who tells the story of her transformation through education.

The defining difference between the two schools, writes the novel's narrator, is parents: At the good school, "The parents were too American, too aware of the rights granted them by their Constitution to accept injustices meekly. They could not be bulldozed and exploited as could the immigrants and the second-generation Americans."

Were Francie around today, she'd be sad but not surprised to see how little things have changed. Students are still poisoned by low expectations, their parents are still getting bulldozed. But Francie wouldn't yield to despair. She would remind this new generation of courageous parents of the Tree of Heaven, from which her story gets its title—"the one tree in Francie's yard that was neither a pine nor a hemlock. It grew in boarded-up lots and out of neglected rubbish heaps and it was the only tree that grew out of cement." The tree, the narrator adds, "liked poor people."

The defenders of the status quo in our nation's public schools could learn a lot from that tree.

Mr. Flaherty is president and cofounder of Walden Media, which coproduced the 2010 documentary "Waiting for 'Superman.'"

Comment by shimauma on October 2, 2011 at 2:59pm
sad state of affairs when the government can dictate where our children are taught.