Ironically we were notified a few weeks ago about a company called Panorama Education which provides equity and inclusion curriculum, along with companion surveys to data mine the nation’s children for who knows what purpose. As with most racially and diversity-driven curriculum, it is packaged with dazzling graphics and vivid colors to entice school boards to adopt it. As a reminder to the Republican Arizona legislators who voted for Social Emotional Learning (SEL) earlier this year, the curriculum is also a guise for gender ideology meant to confuse and sexually exploit children, which then breaks down the family. These are the Republicans who voted for SEL, aka: gender ideology, sex with anyone, any time, any place, anti-Christian values, and data mining children. 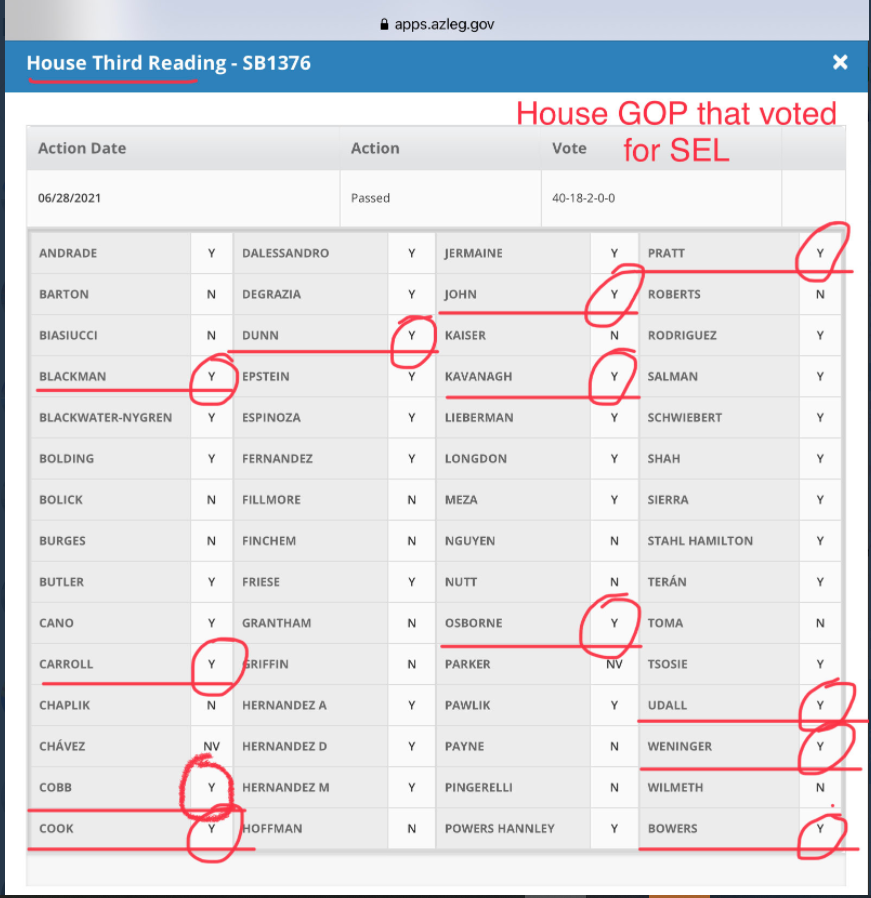 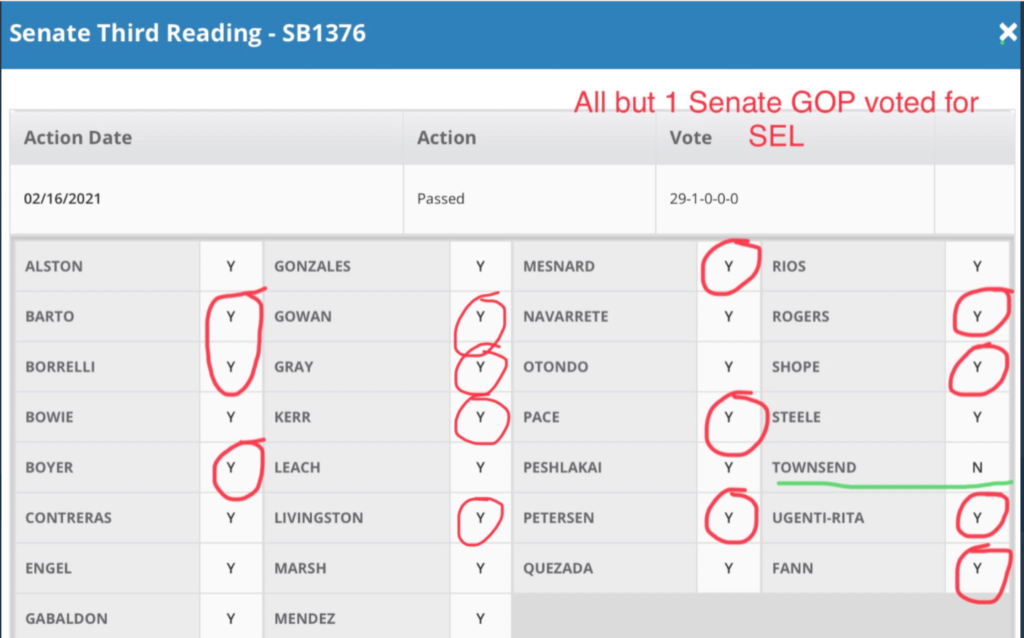 Not long after we heard about Panorama, Attorney General Merrick Garland paid Americans back for not landing a Supreme Court seat by calling parents who complain at school board meetings domestic terrorists. What made Garland’s accusations meaningless was it was discovered his son-in-law is one of the founders of Panorama. There are many henhouses to guard in Washington, DC so parents should not be surprised there is a conflict of interest. And it gets better. Not only are unhappy parents domestic terrorists in between baking cookies and schleppng kids to school and sports, if they voted for President Trump they are White Supremicists per Panorama Education.

So what about Arizona? We have only just begun to dive into this question, but we have found Panorama Education and its surveys alive and well in The Grand Canyon State. After all, remember who our superintendent of public schools is. For starters, Flagstaff Unified has been using Panorama for at least a year. Let’s begin with Governor Doug Ducey’s strategic plan set forth in June of 2020 to address, what else, Covid. While the governor may have acted with good intentions, as we have noted in the past, school districts have used anything Covid to inject social agendas employing Covid dollars to cover the costs. Here is a link to Governor Ducey’s template and Flagstaff’s input. Below is the introduction about the governor’s executive order with a few timely screenshots inserted from the 23 page document. 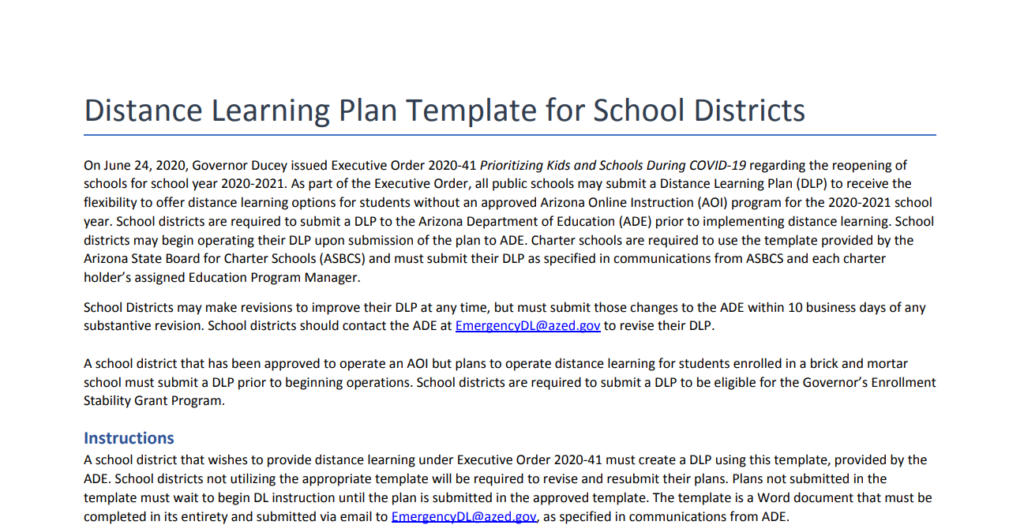 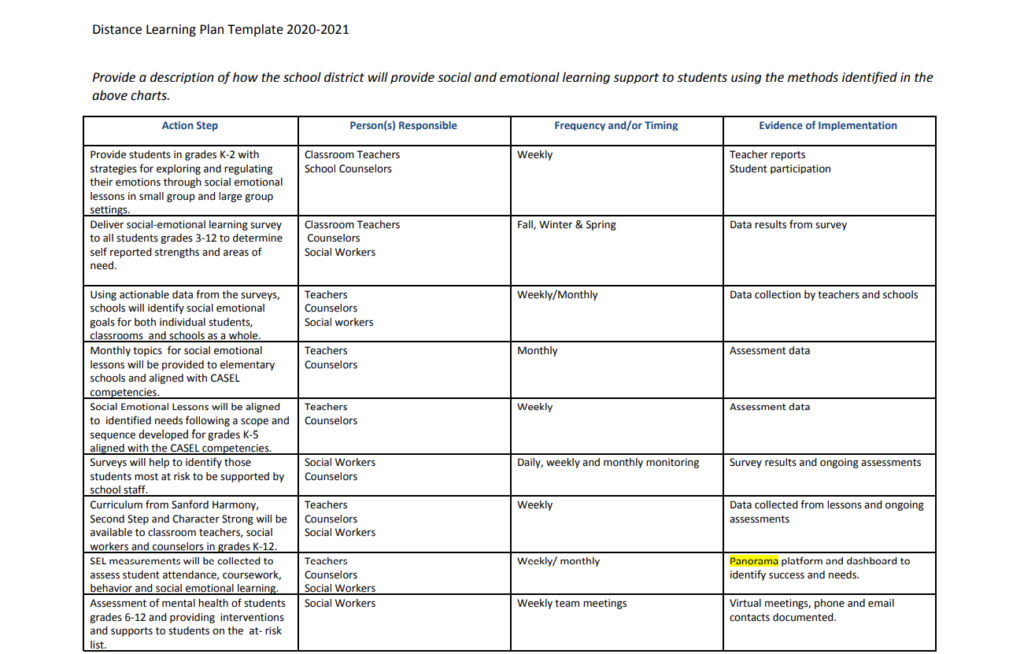 Moving on, here is the strategic plan Flagstaff Schools posted. And continuing the same theme, we screenshotted part of page two. 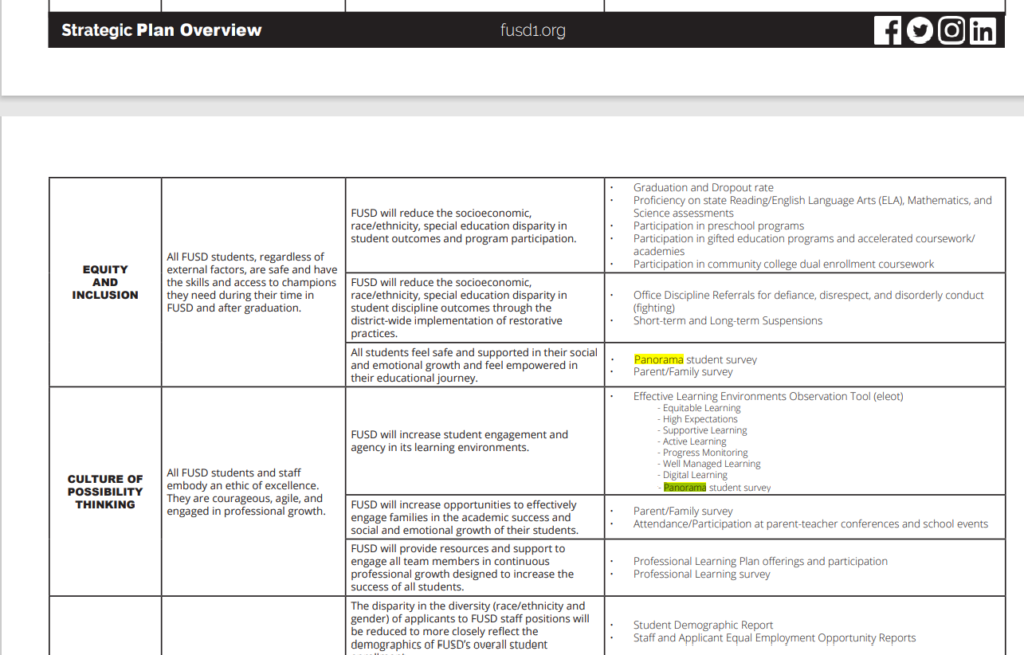 If you live in Flagstaff and think no worries, we will just contact our local schools and make sure Panorama isn’t being used (domestic terrorist activity), it’s too late. Panorama Education surveys are alive and well already. 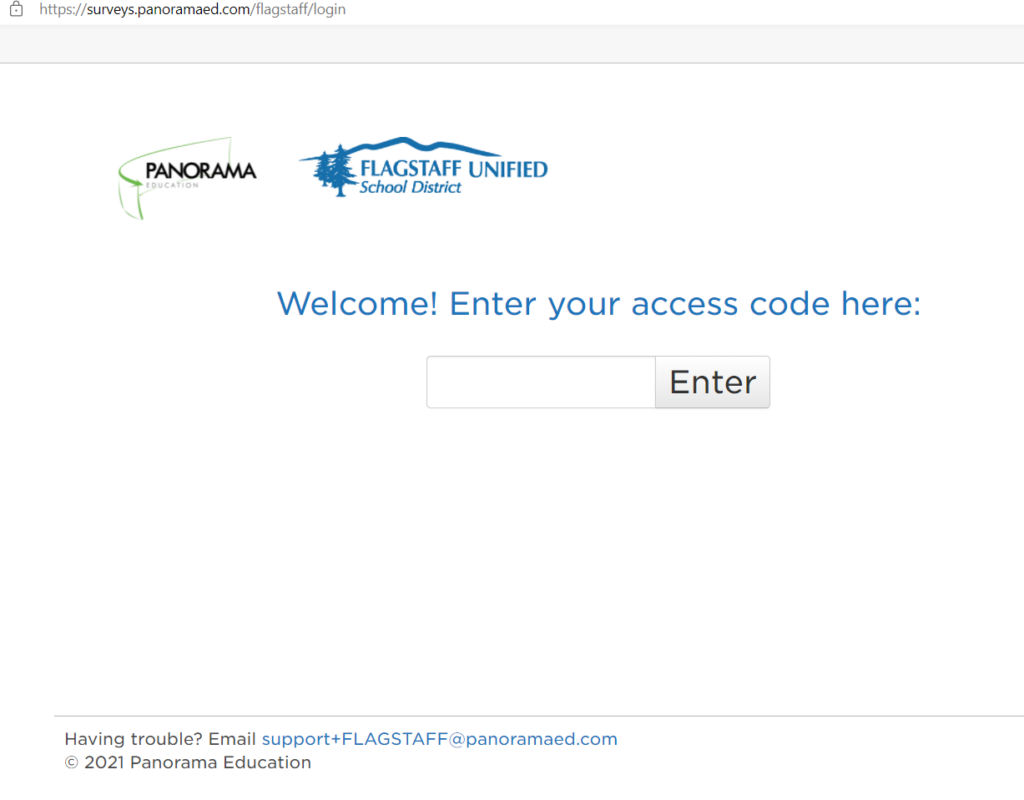 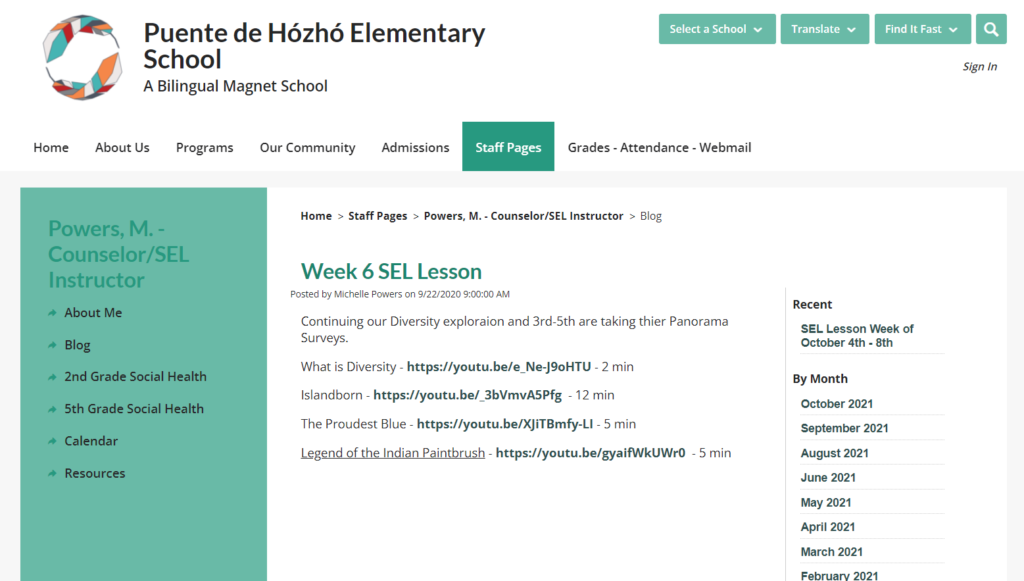 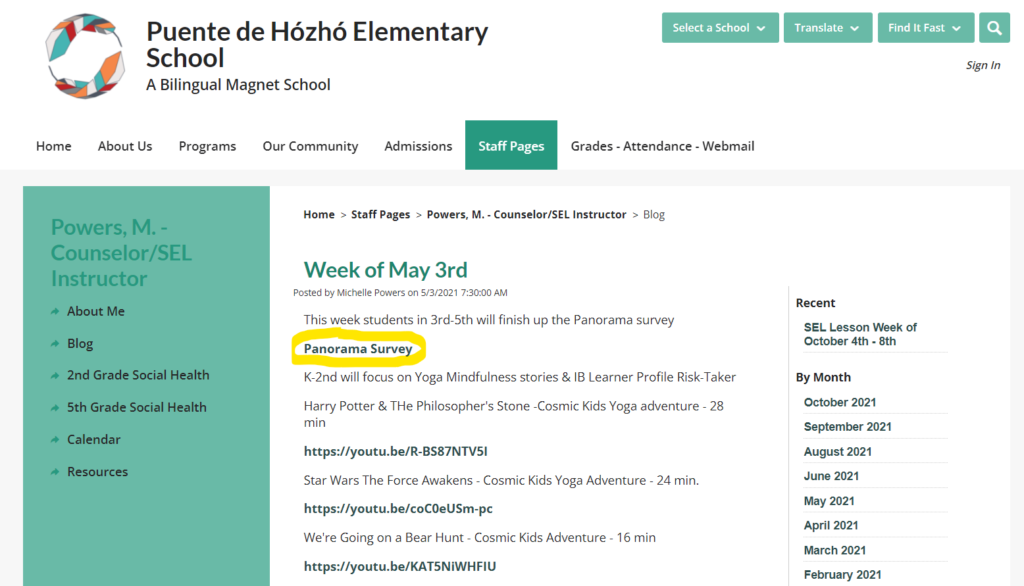 This link is to a social emotional learning schedule at Puento de Hozho Elementary in Flagstaff, just a couple weeks ago. In case the district scrubs this link due to domestic terrorist boy scout den mother complaints, again, we’ve attached a few screenshots. 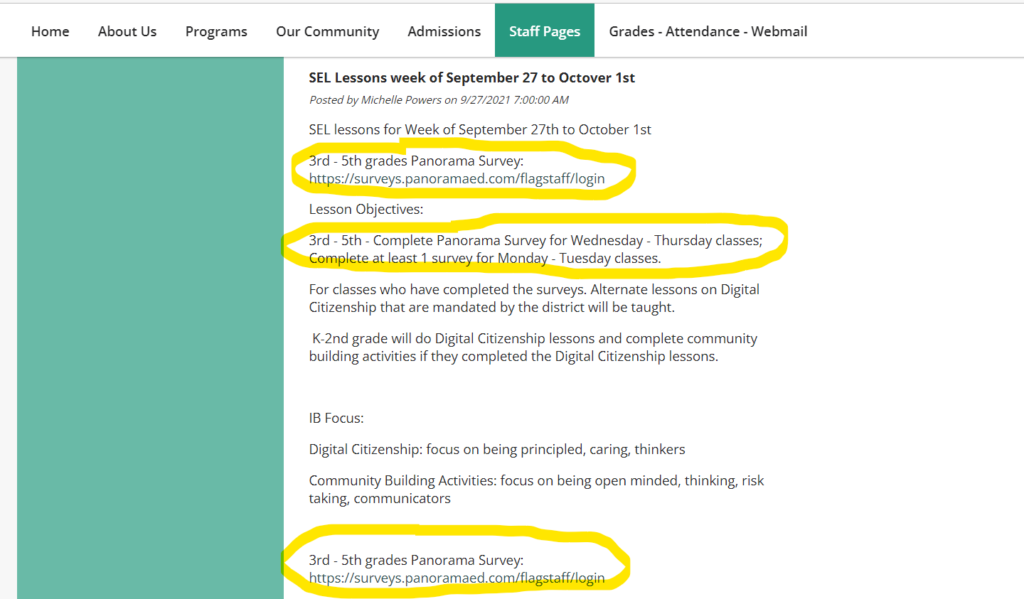 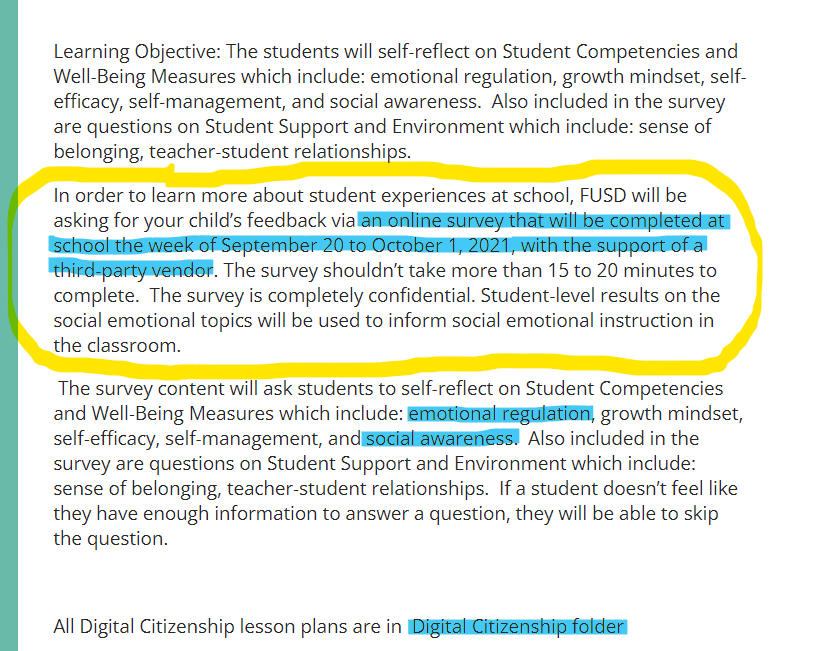 Back to North Carolina, those parents have been on top of this ugly Panorama Education company for a little while. They have started a petition to not only raise awareness but to get to the bottom of the funding and support for these surveys and curriculum in their state. STOP SPYING ON CHILDREN PETITION | Education First NC (edfirstnc.org)

As we probe the situation in Arizona, we may want to follow North Carolina’s lead.