Hobbs was reported to want to take the politics out of her office when she took over. 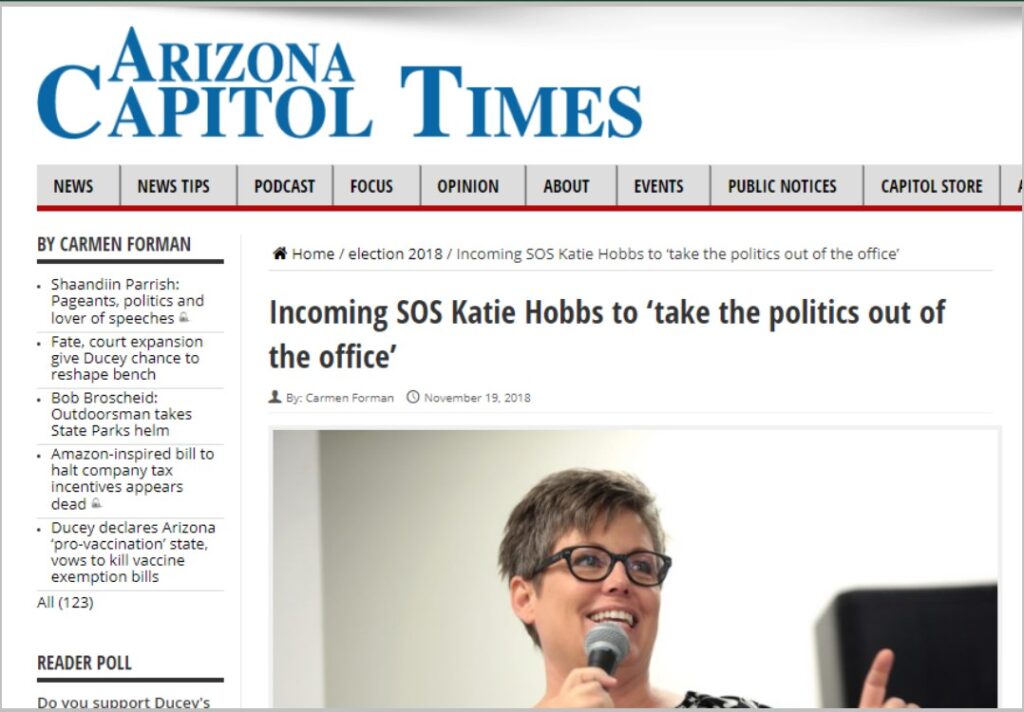 A few days ago, one of the local Kool-Aid drinkers chastised a current Republican Secretary of State candidate about her comments on the wide open southern Arizona border and masking children. 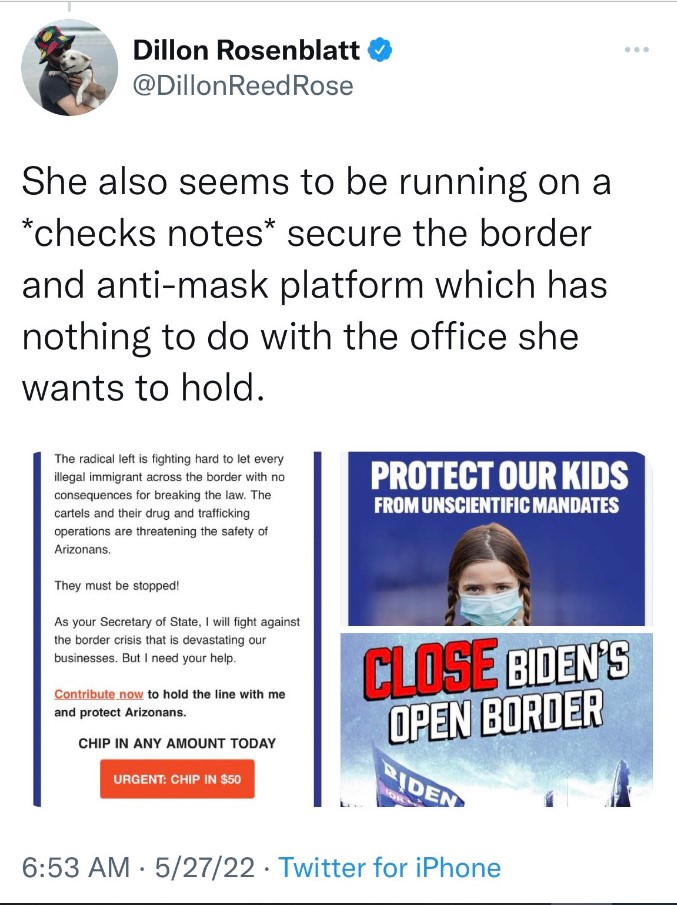 What blue-checkmark Dillon Rosenblatt didn’t tell his handful of readers is this candidate is currently an Arizona legislator, so border issues and masks are under her pervue as she took an oath to defend Arizona, until her term is complete.

We have a tip for Mr. Rosenblatt if he’s looking for a politician who is using her office for political purposes. He needs to look no further than Katie Hobbs, the same Katie Hobbs who took it upon herself to hang the Pride flag on a state government building without authority to do so. Last year, she used her office to berate the Arizona Senate and Governor Doug Ducey about, what else, abortion.

In March of 2021, the Arizona Senate passed a resolution in defense of babies born alive when an abortion is not successful. Isn’t it unbelievable Americans have to have this conversation? Here is a link to the resolution and below that the text of SCR1009. 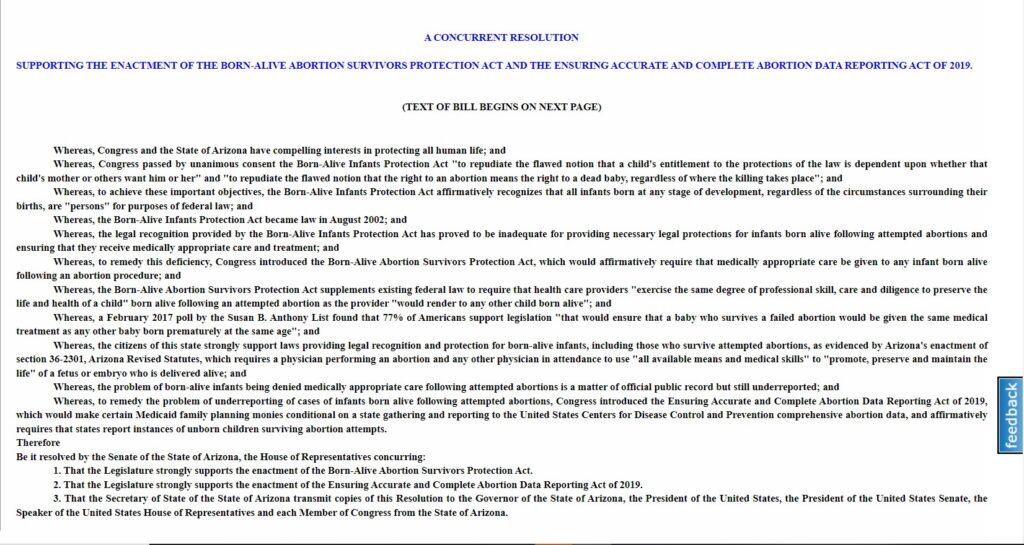 Katie Hobbs was having none of it; her sacrament of abortion must be upheld. What kind of person would withhold medical care to a living, breathing human? These mind games must be tough for her children; how difficult it must be to grow up knowing their lives were spared by their mother who doesn’t value children until they reach a particular age. Does Hobbs fantasize about killing children or what?

Ironically, Hobbs shut down her office because of a “virus”, so her employees were not available for in-person appointments. During this health crisis, Hobbs had time to send the following letter to Governor Doug Ducey, reaming him for following through on what the Arizona Senate passed. Memo to Hobbs: You and the Governor don’t make law, the legislature does. 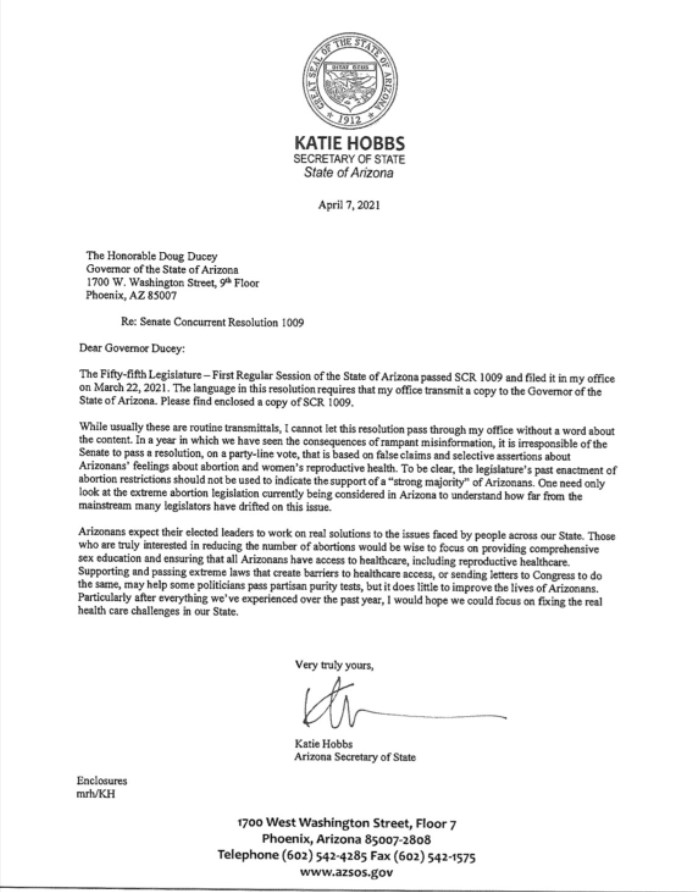 The real public health crisis occurs in abortion facilities daily, especially Planned Parenthood which provides most abortions in the United States. Not only do they slaughter kids, the Glendale Planned Parenthood is now hooking children on trans drugs to cause permanent damage and reliance on these drugs.

While the Secretary of State offices were closed for health reasons, Secretary Hobbs had time to go drinking without a mask with her pro-abortion friends, Chris Love of Planned Parenthood and Dawn Penich-Thacker from Save our Schools Arizona.. 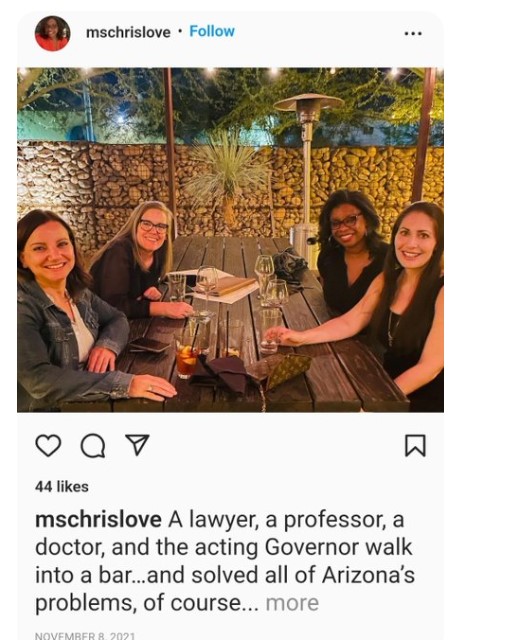 Don’t miss Katie Hobbs’s reference to necessary sex ed in schools (a nod for those Planned Parenthood donations for her run for Arizona governor) in her letter to Governor Ducey. Perhaps she should have stayed in the Arizona Legislature where she was tasked to make laws.