Is a 1 Year Old Too Young For Sexual Indoctrination Or Even Molestation?

[EAN NOTE: Is there no depravity too great to expose children to as long as it is called "education" or "inclusiveness" or "tolerance" or "equity"? Since when is immorality and depravity equal to, or, even, better than, morality and even common decency? Is it socially acceptible for pedophiles to molest children in libraries as long as it is called "education"? At what point do people say "ENOUGH!"]

A library in Fairfax, Virginia, is targeting “school age children,” “preschoolers,” and “babies and toddlers” as the audience for their “Drag StoryBook Hour” scheduled for Saturday, June 26, as part of celebrating “Pride Month.”

After listing the date, time and location, the announcement continued by stating, “Audience: school age children, preschoolers, babies and toddlers.” 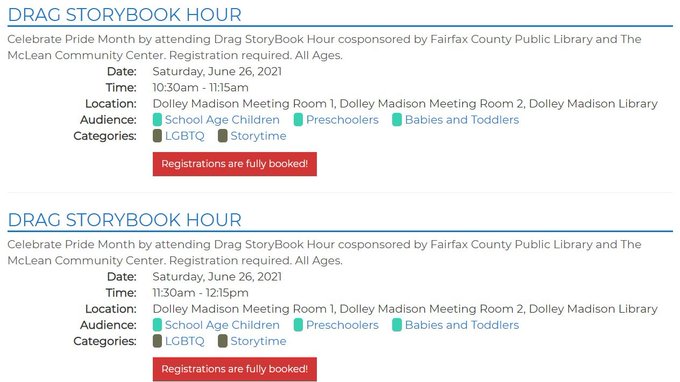 On Thursday, the library tweeted, “As #PRIDE 2021 wraps up, join us virtually Monday evening for our Rainbow Families Storytime. Designed for ages 2-7 with an adult, these inclusive, affirming stories and songs celebrate rainbow families, self-expression, and Pride Month.” 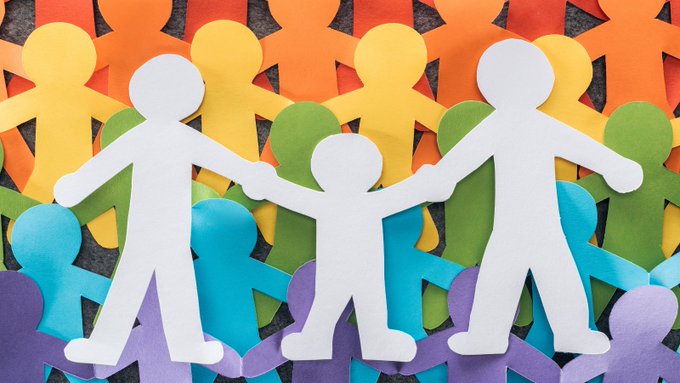 That virtual event, scheduled for June 28, listed its audience as “preschoolers.”

On Tuesday, in Plymouth, Massachusetts, protesters gathered at the Plymouth Public Library as a Drag Queen Story Hour was held. One protester stated, “The idea to bring drag queens down, that are adult entertainers, to talk to children about transgender is completely inappropriate. I wouldn’t be able to take my kids to a drag show.”

In October 2019, a contributing writer for Catholic Arts Today noted in The Wall Street Journal that she had attended a “Drag Queen Story Hour.” Charlotte Allen wrote:

Drag Queen Story Hour started in 2015 in San Francisco and has quickly spread around America and abroad, thanks in part to energetic promotion by librarians and their trade organization, the American Library Association. Many of the sessions take place inside library buildings and schools. …

In 2018 the American Library Association sponsored a workshop in which children’s librarians could “learn best practices for setting up Drag Queen Story Hours in their locations.” Featured was a list of suggested storybook titles for the “toddler and preschool” set, which looked as if it was geared to candidates for puberty blockers: “My Princess Boy,” “William’s Doll,” “Julian Is a Mermaid.”

The Daily Wire reported in October 2019:

The drag queen “strode in suggestively past the children, sitting down in a chair before several preschool-aged girls with his legs spread wide, exposing his nylon covered crotch in front of children sitting at eye level,” she recalled, providing photos of one such incident. “We noticed that he did this often while reading nervously before the children.”

Concerns over so-called “Drag Queen Story Hour” events hosted at libraries across the country were reignited earlier this month when photos of young children laying on top of adult male drag queens were exposed. The photos, which were posted on a Flickr account for Multnomah County Library located in Portland, Oregon, have since been deleted. LifeSiteNews, however, preserved the images, which they have condemned as “child abuse,” before they were removed.