Fun Photos From the AEA Convention

[EAN NOTE: Have you ever heard a shocking story about things happening in other schools and thinking " Thank God that's not going on in MY kids school"? Well, what is obvious in this report, is that indeed those things ARE happening in your kid's school because the perps got together in Scottsdale for a conference to further all those agendas that parents despise most; on your dime. The AEA has it's tentacles around nearly all of our public schools. There are no safe spaces for your children in public schools.]

This weekend the Arizona Education Association (AEA), better known as the Teachers Union that isn’t technically a Teachers Union, met in Scottsdale to elect new leadership. The truth comes out when there is visual evidence.

The AEA, which also politically and socially aligns with RedforEd (the teachers who deserted their kids for six days in 2018) and Save our Schools Arizona (the lobbying group which hangs with Planned Parenthood) incessantly complains to Arizonans they need more money for teachers and the classroom. Therefore, they had their convention at a Scottsdale hotel. 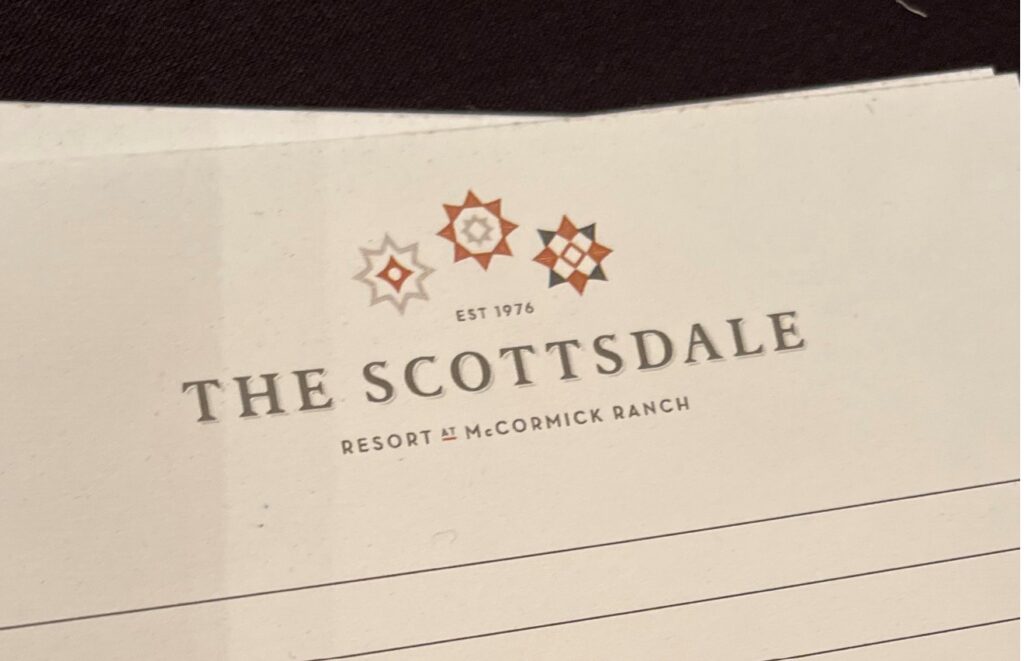 That looks like a pretty fancy place for an organization which monotonously cries about lack of funds. Look at the posh grounds in the picture below. 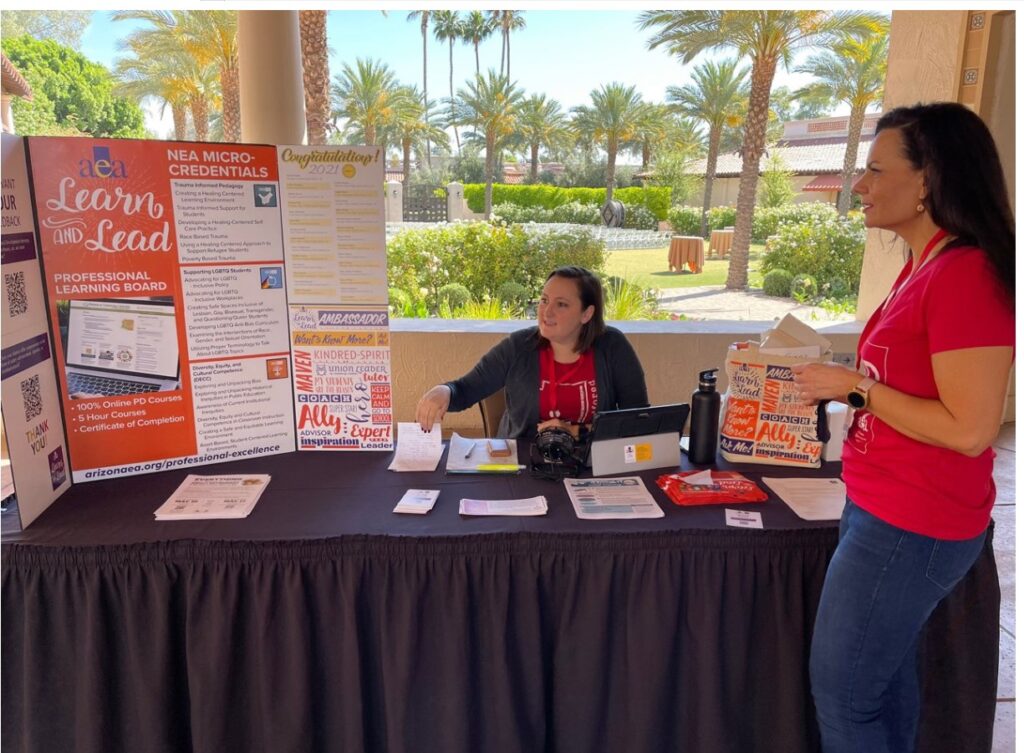 It appears the attendees were given a dress code. Notice all the masks below. This is perplexing as some districts, like Phoenix Union, were offering bribes for their teachers to get the shot. Phoenix Union paid teachers $200 for a jab in the arm. 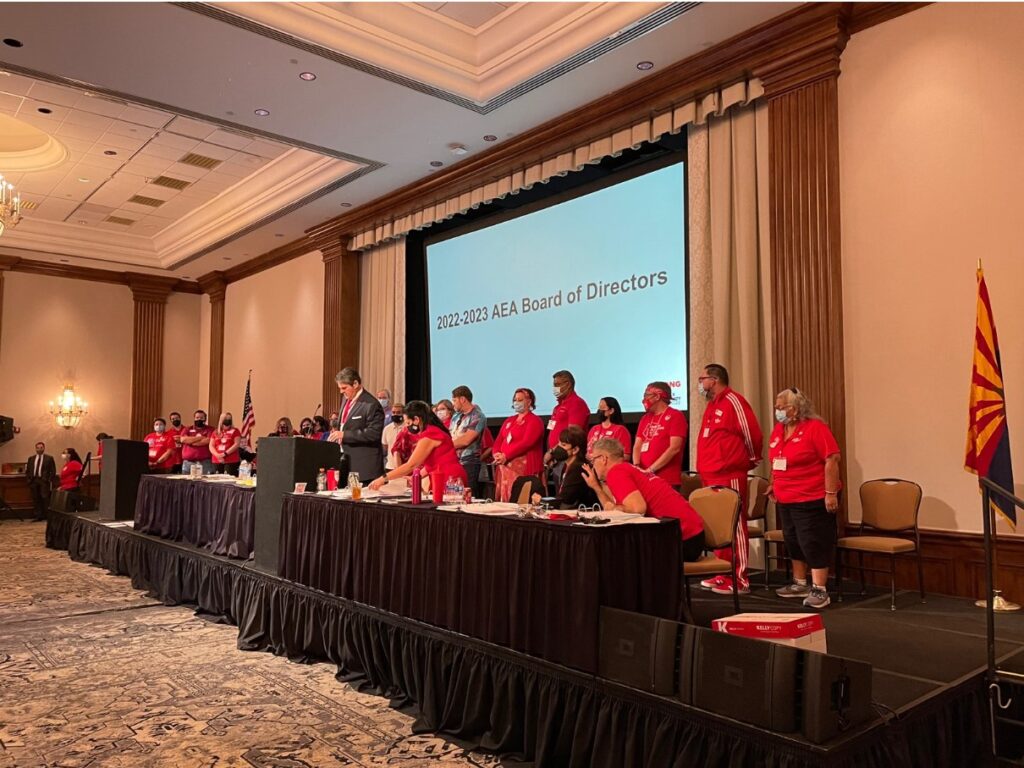 If the shot works, why the masks? Or does the AEA want to keep the Covid fear campaign alive so the pseudo-union can demand unmonitored drop boxes for the midterms later this fall? Hold on, we have one brave rebel. Jay Barbuto, the Left and Right’s favorite Twitter teacher, broke away from group think and took his mask off. Good for you, Jay! 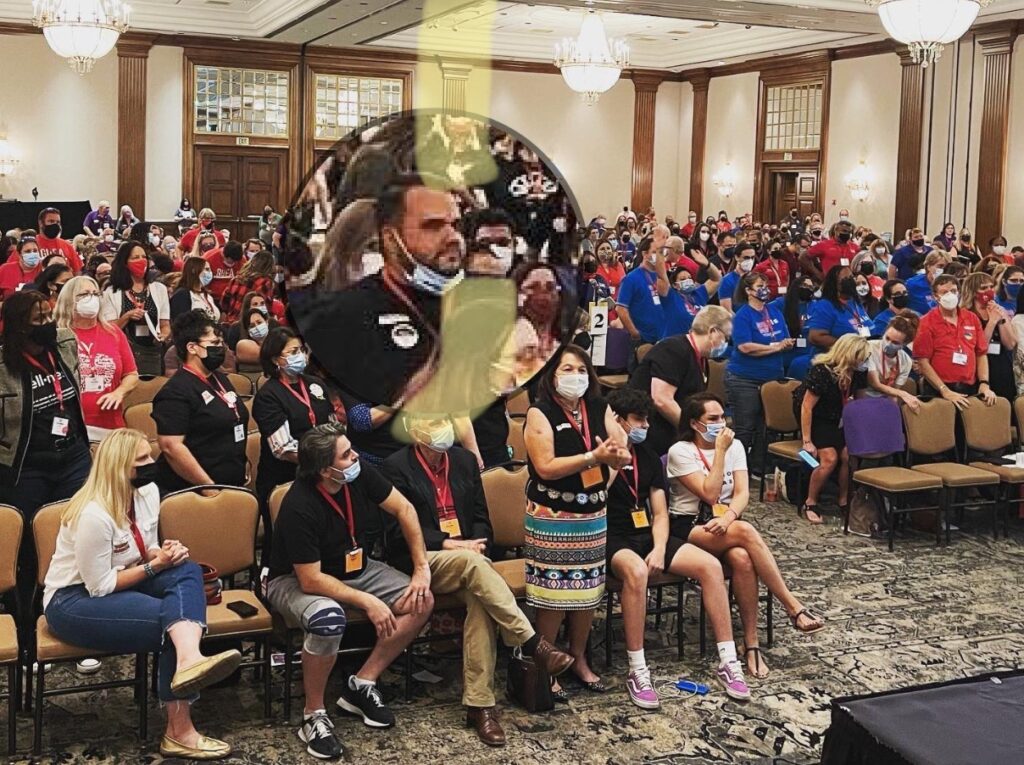 Recently we found out Paradise Valley Schools (PVUSD) is paying lobbyists to drive policy at the Arizona Legislature. PVUSD could save a couple hundred thousand dollars because it looks like the Arizona Education Association has it taken care of. Isn’t it strange Big Education constantly demands more money but here they are doling out money for shots, lobbyists, and a posh hotel. 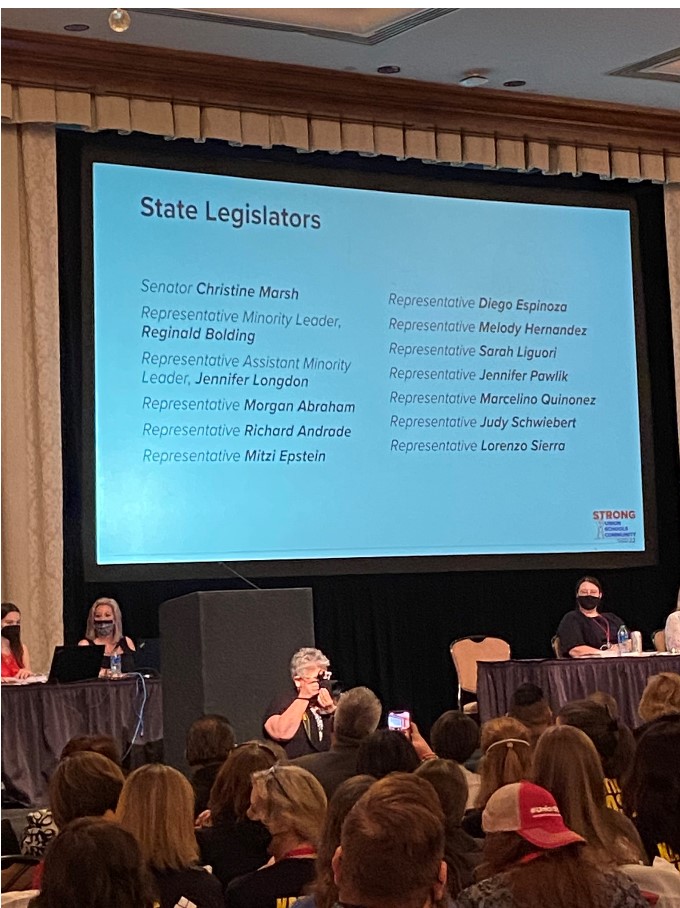 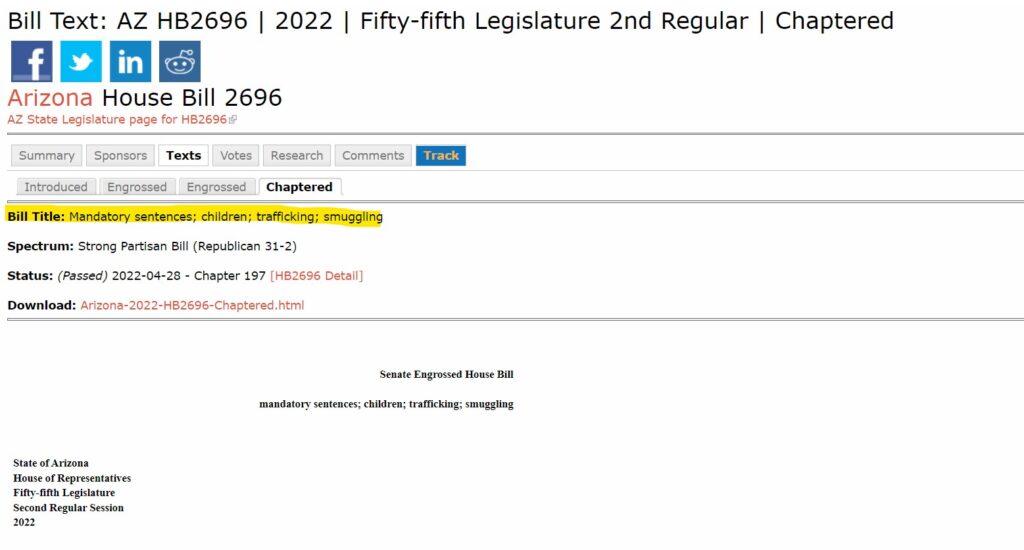 It’s very strange the AEA would approve of a legislator who protects child predators. On that note, here are AEA’s goals, which will be in play with their esteemed legislators. Now we see exactly who is grooming children. 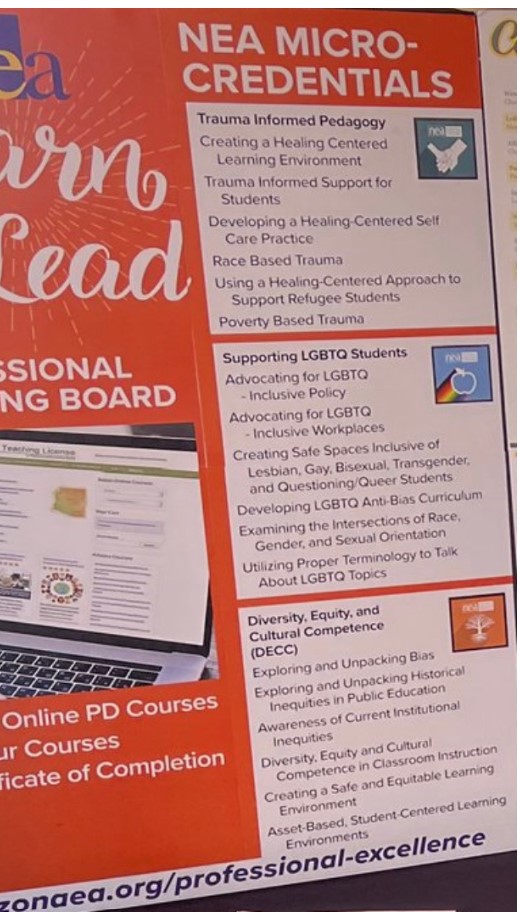 How will the AEA share the sob-filled message that there is no money for schools due to AEA President Joe Thomas, woops, those darn Republicans who consistently vote to keep throwing money at schools? Go to the biggest tool in the AEA/RedforEd/SOSArizona tool box, ABC15’s Steve Irvin. 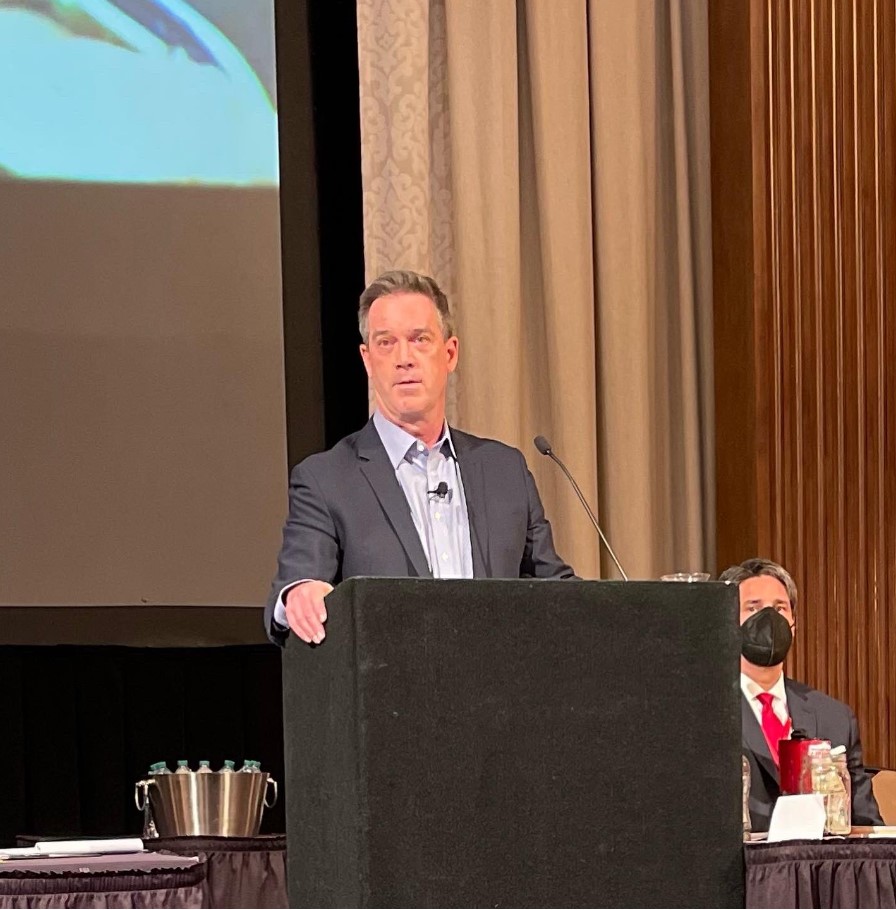 There was a really special speaker at the Arizona Education Association conference the other day. State Senator and disgraced Tony Navarette pal Martin Quezada took the podium. 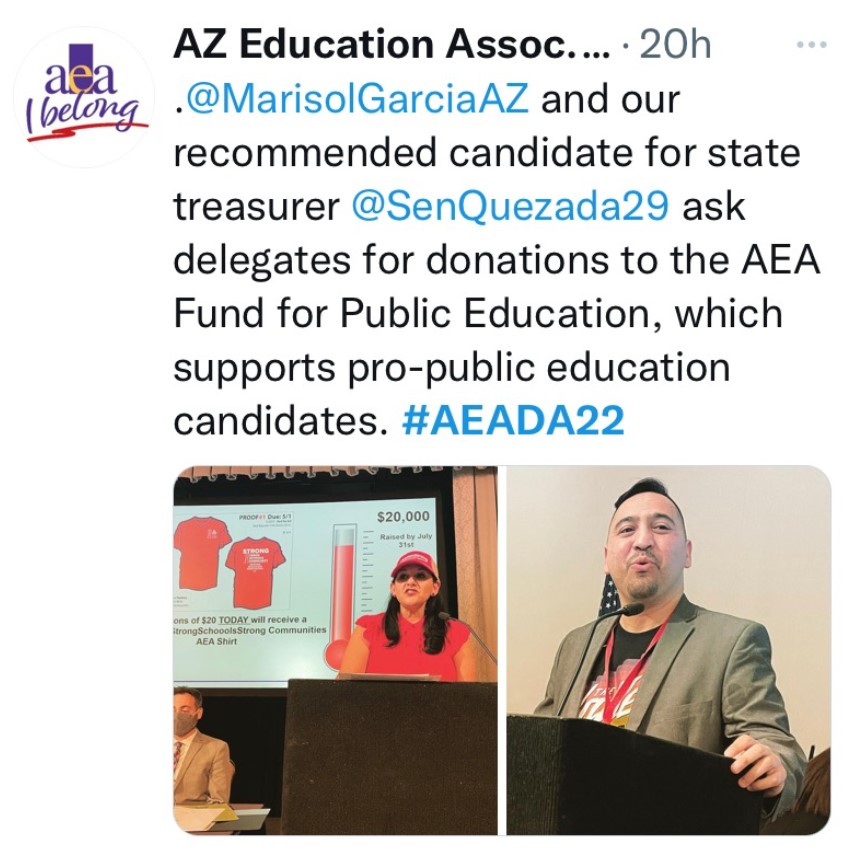 Senator Quezada asked for money? Sounds like another day at the Arizona Legislature. We have a question for Joe Thomas, outgoing AEA President. Does Senator Quezada speaking at the AEA convention have anything to do with his repeated visits to Phoenix Union High Schools? We understand he’s a regular on campus, but for some reason Maricopa County Schools Superintendent Steve Watson was denied entry to Trevor Browne. Is this equality?

Women won the day at the AEA meeting. The new leadership is now lead by, are you sitting? Women! 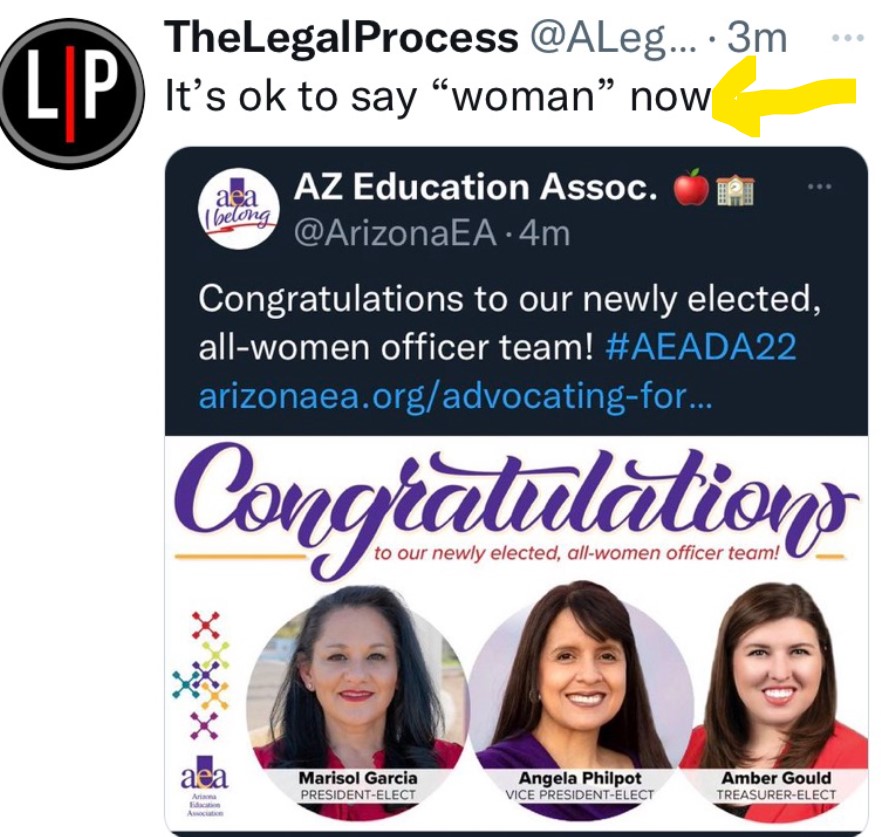 How does that help this poor teacher with a Tempe High LGBTQ shirt? 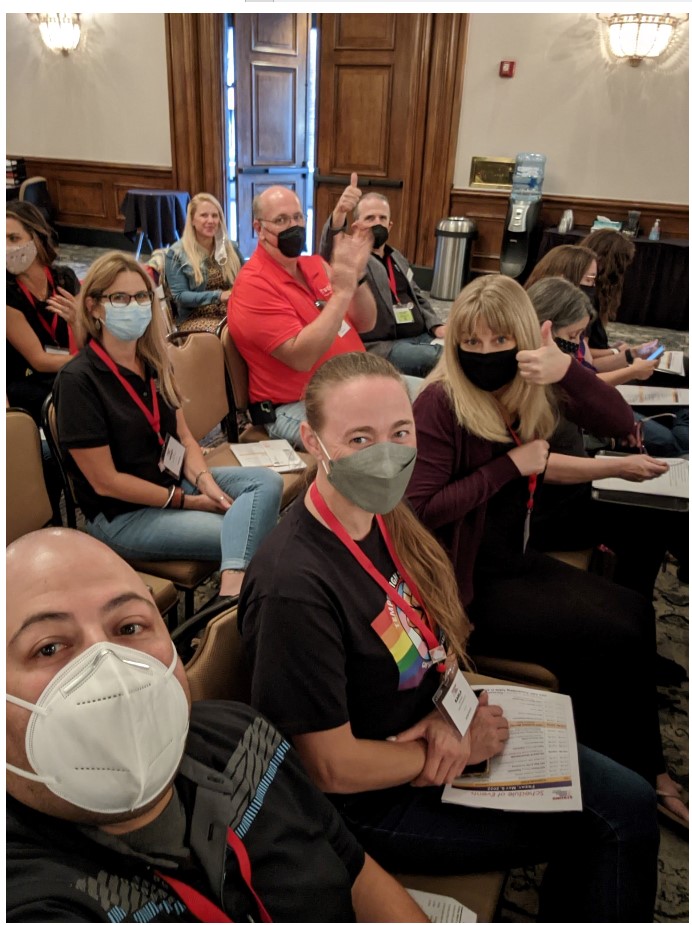 How can she tell her students that boys are women but women need more rights but the newest Supreme Court justice can’t define a woman but girls can be boys but not if they want officer positions in the AEA in 2022? It is so confusing.

Great job everyone! It was another successful weekend for the maskers, jabbers, groomers, and Covidians who call themselves teachers.