by Peggy McClain on October 2, 2021 Not In Our Schools

When this academic year began, many parents used social media to post surveys which schools in Arizona shoved on students, many without parental notification. At the time, it came to light there is an Arizona state statute which addresses student surveys. Basically, if the survey is to be kept on file less than a year by the district or Arizona Department of Education, parents don’t have to be notified. Any survey that is kept more than a year needs a parent’s signature.

Here is the complete bill:

Some of the survey questions asked by teachers were benign, but others raise eyebrows. Since school districts are getting a boatload of “Covid Cash”, districts are taking advantage of the emotional trauma they have caused by shutting out, masking, and quarantining students. Districts can then use negative survey results to hire social workers to further the Teachers Union agendas, namely gender and equity issues.

According to a public records request we filed, surveys were being administered in English class at Sonoran Trails Middle School the first week of August, without parental approval. Was this information staying in the hands of the district less than one year? More on that later. 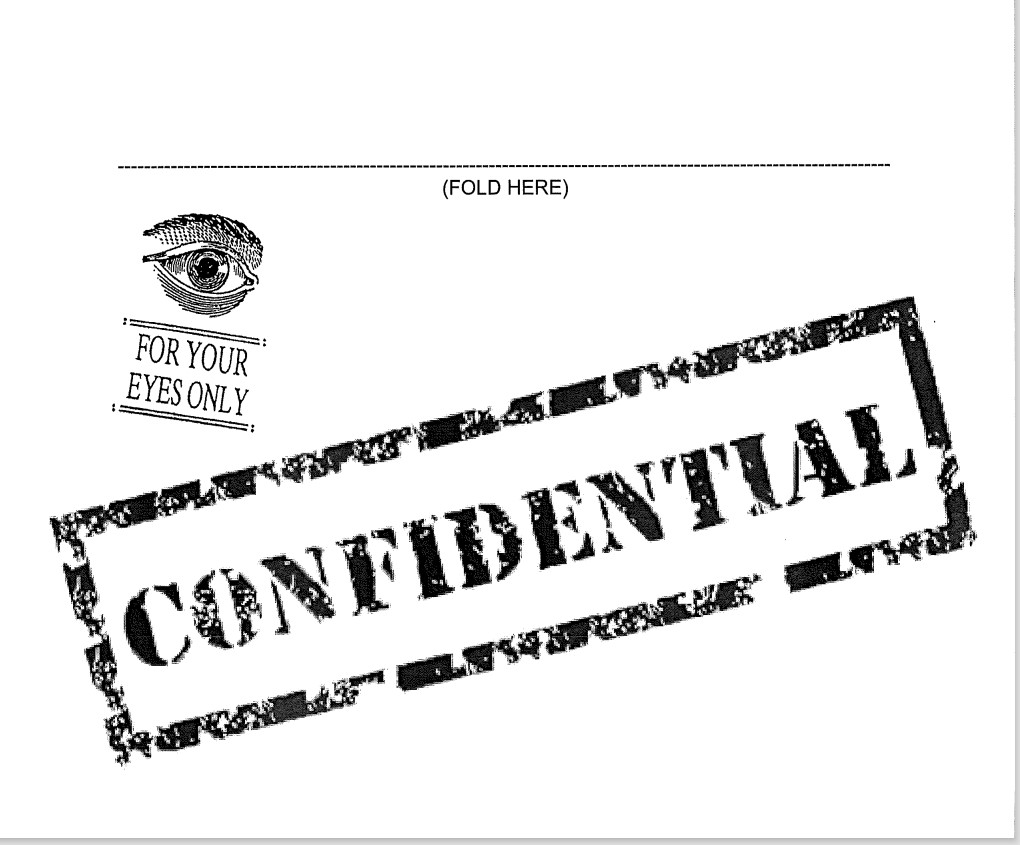 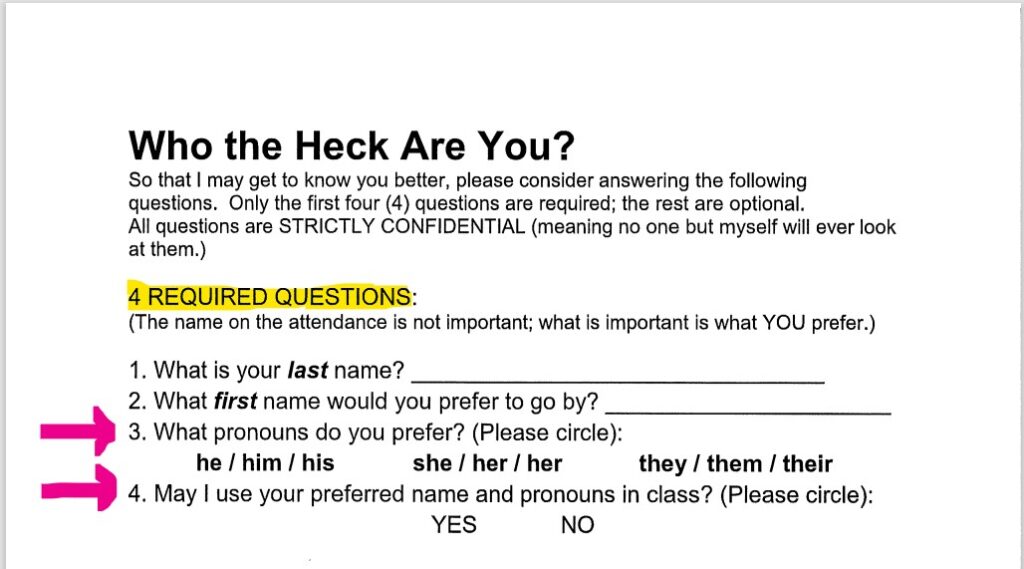 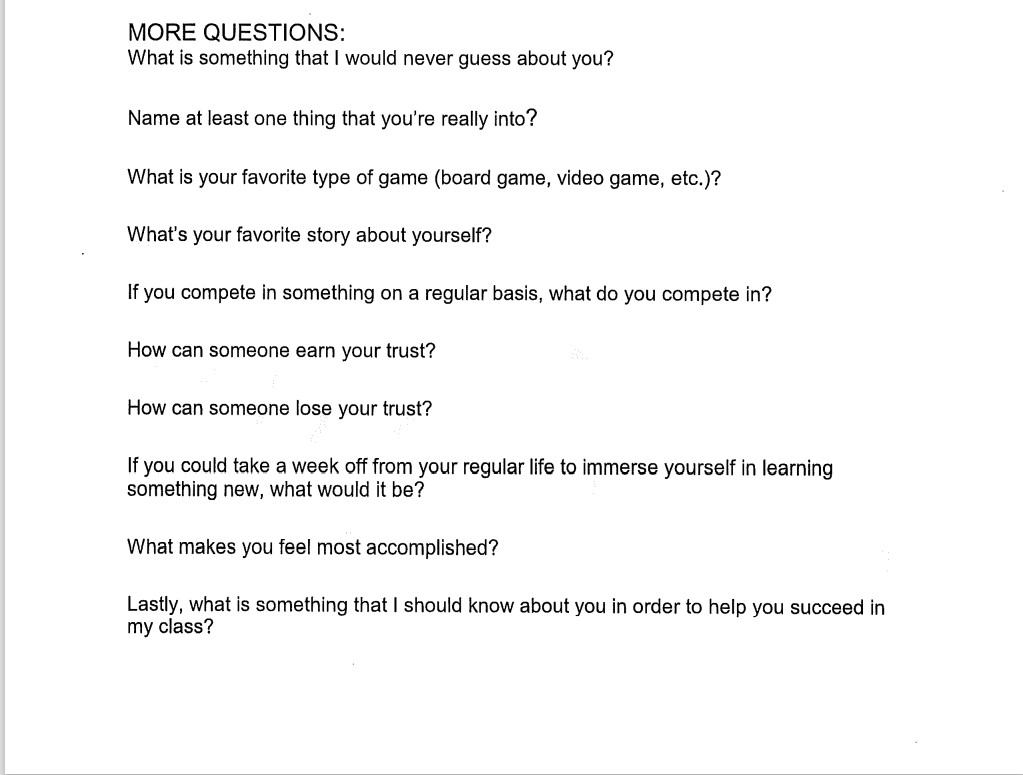 It may be a surprise to Big Education, but asking students what their pronouns are is abnormal. And since schools are looking at almost everything through sexual perversion, asking for a child’s pronouns violates #13 in the Arizona statute above. Since parents didn’t know about the survey, how will they know whether to ask if the information will be in the district’s or Arizona Department of Education’s hands more than one year? 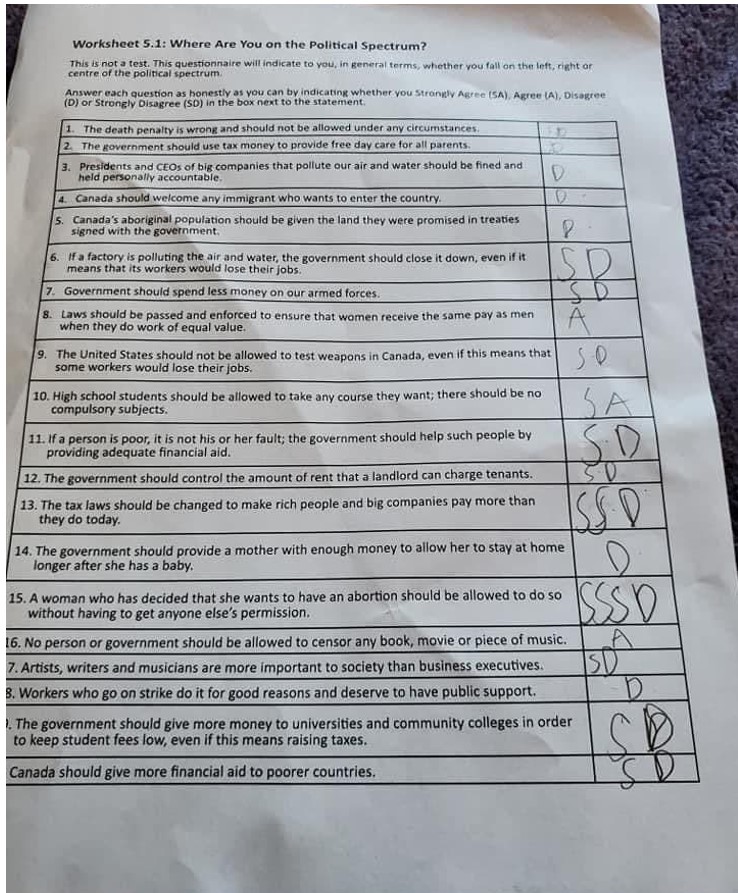 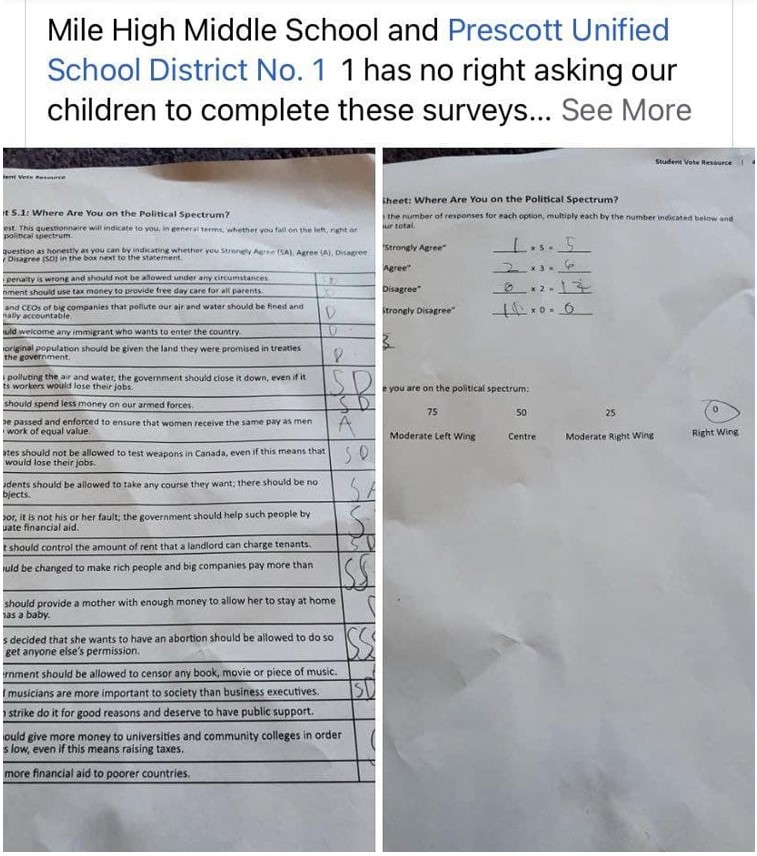 Perhaps local parents can find out the purpose of the surveys and the chain of custody. Meanwhile, despite Arizona state statute, did these school districts have the legal authority to issue these surveys, even if they are only kept for less than one year? Last November, the Protection of Pupil Rights Amendment (PPRA) was issued, under the United States Department of Education. 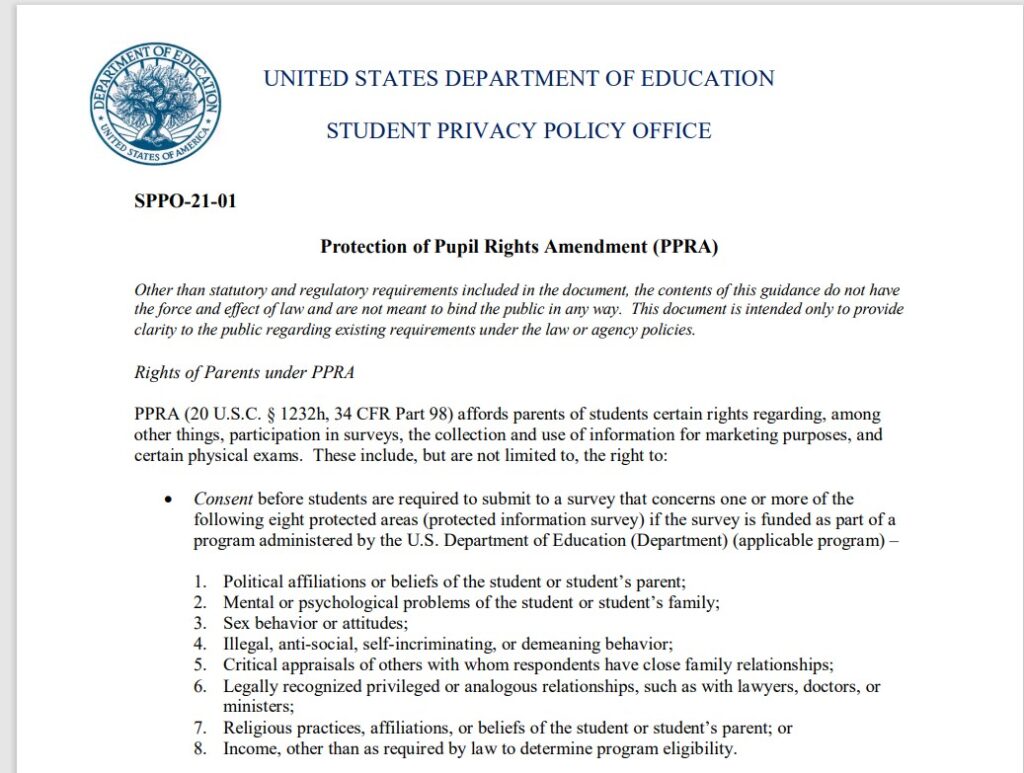 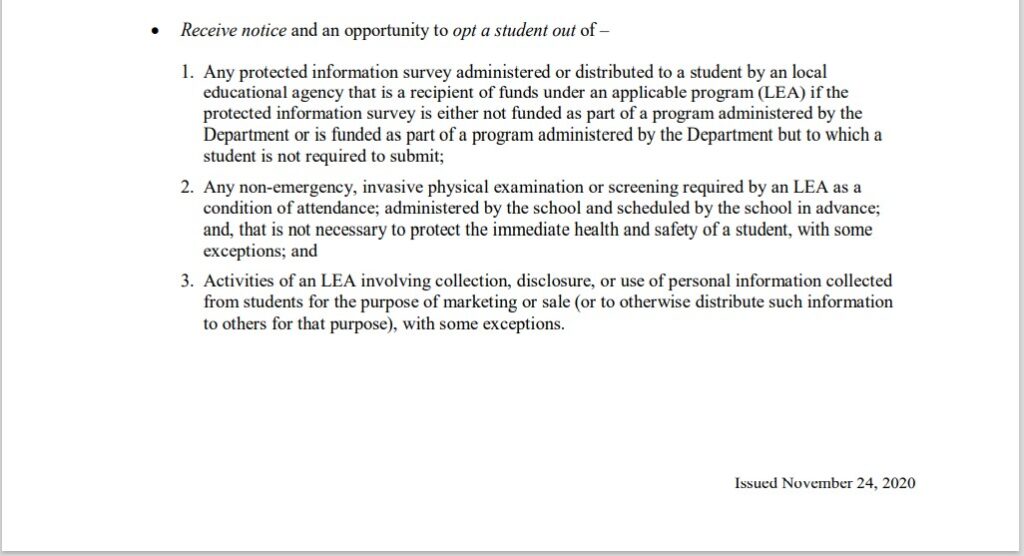 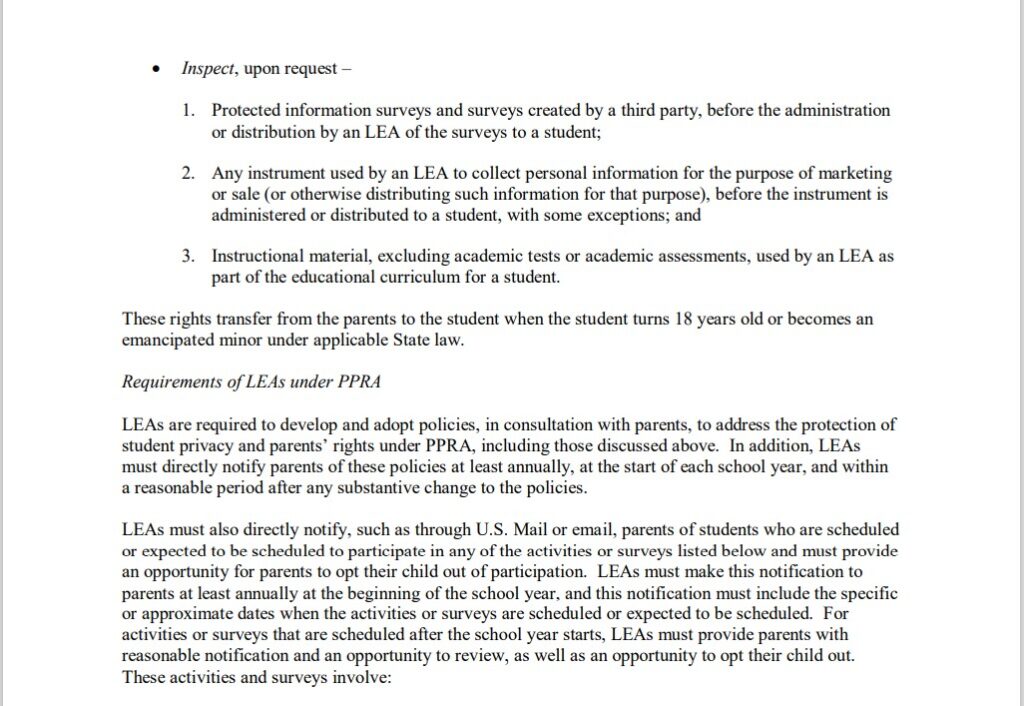 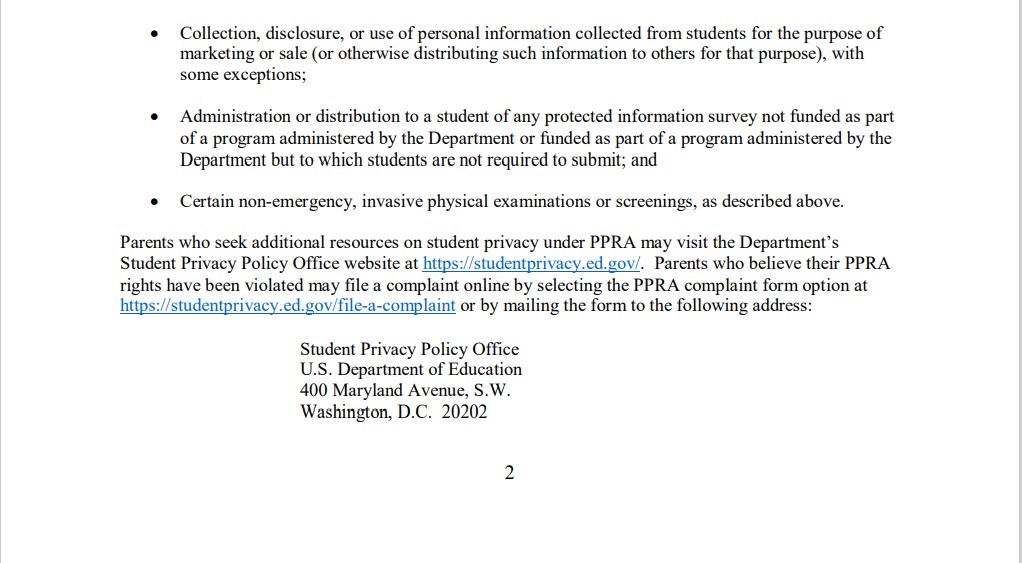 Below is link for the PPRA complaint form. There is a focus on surveys connected with federally funded programs. However, it appears there is still an opportunity to file a complaint even if federal money isn’t involved. With the amounts of Covid Cash flowing to the schools from the Feds, parents may have some recourse after all if they are not made aware of these surveys BEFORE their child takes them, even if they are kept on file less than one year. 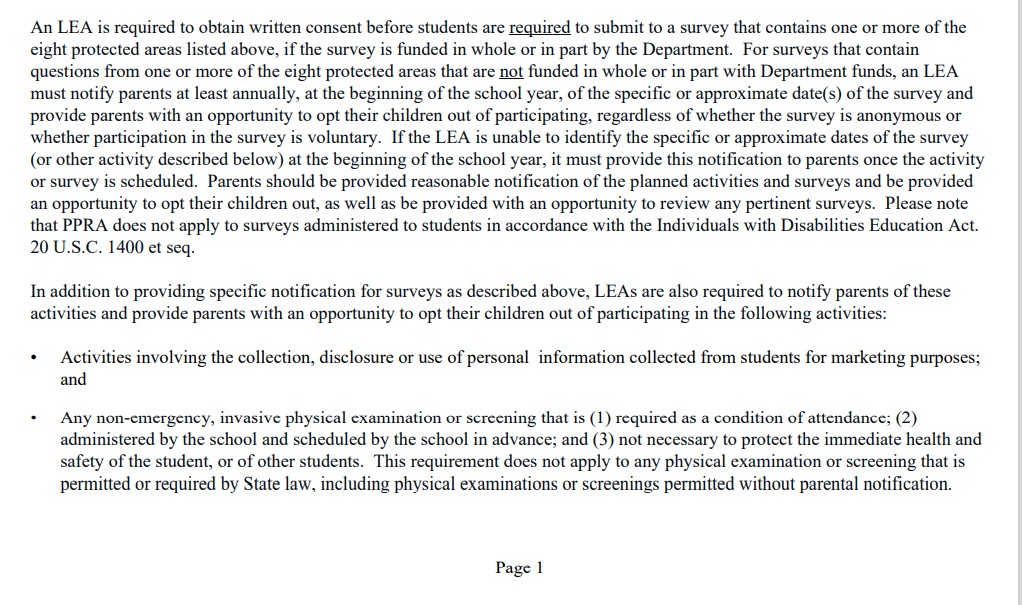 We want to thank a reader who brought this amendment to our attention. Also, Arizona Legislators–please weigh in regarding Arizona survey statutes in relation to PPRA. And parents, if you file a complaint with the United States Department of Education because you were not notified about your child’s survey, please let us know how it progresses.

How We Are All Participating in Abortion and We Don’t Even See It
SOURCE: https://www.notinourschools.net/does-federal-law-trump-arizona-scho...

Thank you Peggy (:  I hope the candidates who are conservative running for school board see this!!!