Arizona: Merrick Garland’s Panorama is Here and it’s Top Down

Every since Attorney General Merrick Garland accused parents, and by the way the group of people who pay his salary, of being “domestic terrorists”, much has surfaced about his connections. Quickly we learned his son-in-law has a financial interest in a questionable curriculum which surveys students and school staff known as Panorama Curriculum. It turns out at least a few school districts in Arizona are associated with Panorama. However, it might be more.

First we will lay out many emails from the curriculum director at Creighton Elementary School District. Keep in mind Creighton is closely tied with Planned Parenthood and feeds into Phoenix Union High School District. We do want to thank Creighton for a few things: They responded quickly to our requests. They also provide the information we request in a manner that doesn’t cost us a dime. That is appreciated. The emails embedded in this post are merely to share with fellow Arizonans to let them know we are pretty tight with Merrick Garland’s family of data miners.

This recent video uncovered loads of information about Panorama in North Carolina. There will be overlap to what is occurring in Arizona.

There are many references to ELEVATE; it is related to Panorama.

Look at the email from the Arizona Department of Education to Creighton. These emails lay out the launch into Panorama Surveys. 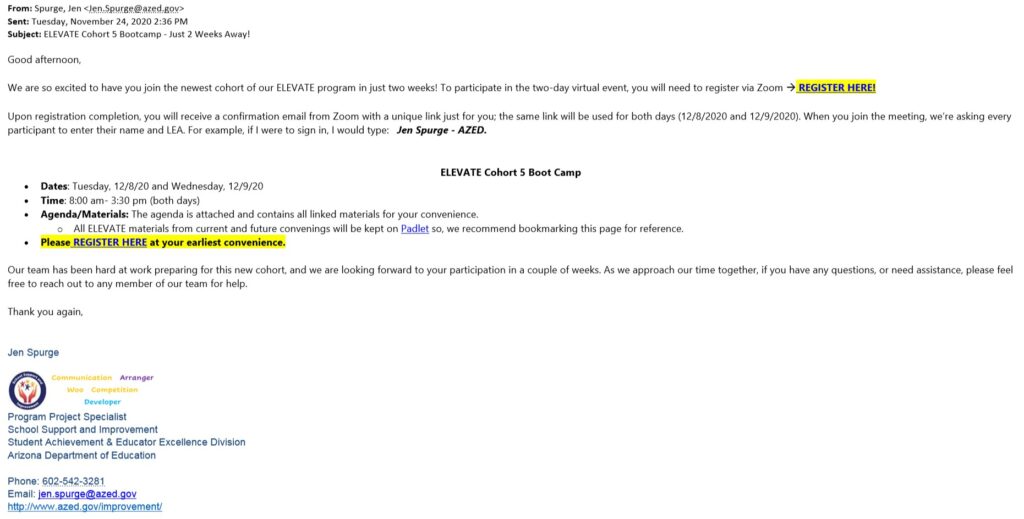 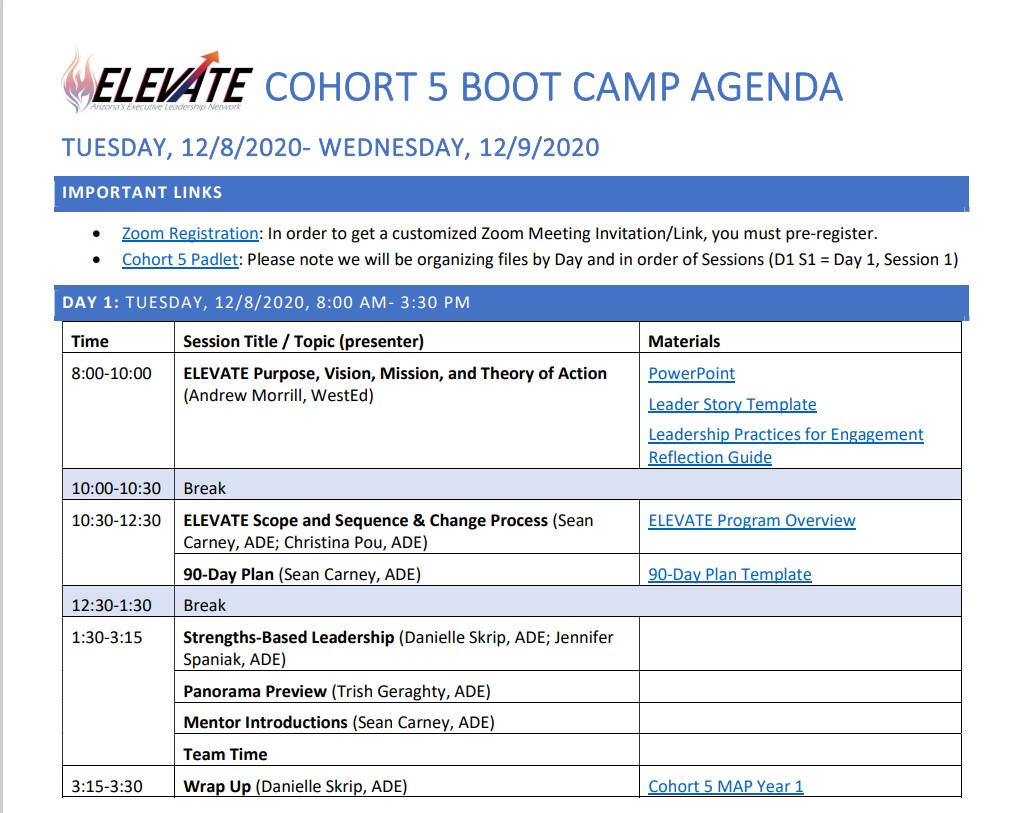 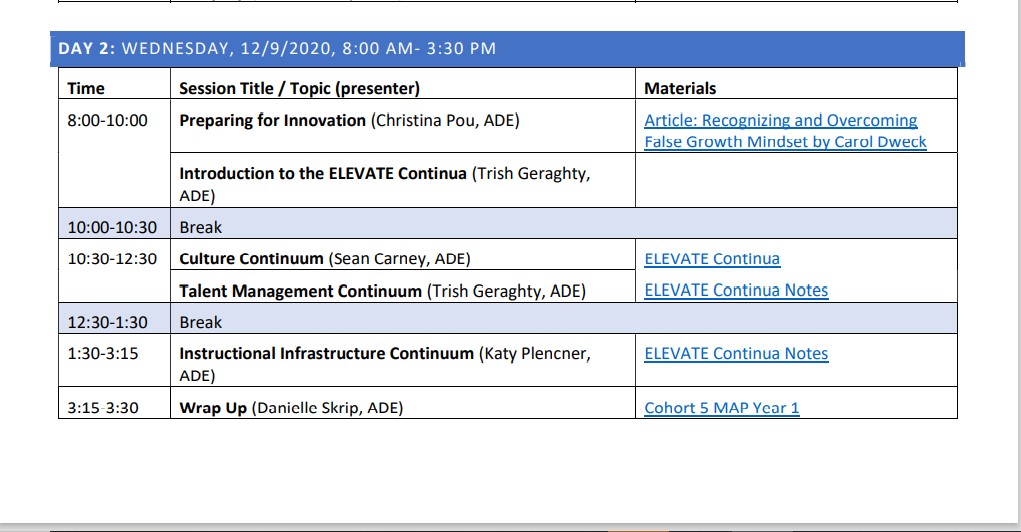 Notice the list of employees at the Arizona Department of Education who are being used for these programs, and this doesn’t include those behind the scenes we don’t of. How much is this costing taxpayers?

So glad Serena told her audience she’s female. This is representative of the mess that is the Arizona Department of Education. Remember, it is all top down. 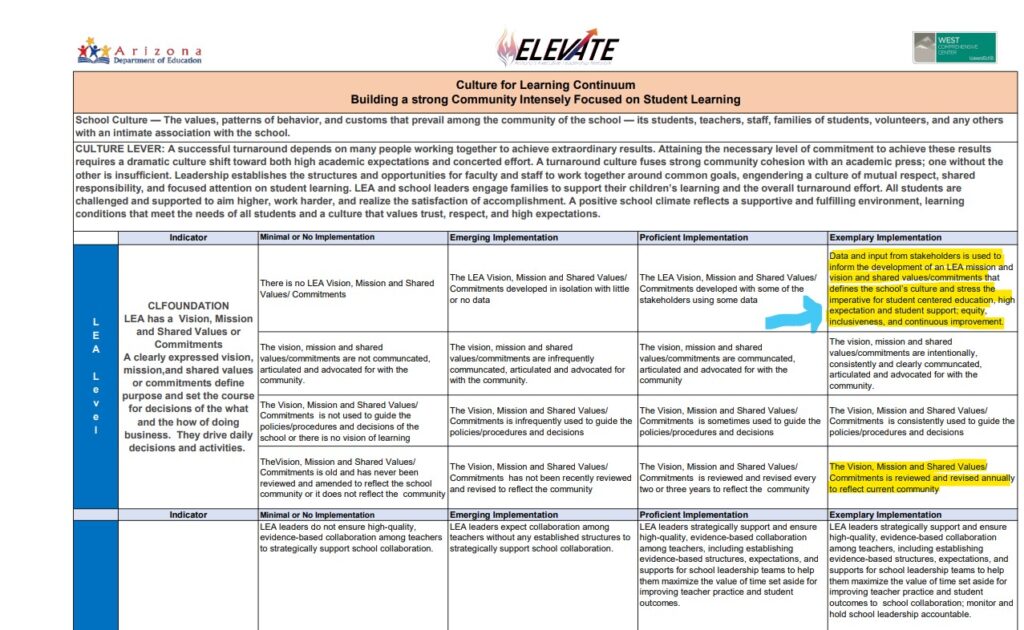 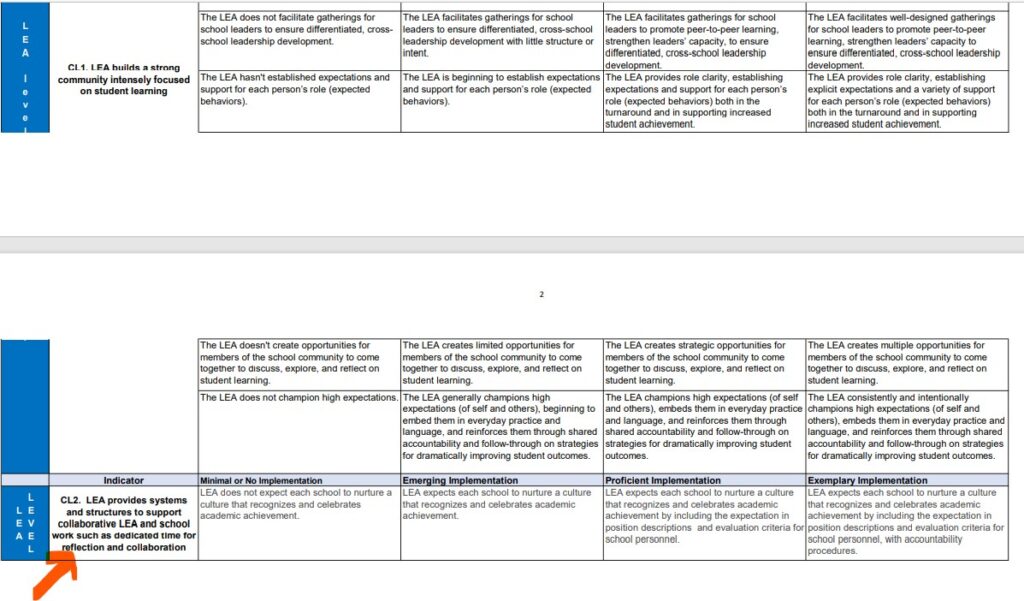 Remember when we were told students would have early release one afternoon each week for collaboration? Parents were under the impression it was to help their children’s academics. 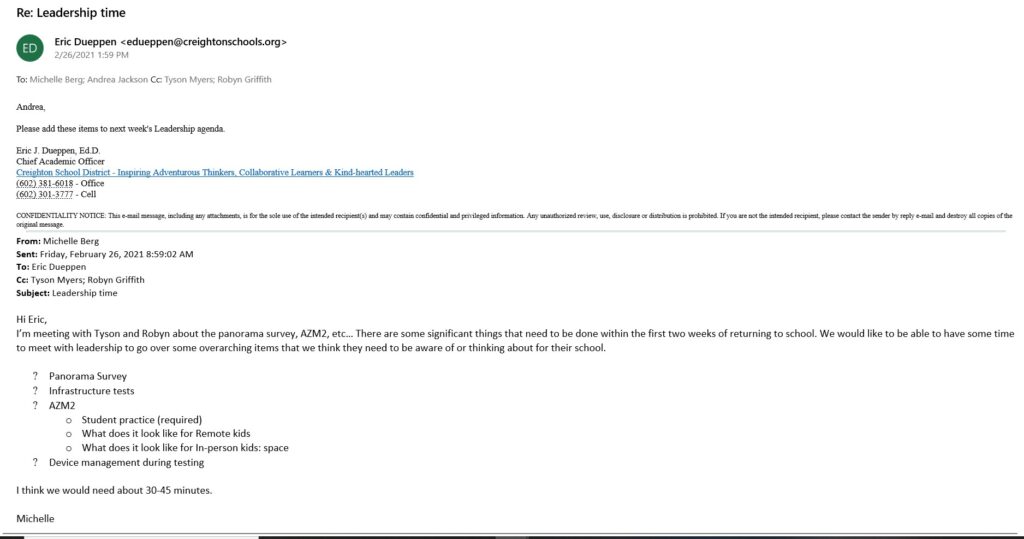 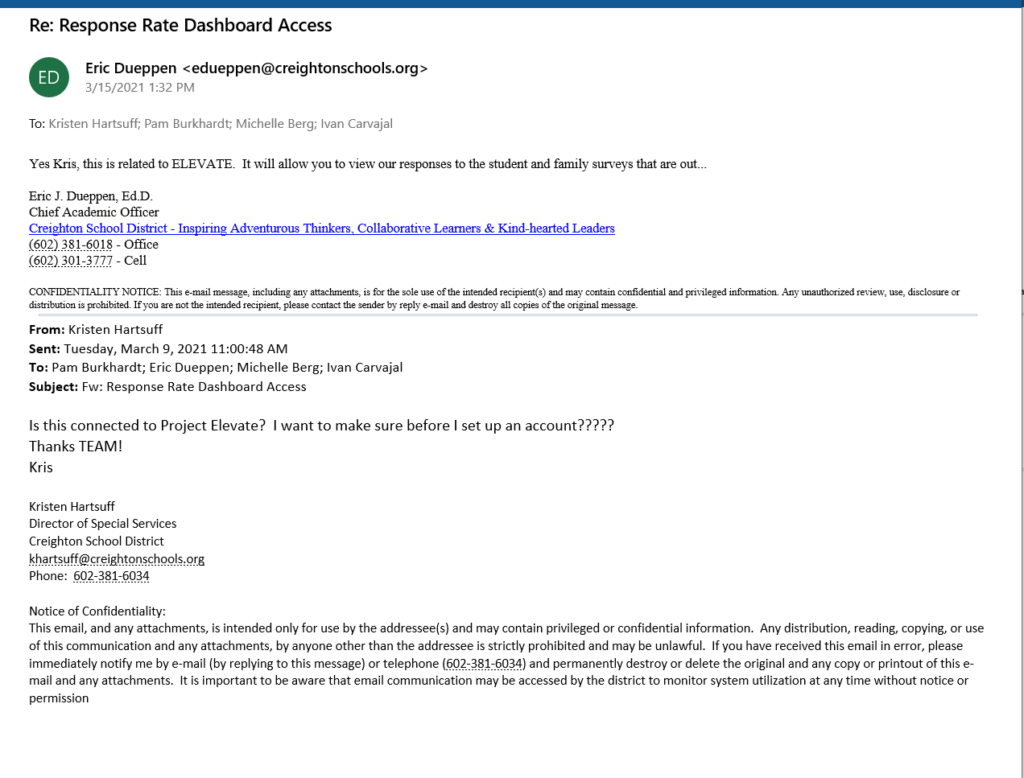 The following emails from the curriculum director at Creighton and fellow employees continue to tie Project ELEVATE to Panorama. 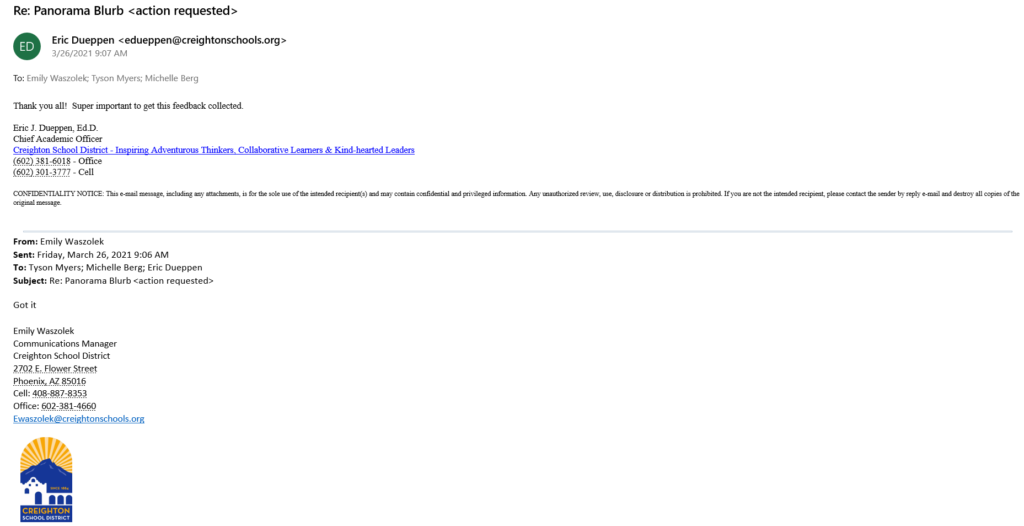 CASEL (mentioned in the above email) is another, yes another, very common Critical Race or Critical Theory curriculum in use right now. Phoenix Union uses CASEL, which makes sense since Creighton is a feeder district. 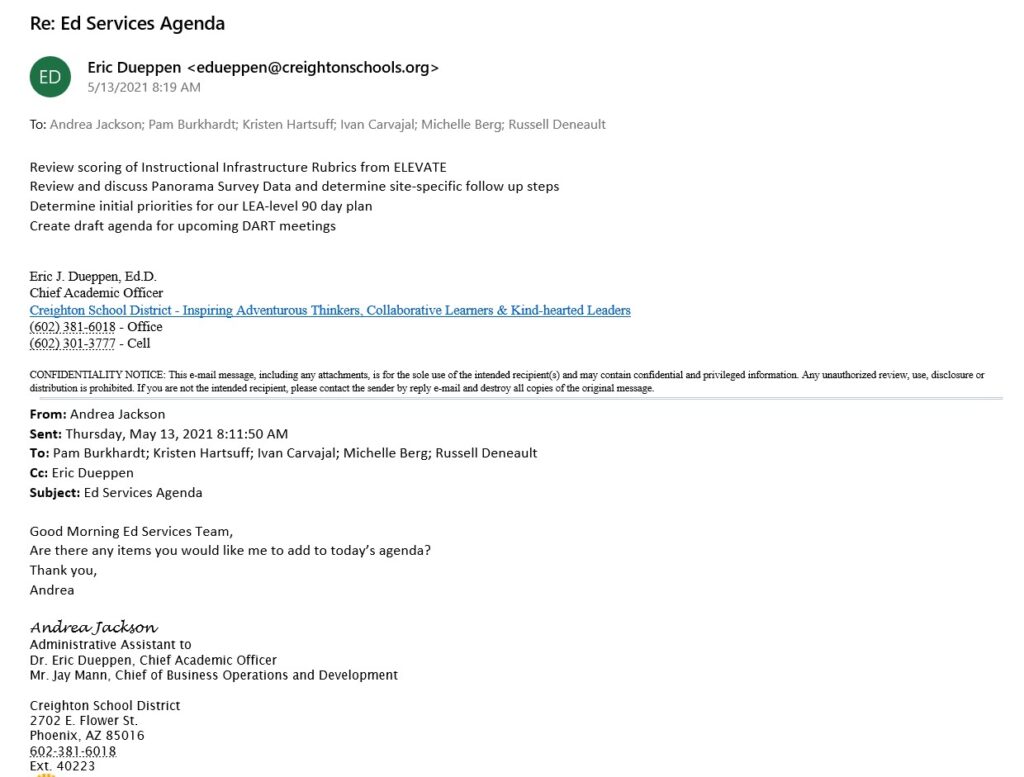 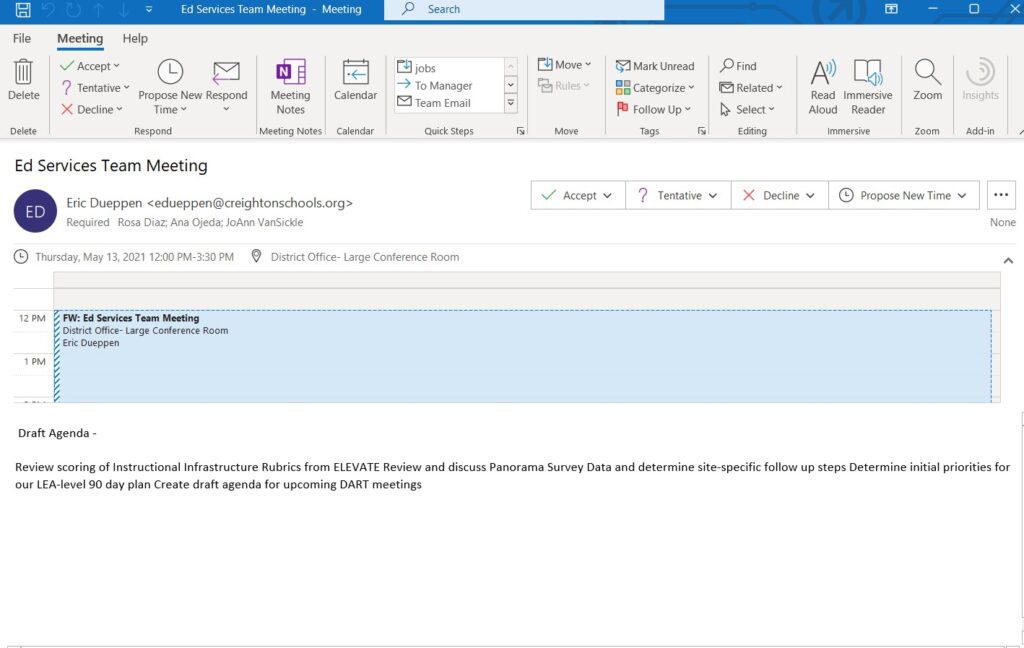 What happens as these programs are added to your child’s day? More personnel needs to be hired. 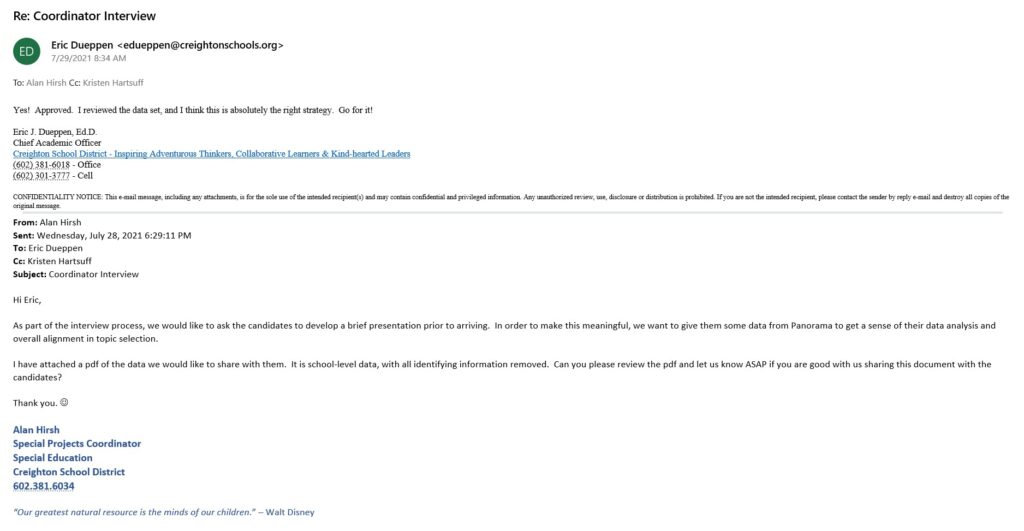 Drumroll, here are the results of the Panorama Survey…………. 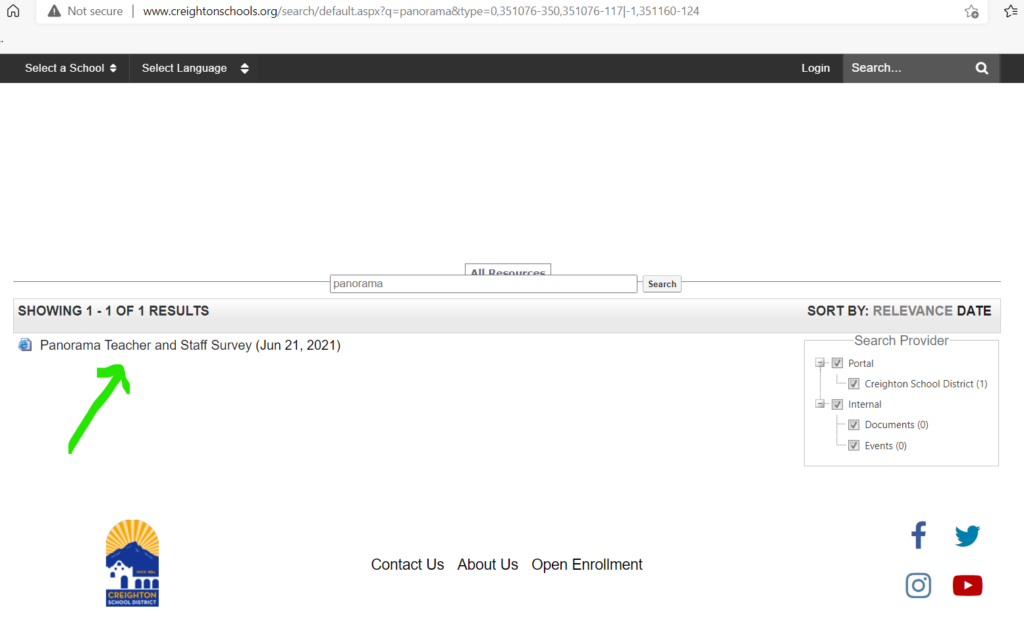 The following are some additional screenshots of information we found in Creighton. Notice the 1619 project, this was from a school board meeting agenda. 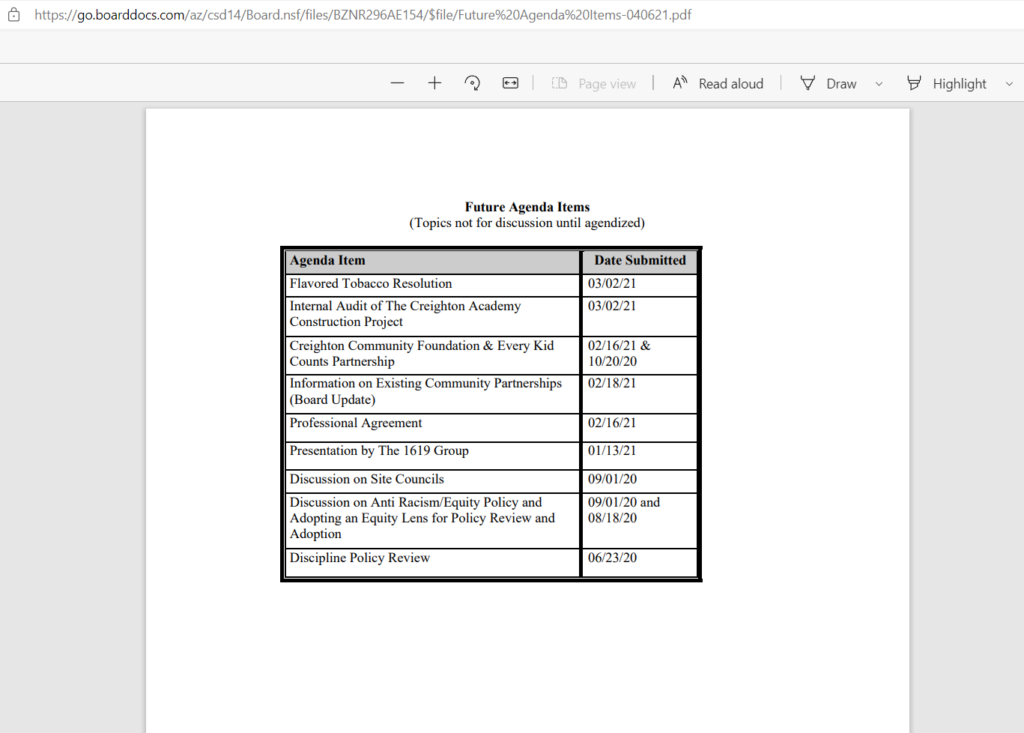 Here is a reference to the Arizona School Board Association, which has more influence on children’s education right now than their own parents.

Finally, members of the Mesa Public Schools community should pay special attention to this email. We know Mesa is all about “equity”, even the teacher’s pay scale is affected by it. 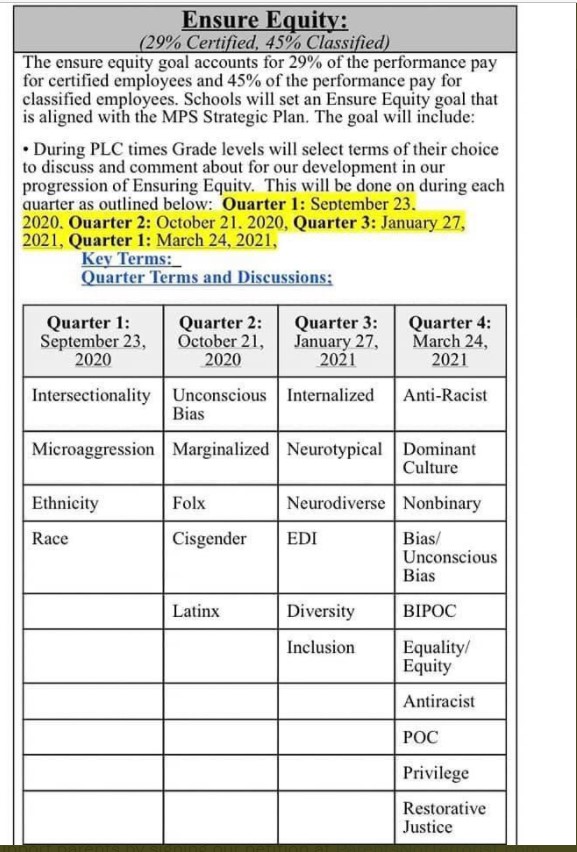 In summary, it is likely Panorama Curriculum and Surveys is being used throughout the state. We have evidence of it in some additional districts and will pass more information along as soon as possible. If data mining by the federal government and classtime used to promote a race agenda are okay with you, nothing needs to be done. Arizonans who are closely following our upside-down country and how decisions in Washington, DC directly affect public education and corporate leadership may want to start asking some questions of your school board. Don’t worry, you’ll be in good company with the rest of the domestic terrorists who used to be referred to respectively as parents.

Parents vs. Everyone Else
SOURCE:
Arizona: Merrick Garland’s Panorama is Here and it’s Top Down | Not...

COVID super-immunity: one of the pandemic’s great puzzles

People who have previously recovered from COVID-19 have a stronger immune response after being vaccinated than those who have never been infected. Scientists are trying to find out why.

....
"Initial studies of people with hybrid immunity found that their serum — the antibody-containing portion of blood — was far better able to neutralize immune-evading strains, such as the Beta variant identified in South Africa, and other coronaviruses, compared with ‘naive’ vaccinated individuals who had never encountered SARS-CoV-22. It wasn’t clear whether this was just due to the high levels of neutralizing antibodies, or to other properties."
....
Infection and vaccination expose the spike protein to the immune system in vastly different ways, Nussenzweig says.
....
The team isolated hundreds of memory B cells — each making a unique antibody — from people at various time points after infection and vaccination. Natural infection triggered antibodies that continued to grow in potency and their breadth against variants for a year after infection, whereas most of those elicited by vaccination seemed to stop changing in the weeks after a second dose. Memory B cells that evolved after infection were also more likely than those from vaccination to make antibodies that block immune-evading variants such as Beta and Delta.
....
The researchers also found that people with hybrid immunity produced consistently higher levels of antibodies, compared with never-infected vaccinated people, for up to seven months. Antibody levels were also more stable in people with hybrid immunity, reports the team led by immunologist Duane Wesemann at Harvard Medical School in Boston, Massachusetts.