Running for school board in Paloma Elementary School District isn’t tough. The district is so small that an aspiring candidate needs to collect only one signature to qualify for the ballot.

Yet for the past three elections, the district’s school-board races have been canceled because no one ran.

The tiny district near…

School Board Candidates Approved By ACE (The Arizona Conservative Educators)

A Chesapeake, Va., teacher is facing a charge of assault for allegedly forcing a student to do an “Islamic…

UPDATE, Oct. 19, 7:07 p.m.: Common sense has indeed prevailed! Minnesota has decided to stop enforcing an outdated law that had led to Coursera telling the state's residents they weren't allowed to take its free online classes. For more, see my…

In recent months an almost unbelievable story has unfolded in the State of California. Unless it is blocked by a court injunction, a new law in California (SB 1172) will prohibit any licensed therapist from providing therapy to minors to help them deal with their unwanted same-sex attraction.

If this new law goes into effect, the human consequences will be tragic. It would mean that many young people in California who want…

On Saturday September 29, 2012, Kyrsten Sinema (the Democrat candidate for the newly created 9th Congressional district in Arizona) had a fundraiser event in Tempe at the home of Hassan Elsaad. The event was co-hosted by Mohamed El-Sharkawy a recent…

You may have noticed that The Education Action Network has been a little quiet lately. I have not been on vacation but I have been working on an exiting new project. As more and more people step up to become involved in education reform I have become aware of a need for a new resource than can pull… 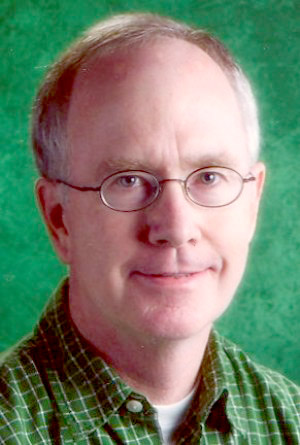 "Oh look, the Los Angeles School District is now teaching students how to apply for Obama's amnesty plan. You can't teach creationism in the schools, but it's ok to teach illegal immigrants how to obtain amnesty through a highly controversial program. Your tax dollars at work, folks!"

It’s well known that public schools are not graduating students as well-educated as before, that Americans score poorly on international tests, and that…

Three years after the Department of Education announced a contest called Race-to-the-Top for $4.35 billion in stimulus funds, some parents, teachers, governors, and citizen and public policy groups are coming to an awful realization about the likely outcomes:

The Common Core State Standards (CCSS) dictate what K-12 students in 46 states and the District of Columbia will learn in math and language arts beginning in 2014. If the new president of the College Board gets his way, they may also help lower college admissions standards.

David Coleman, one of the chief architects of the CCSS, will take over as the College Board’s president on October 15. He told Education Week that he hopes to…

Join Arizona Conservative Educators and help put more tax dollars where they belong:Teachers, Students, and the Classroom. Get the facts. Did you know that Arizona Revenue Collections dropped from $9.186B in FY07 to $6.066B in FY10 (-33%). Yet, total tax revenues to K-12 increased from $9.628B to $9.803B (+2%) in the same period. An Auditor General report shows that the % of money sent by the school…

Quality Rankings of Education in the Fifty States

This report looks at the quality of Montana's schools through several different methods. Montana has a school system with poor inputs, but with generally good outputs. This is achieved by a relatively efficient system. The positive outputs of the state education system, however, have not manifested themselves in increased positions that will attract…