(Editor: www.thereportcard.org Campus radical grievance groups have a special place for women’s studies. The Department of Women’s Studies at the University of Maryland (UMD) already includes 11 core faculty and more than 80 affiliate faculty. “We have grown from 232 students in 3 courses in 1971 to over 1,366 students enrolled in Women’s Studies and LGBT courses for…

164 School Board Seat Vacancies In Maricopa County Alone! 14 Positions with NO CANDIDATES!

[NOTE FROM EAN EDITOR: This is very important information, but don't be fooled by the tone of this statement from Covey. He is correct that there are many school board seats available and MUST be filled with REAL Republicans who respect the principles and platform of the Republican party and not just politicians with an "R" beside their names; who are a fraud.

[Editor: this would be funny as a spoof except it's all too…

A College Board Votes to NOT Raise Taxes; In Other News, Snow Expected In Hell Today

Eastern Arizona College Board vote
CONGRATULATIONS TO THE EAC BOARD OF DIRECTORS!!
Don Carter
With concern for their stewardship, the EAC Board of Directors voted last Wednesday, the 15th, and to protect those who elected them to the School Board by not raising Property taxes!
It appears for the first time in many years that EAC Board members did some due diligence and saw that raising…
Continue

Posted by Arizona Freedom Alliance on June 4, 2016 at 4:42pm in Watching Education

A Texas public school is accepting funding from… A comprehensive account and frank assessment of federal involvement in education is long overdue. Education policy expert Vicki E. Alger remedies this deficiency with her forthcoming…

Who Benefits from Standardized Tests? Not Students

Among the horror stories of teachers and local school administrators who intimidate, lie to, and bully their students are stories like this one.  Rusdon Ray shared the following letter that his young son received from his teacher.  According to Mr. Ray, "This letter was written by his good teacher who clearly recognizes…

(Phoenix, State Capitol)---Senator Sylvia Allen today urged local school leaders and administrators to work with parents, be respectful and not retaliate against a student for choices that parent may make.

It is that time of year again when Arizona schools are administering the statewide assessment to our students, also known as AzMERIT.  Unfortunately, another legislative session is coming…

As stated in Part 1 and Part 2, even though Arizona…

Some Arizona parents, disgusted with the diabolical determination of their local schools to bully their children into taking the highly controversial AzMERIT exam, are considering online education for their children. Even though Arizona legislators are to blame for causing the ugliness, humiliation, undue stress, and mental anguish experienced by parents and their children who dare to reject AzMERIT, it is the teachers, principals, and administrators who are inflicting the pain.  Unless you have pushed back against this unvalidated, secretive, Common Core-based "high stakes test," you have no idea what it feels like to see the ugly Truth behind the "friendly teacher"…

Teacher arrested for carrying a gun at a middle school in Newtown, Conn.

A teacher was arrested Wednesday for carrying a concealed firearm at a middle school in Newtown, Conn., the same town where 26 children and teachers were killed in a 2012 elementary school shooting.

The teacher, Jason M. Adams of Newtown, 46, was detained by school security personnel on…

Don Covey Has Challenger For Maricopa County Superintendent of Schools

Jana Jackson is running for Maricopa County Superintendent of Schools 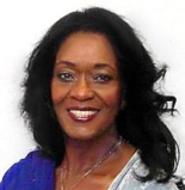 "Arizona officials define classroom spending as dollars that go toward: classroom personnel, including salaries and benefits for teachers; classroom supplies such as pens and crayons; instructional aids such as textbooks; and activities and tuition.

A common sense bill that simply requires that the cost of bond issues be disclosed to voters. Who could possibly oppose advising customers of the cost so that they may make a wise purchase? The amendment in the senate did not…

The motion to reconsider has carried, meaning that a second vote may be taken in the Senate. As of this writing, a vote has not been scheduled yet. We need to contact all senators and request that SB1455 be brought up for a vote, and we…

HB2478 – NOW: qualifications, county school superintendents. (A strike-all bill). This is a very simple bill. It simply removes the requirement that a county superintendent has to be a certified teacher. We want the most qualified persons and the most likely to…