What Kids Now Learn in College

As high school seniors throughout America will be receiving acceptance letters to colleges within the next month, it would be nice for parents to meditate on what they are getting for the $20–$50,000 they will pay each year.

The United States is no better than any other country, and in many areas worse than many. On the world stage, America is an imperialist country, and domestically it mistreats its minorities and neglects its poor, while…

A counselor at a Nevada high school extended credit to students for volunteering to help elect Obama, in 2008. Recently, the counselor, Loretta Harper has been named a national co-chair of the Obama 2012 campaign—along with Bill Daley, Caroline Kennedy, Eva Longoria and Russ Feingold. Back in November of 2011, Harper was given the All Star of the Week distinction in recognition of her dedication to the Obama campaign.

Pamela Geller interview Ernest Perce, the man who dressed as "Zombie Muhammad" for  a Halloween parade, was attacked by a Muslim during the parade, and then lectured on Islam by a dhimmi judge who dismissed the charges against the Muslim and told Perce that what he had done would get him killed in a Muslim country. Geller has new revelations about the case in this piece: "Hundreds of threats for assault victim in case dismissed by Quran-minded judge," by Pamela Geller for The Daily Caller,…

Are Evangelical Critics of Global Warming Driven by Politics?

That puts her in a minority several times over. Out of the American population as a whole she’s in a minority; over 60 percent think human activity has…

"One ought not grow old in the study of the arts."

Any true recovery of the liberal arts will be very difficult, at least any recovery on a grand scale. Having taught in elementary, middle school, high school, college, and seminary settings, I am pessimistic that we will see any meaningful…

Access to college has been the driving force in federal higher education policy for decades. But the Obama administration is pushing a fundamental agenda shift that aggressively brings a new question into the debate: What are people getting for their money?…

It's classic parent-teenager strife, revamped for the Internet age: A 15-year-old takes to Facebook to curse her parents and complain about chores and the pressures of youth. Her disgusted father videotapes and posts a lengthy rebuttal punctuated by nine gunshots as he empties his pistol into her laptop.

A bunch of recently graduated and unemployed lawyers are suing their law schools for false hope.

A total of 75 alumni have filed at least 15 class-action lawsuits across the country, accusing their law schools of inflating employment and salary data to attract prospective students.…

None of you likely know what or who "Y-Peer" is. Neither did I until tonight. Y-Peer is a United Nations Population Fund initiative organizing youth across the globe as advocates and educators in the area of sexual and reprodutive health. Many believe that the crisis of youth…
Continue

Larry the Cable Guy Has It All Figured Out 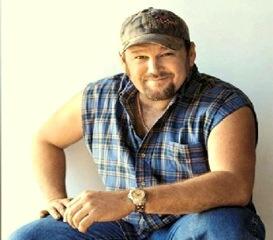 Everyone concentrates on the problems we're having in Our Country lately:
Illegal immigration, hurricane recovery, alligators attacking people in Florida...
Not me -- I concentrate on solutions for the problems -- it's a win-win situation.
Dig a moat the length of the Mexican border.  Send the dirt to New Orleans to
raise the level of the levees. …

A logger sells a truckload of lumber for $100. His cost of production is 4/5 of the price. What is his profit ?

THERE IS NO SUCH THING AS AN "ANTI-BULLYING" AGENDA. IT IS SIMPLY A EUPHAMISM FOR ANTI-CHRISTIANITY. MARXISTS DON'T GIVE A DAMN ABOUT HOMOSEXUALS BUT DO WANT TO ELIMINATE RELIGION FROM SOCIETY. WHEN MAOISTS TOOK OVER CHINA THE FIRST THING THEY DID WAS DESTROY THE BUDDIST STATUES. IN CHINA TODAY, LEADERS OF RELIGIOUS SECTS ARE ROUTINELY TORTURED AND EXECUTED WITHOUT DUE PROCESS.…

After being interviewed by the school administration, the prospective teacher said:

'Let me see if I've got this right. 'You want me to go into that room with all those kids, correct their disruptive behavior & outbursts, observe them for signs of abuse, monitor their dress habits, censor their T-shirt messages, and instill in them a love for learning. 'You want me to check their…

College: The $430 Billion a Year Rip-Off