The perpetual experiment by adults on our country’s children is a crime. Teaching children shouldn’t be extremely complicated, but adults interfere and too many want to be cool instead of responsible.

What better way for a political party to be cool than to latch on to students, especially savvy high school and college students. Just a few days ago, President Trump announced he was coming to Arizona on the wings of Students for Trump. Social media, as usual, lit up. Most Republicans are excited: Yay there is an air-conditioned event to put on the June calendar. Liberals immediately expressed concern about a Corona Virus spike because the President and Governor Ducey don’t wear masks when speaking in public. 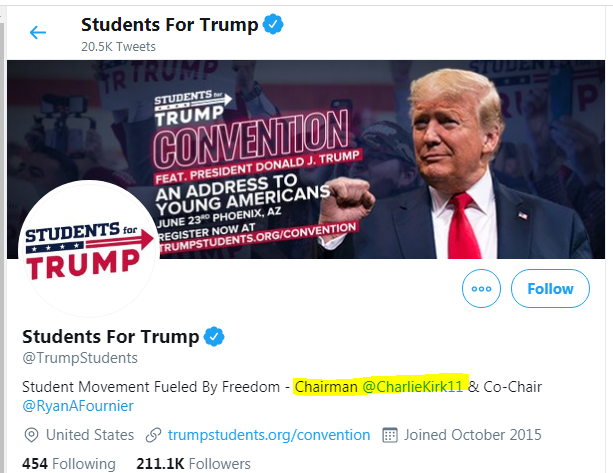 Normally Trump rallies are a family event. The events usually start with a prayer, music, local politicians, and respect for those around during the wait. There is one problem this time. Folks are trying to figure out what exactly is going on with Turning Point USA and some of its branches. Here is one of TPUSA’s employees:

TPUSA pushes this freak on kids 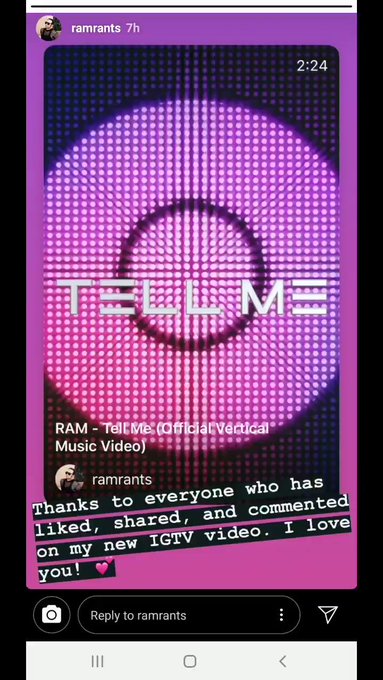 126 people are talking about this

In small print in the above tweet, the man is referred to “Ramrants”. The tweet will likely be taken down due to censoring in the United States (despite the First Amendment), so here is a screenshot of one of the scenes: 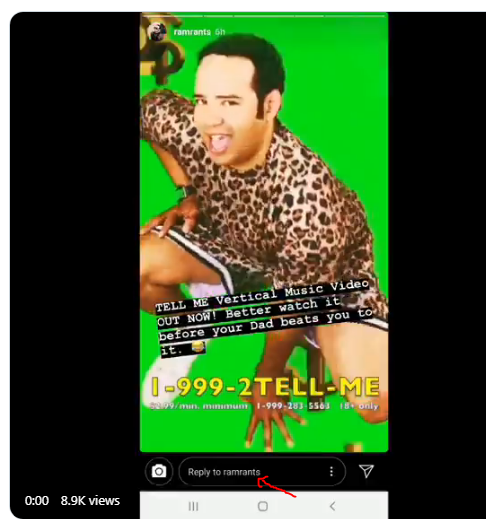 Here is @ramrants Twitter profile and his reference to TPUSA employment: 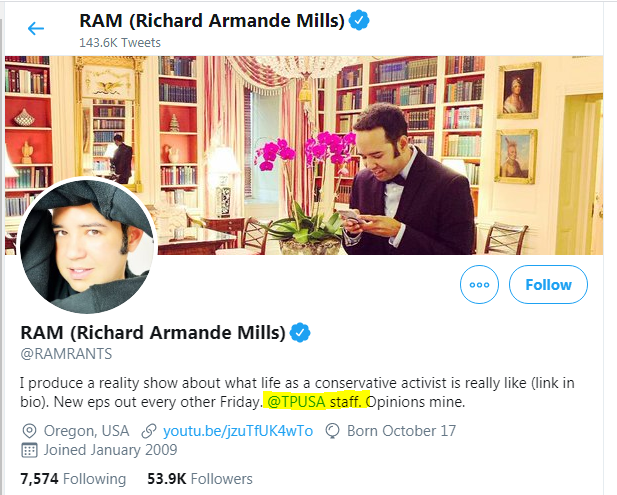 The link Ramrant has on his website will likely be removed as more and more people debate what Turning Point USA really has for its goal. Click on the video he links to.

Most Fox News viewers are very familiar with Charlie Kirk as scores of hosts drool over him and provide him with endless interview opportunities so he can cash in even more. Not once have these same hosts asked him about his affiliation with sex-crazed, foul-mouthed Ramrants. More information about Students for Trump is linked here. Here is the necessary screenshot just in case the link is scrubbed: 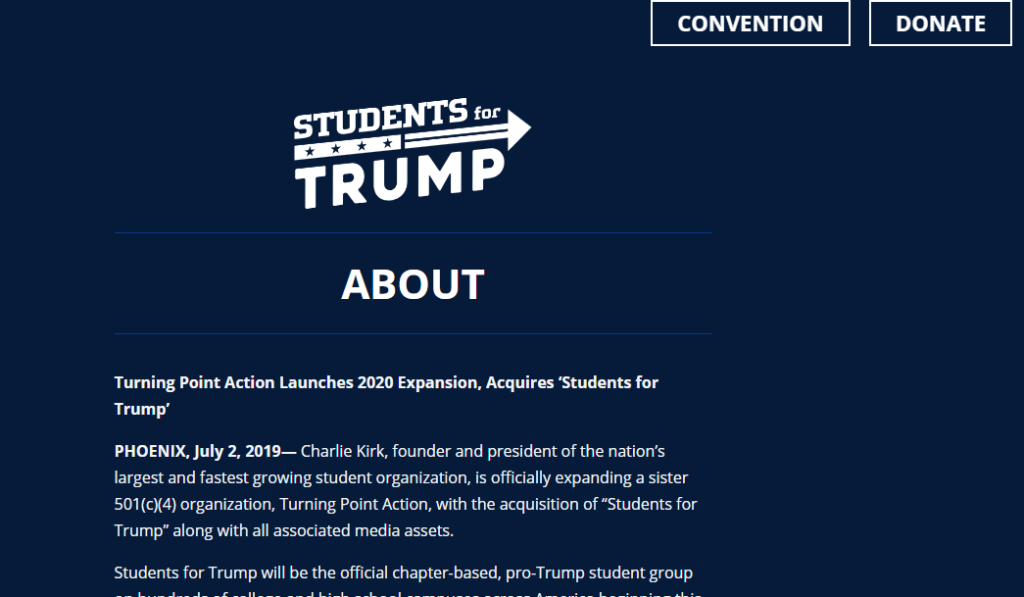 Here is a screenshot of the video linked above as Ramrant and his guest attempt to normalize LGBTQ lifestyles: 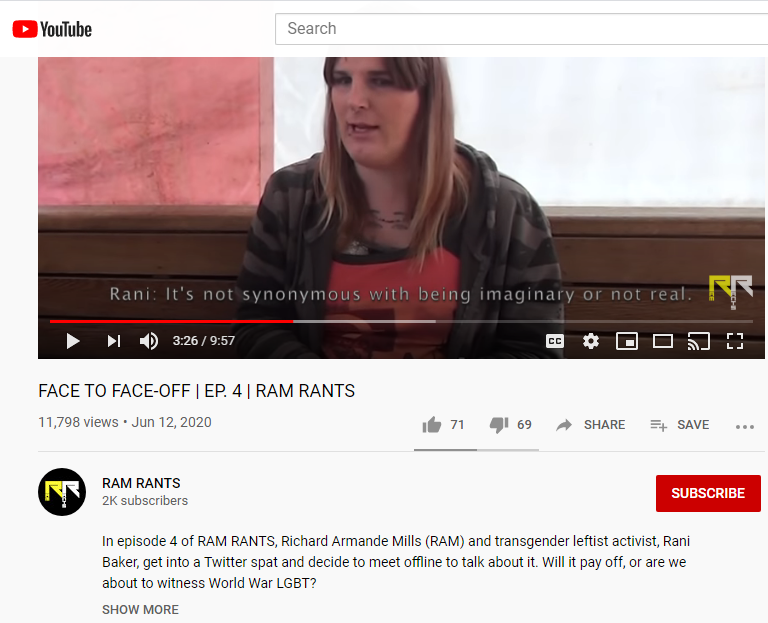 Before your innocent student watches it, here is a music video by Ramrants himself. It’s definitely not G-rated. Cover your ears and make sure the children are out of the room if you listen to it. Here is the burning question: Will Students for Trump, an arm of TPUSA play this kind of music before the Trump rally on June 23rd? The rallies are family-friendly, but clearly some of TPUSA’s staff is not. Again, we have a direct attempt to normalize sexual and adult behavior by a group who claims to support conservative candidates.

On TPUSA’s website, there are many references to conservative principles. 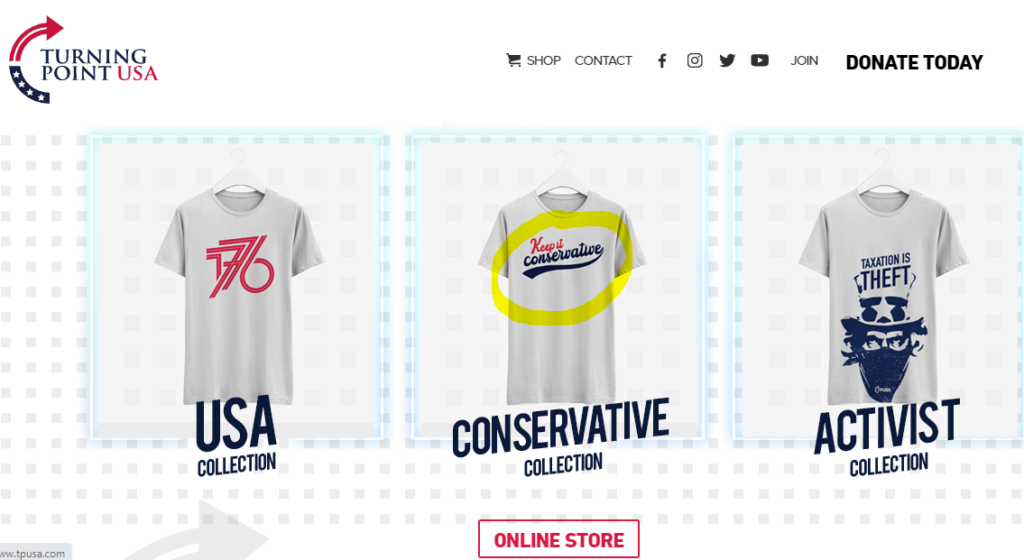 Why is TPUSA using President Reagan’s picture to sell themselves, but then promoting the LGBTQ lifestyle and bad language through its staff member? What are TPUSA and Charlie Kirk’s values?

Students for Trump is rapidly opening chapters around the country, many in local high schools. Scroll down the link to the map to see where. 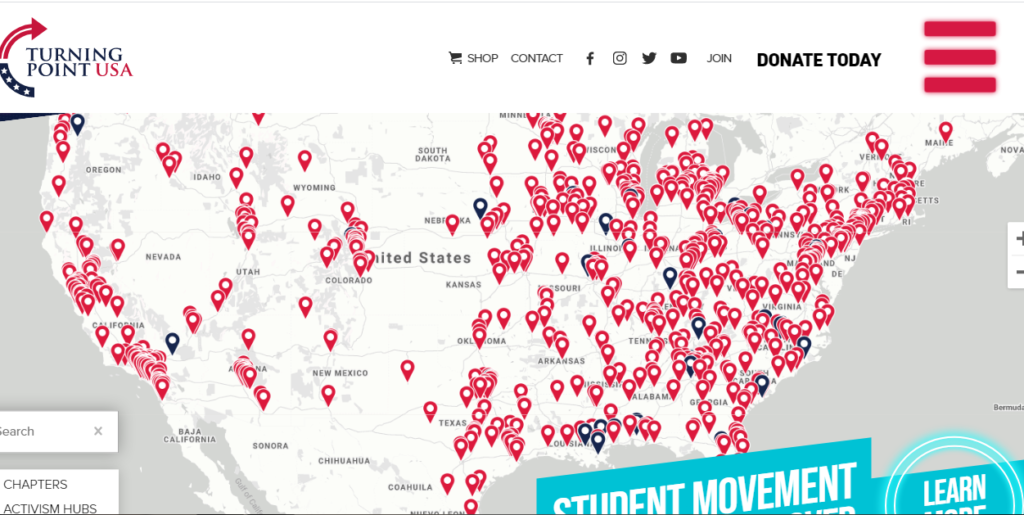 Here is a list of Phoenix area high schools with TPUSA chapters.

Does the Arizona Republican Party have any comment on these ties? Or is the flow of money too great to utter a peep? What about the local “conservative” politicians with TPUSA chapters in their local schools? Will they look the other way like so many do in our over-sexualized society?

Really the liberals should be pretty happy President Trump is coming to Phoenix at the invitation of Students for Trump. It seems the moral standards of both TPUSA and the liberals are equal.

Why Are Our Current Leaders Who Ran on Morality so Silent These Days?
SOURCE:
https://www.notinourschools.net/dont-get-excited-if-tpusa-opens-a-c...