Did Satanists Vandalize A Church for Opposing “Drag Queen Story Hour” in a Local Public Library? 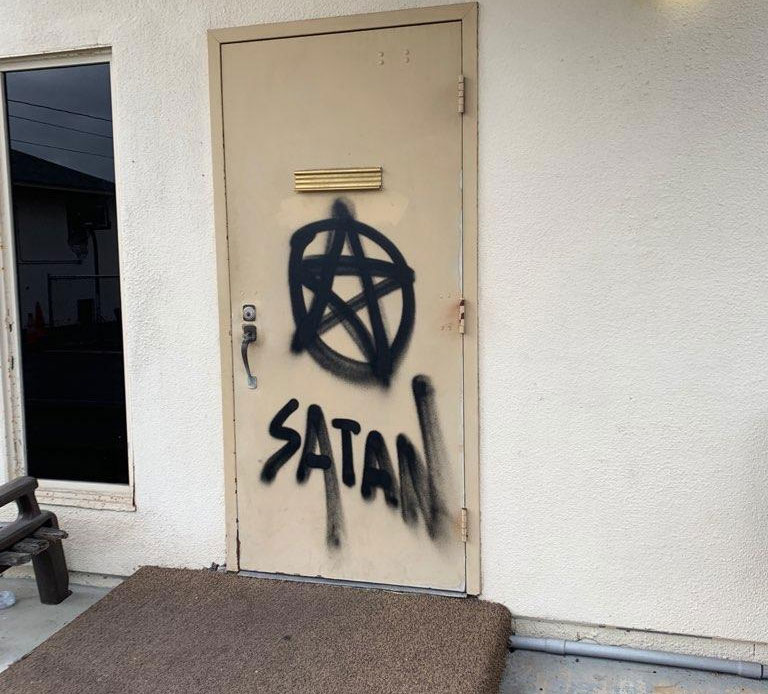 This attempt at intimidation is what greeted churchgoers at the South Bay Pentecostal Church in Chula Vista this past Sunday morning.

Last month, MassResistance activists in the San Diego, CA suburb of Chula Vista began alerting the rest of the community about the horrible “Drag Queen Story Hour” coming to their local library on Sept. 10. The City Council needed to get a strong message that they must overrule the library and cancel it.

We recruited churches to get involved. One of our San Diego MassResistance contacts connected us with Pastor Amado Huizar of the South Bay Pentecostal Church in Chula Vista. 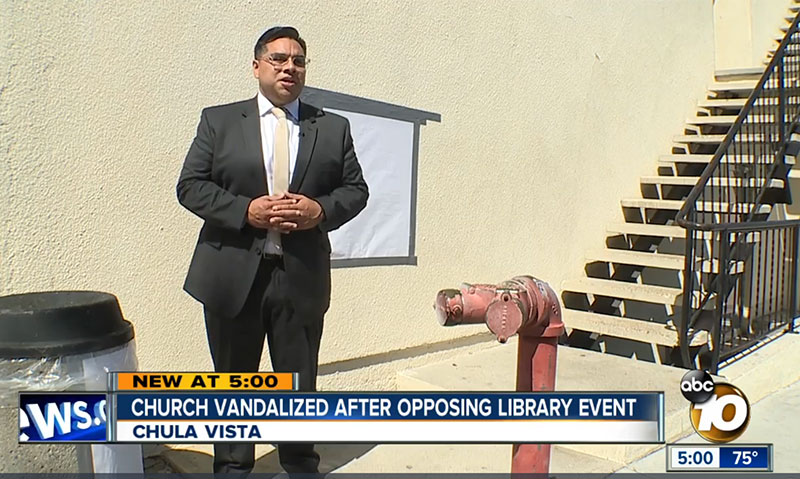 Pastor Huziar was very enthusiastic. He participated in our conference calls. He reached out to the press and referenced MassResistance. He brought our leaflets– in both English and Spanish  - about the Drag Queen event into his church and encouraged the parishioners to take them and pass them out in the community. He is the kind of church leader we need everywhere! 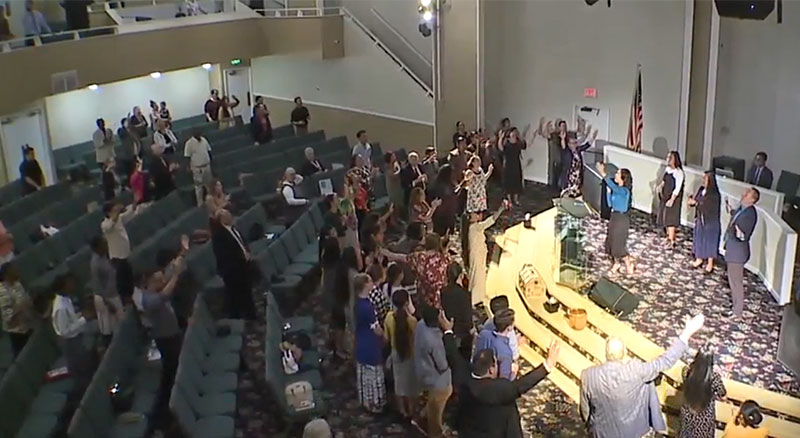 The parishoners are not intimidated either, we are told.

But unfortunately, he and his church have been paying the price for telling the truth and siding with God’s laws. As we’ve all seen, the rabid and unhinged pro-LGBT activists believe that no laws or rules of decorum prevent them from harassing, intimidating, and destroying anyone who disagrees with their agenda.

And so, the church was soon on their radar screen. First came the virulent personal attacks. As Pastor Huizar told one local TV station:

My bishop and I have been vocal in trying to speak with city leaders about why this is not age appropriate, location appropriate, and messenger appropriate. And since then we have received hateful messages on social media. People have attacked our families and our personal lives.

The city leaders have not only ignored the pro-family citizens’ complaints, but one of them has maliciously inflamed LGBT hate against them even more. On Aug. 28 City Councilor Steven Padilla, who is openly “gay” himself, wrote a vicious social media rant saying that the pro-family Chula Vista citizens are part of a group (i.e., MassResistance) that “promotes anti-immigrant and white-supremacist beliefs.” He offered no proof or evidence of this, and has refused to answer questions from the press about it. And of course, those kinds of blatant lies are like catnip to irrational LGBT activists.

Pastor Huizar was not one of the pastors who spoke at the MassResistance press conference on Aug. 29, but he assured us that he had not diminished his efforts to persuade the city government to stop this terrible event.

This past Sunday morning, Sept. 8, early parishioners at Pastor Huizar’s church were greeted by Satanic messages painted on all four outside walls. They were quickly covered up, but it was clearly meant to terrorize both the pastor and the churchgoers because of their stand against the “Drag Queen” event. 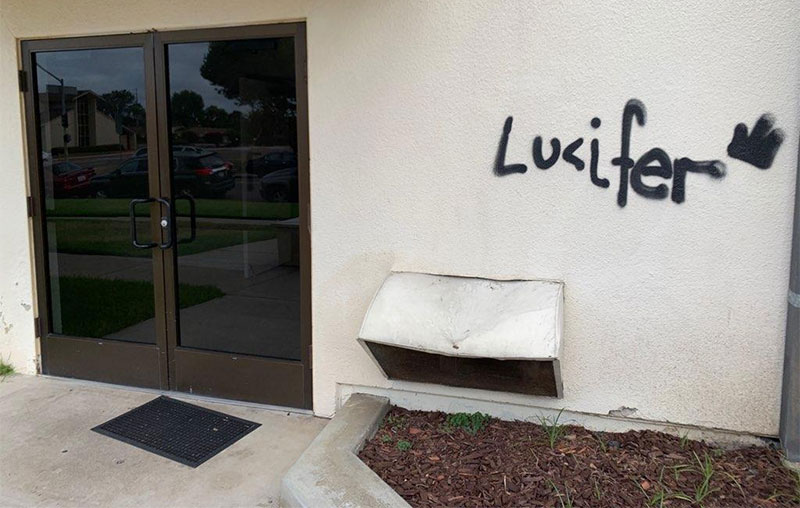 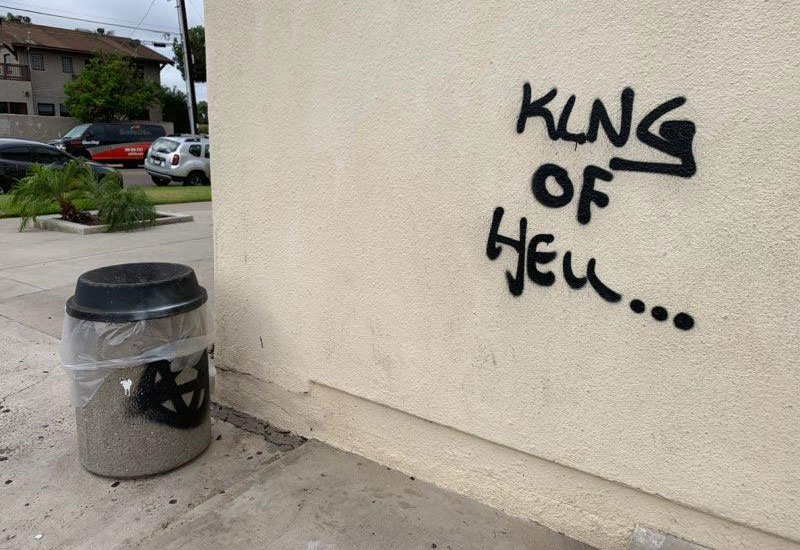 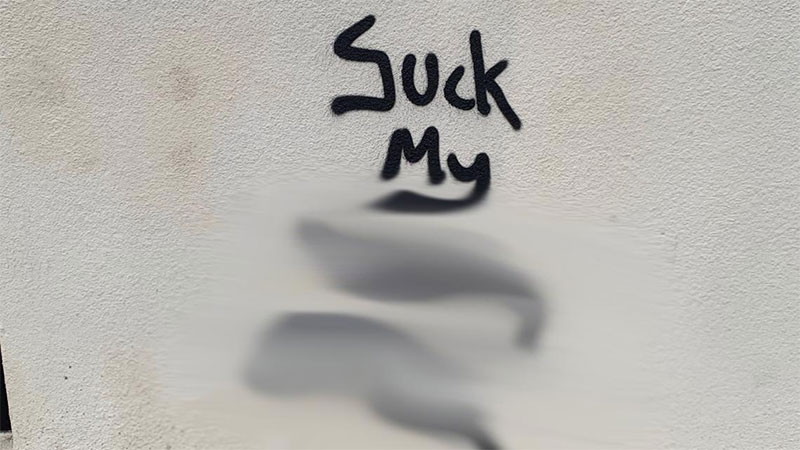 Most of the local San Diego TV stations and newspapers quickly reported on it. 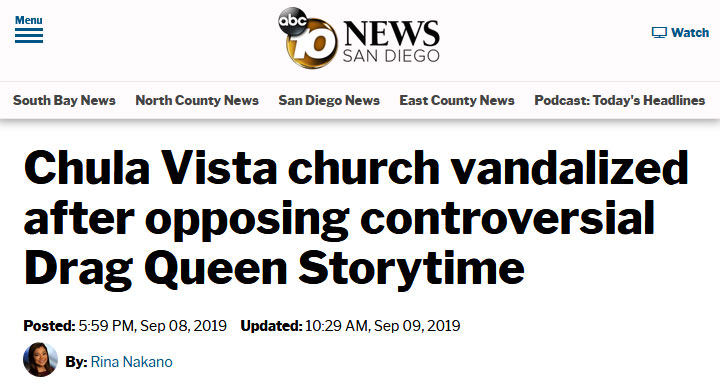 The San Diego media, to their credit, reported the story.

Satanism not uncommon in “Drag” community

In our research into the backgrounds of “Drag Queen” performers targeting young children in public libraries, we have noticed a very disturbing amount of Satanic imagery and “Church of Satan” depiction. This is also found in the LGBT movement in general. Thus, it is sadly not surprising that they are attacking a Christian church with such things.

Here are just a few (of many) Satanic social media posts that MassResistance has uncovered of "Drag Queens" who read to children in public libraries: 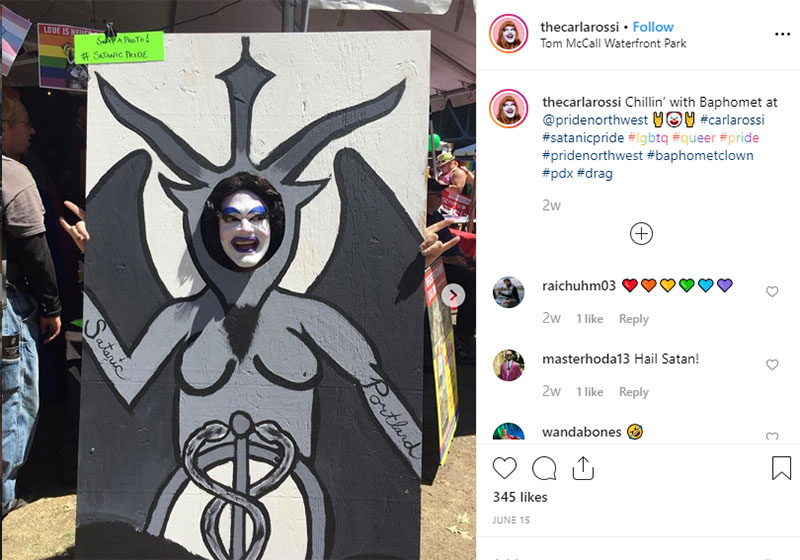 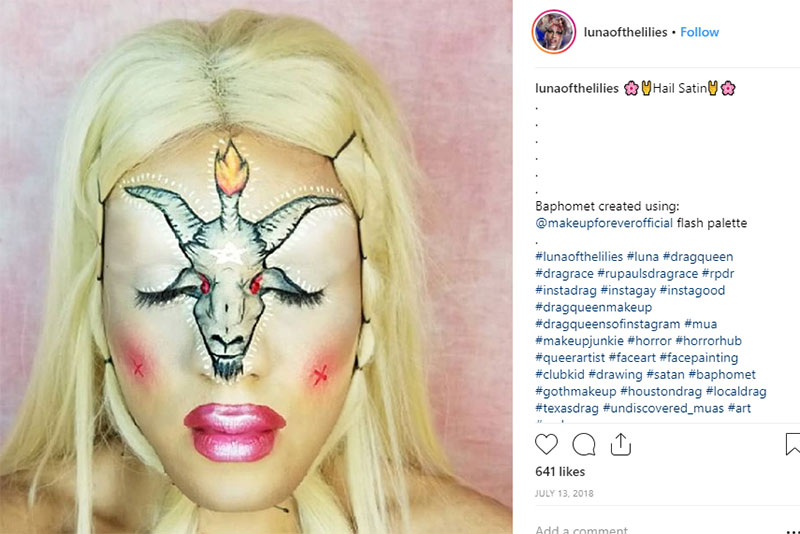 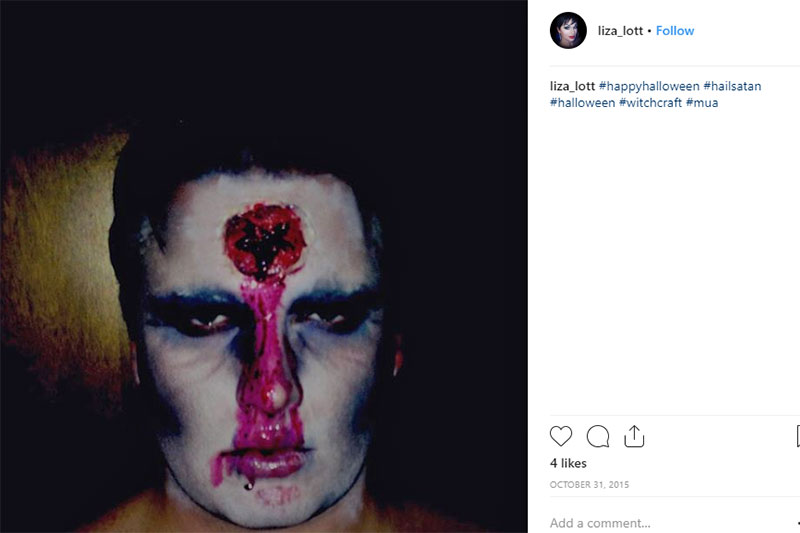 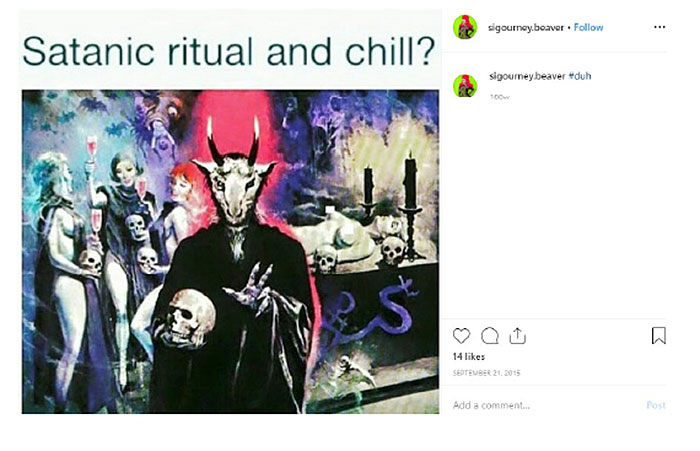 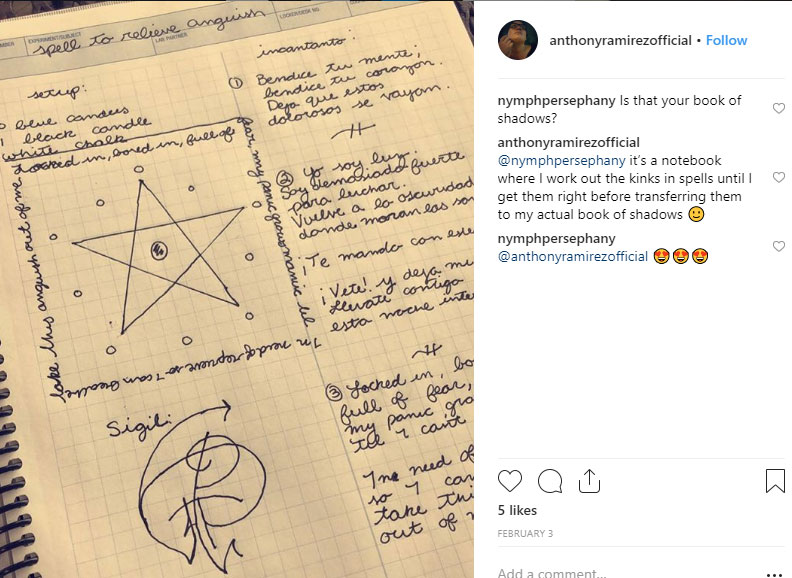 Pastor Huizar is not intimidated. He told reporters that he’s not backing down, saying, “I’m going to continue to speak.”

Nor will San Diego MassResistance back down, but in fact is more energized than ever. We will have a full report on what happens on Sept. 10 – when the “Drag Queen” event is scheduled to take place.