Cave Creek Schools….Woops, They Were Caught

The quick summary of the April 8, 2019 Cave Creek School Board meeting is the Governing Board agreed to table the controversial curriculum.

Of course, it wasn’t that simple and the situation became more complicated in a very short period of time. It’s a sorry state that adults spend so much time talking about sex for kids, but here we are. Our newest Superintendent of Public Instruction, Kathy Hoffman, is the ringleader for this Arizona circus. 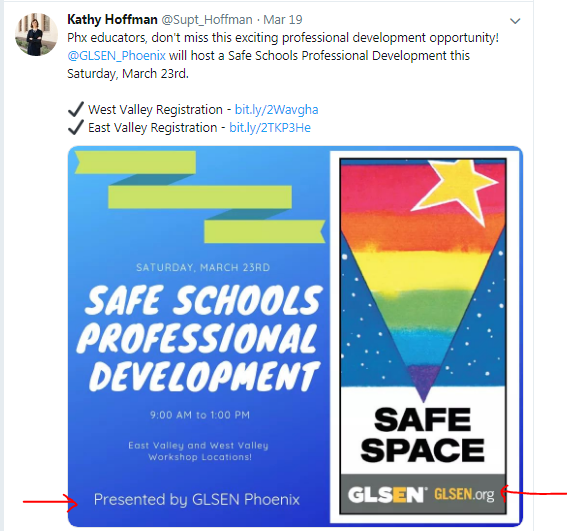 What really turned the situation upside-down were the answers Cave Creek’s curriculum director gave to the governing board. Some board members clearly supported a new curriculum and Ms. Cara Herkamp seemed to want to rush the vote so students would have a chance to learn all about her piece of work before the end of the school year. She even stated “A vote tonight doesn’t mean that you necessarily agree with the curriculum, but that you agree to continue offering our parents a choice to opt-in or opt-out of the curriculum.” Wrong, state law requires opt-in, not Ms. Herkamp. Scroll to the 25:15 mark:

How Ms. Herkamp really blew it is she admitted the district had changed the sex ed curriculum several years ago without governing board approval. That seemed to force board members to pivot and quickly put the brakes on a runaway curriculum director.

For whatever reason, the right decision was made that night. Governing Board member Janet Busbee, while supportive of a new curriculum, called Ms. Herkamp’s product a “rush job.”

What we did learn last month is social media played a huge role with Cave Creek’s pending sex ed decision, both for and against. Those pushing for a radical sex ed agenda were clearly not happy they had opposition. Planned Parenthood, GLSEN, and diversity committees are not used to being challenged. Congratulations to the parents who stood firm and expected better of their children and their children’s leaders.

After Cave Creek’s decision to table the curriculum came down, we knew the opposition would come back harder and even sneakier, sooner rather than later. Little did we know it would take just a couple days for the other side to resurface. As it turned out, the other side is supposed Republicans Governor Doug Ducey and Attorney General Mark Brnovich, along with the pseudo “Republican” Arizona Legislature. Stay tuned.