Recently we shared that Secular Coalition of Arizona has gotten heavily involved with school board races. The organization is hosting online governing board candidate forums, and this is a great way for the public to see if the candidates align with good or evil. Several Scottsdale Unified candidates volunteered for a Q and A, and there were a couple who fell for the demonic bait.

Sara Solem appears to be a great mother and community member. However, after all the negative publicity in Scottsdale Schools over the past year or so, one would think Mrs. Solem would be more in tuned with local parents instead of the sexual groomers on the staff and governing board.

Notice in her answer Mrs. Solem left the LGBTQ club decision to the students–“If it’s student-led.” Okay, how about a student-led beer pong club? A Scottsdale teacher is under fire for promoting Alfred Kinsey in her classroom. This article by AZ Free News explains the district did not give permission for this very controversial curriculum. AZ Free News also wrote about a parent who exposed that Gender and Sexualities Alliance (GSA) conducted sexual grooming after-school clubs in Scottsdale unbeknownst to parents. It’s a wonder Mrs. Solem is okay with continuing this controversy and using Scottsdale Unified as playgrounds for sexual grooming.

Meanwhile, Mrs. Andrea Keck supports the Whole Child educational approach and Social Emotional Learning (SEL). Do these candidates understand what they are supporting or does the word salad just sound to good to decline? Unfortunately, Whole Child or Community Schools eventually will do the raising of children for parents, and parents will lose rights they have to make choices for the child. This is all against Arizona statute, but who cares at this point? Why do we have laws? 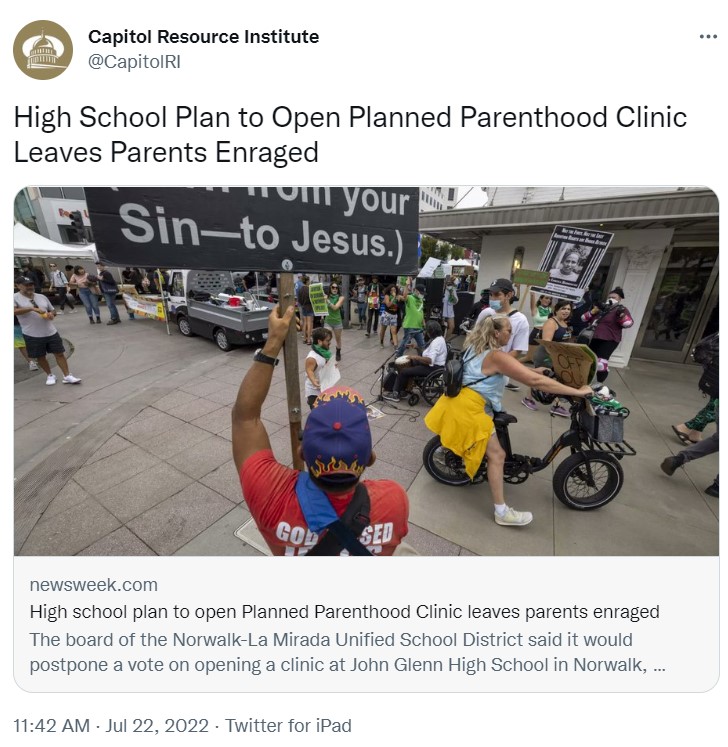 Supporting Social Emotional Learning means Mrs. Keck supports LGBTQABC and racist agendas. Being nice and thoughtful under the SEL umbrella really means guys can use girls bathrooms and locker rooms in school, among other things. Riley Gaines, the best female swimmer in the NCAA this year can tell you what it was like to have a man romping around in the girls’ locker room during the championship competition this year. But don’t say anything about it because it might hurt William Thomas’s feelings, you know that bullying we hear about.

These videos are long, but they are factual and really help folks understand Social Emotional Learning. Our Arizona Legislators should watch them before the next session starts.

Part 2B The Show and Tell of SEL Marsha Metzger – YouTube Make sure to scroll to 10:33 and listen to Elijah Proge talk to your kids about using condoms and to sneak behind parents’ backs to get birth control. What does this have to do with preparing for a career or college? Maybe Mrs. Keck can tell us during a stump speech.

What is troubling is Andrea Keck is campaigning against the agendas she just supported in the video clip. 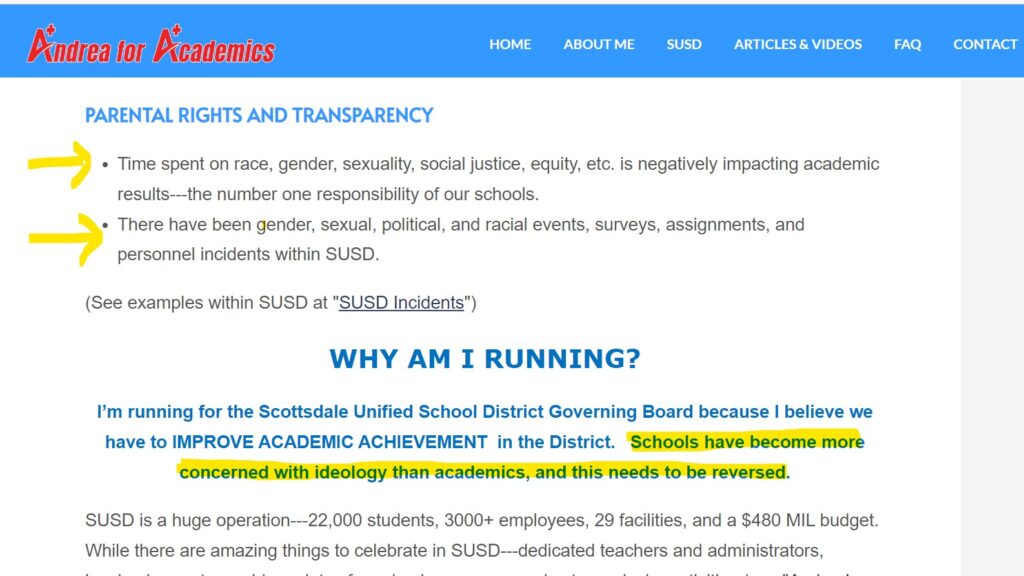 Here is a situation which just came to light in Gilbert Public Schools–SEL is being taught on Wednesdays and it doesn’t appear the parents know the details. Also, why is a psychologist involved? What do we know about the psychologists and therapists hired by school districts? Do they have beliefs similar to the child’s family? Do they have an agenda they want to push? How is Social Emotional Learning disguised so parents don’t find out? 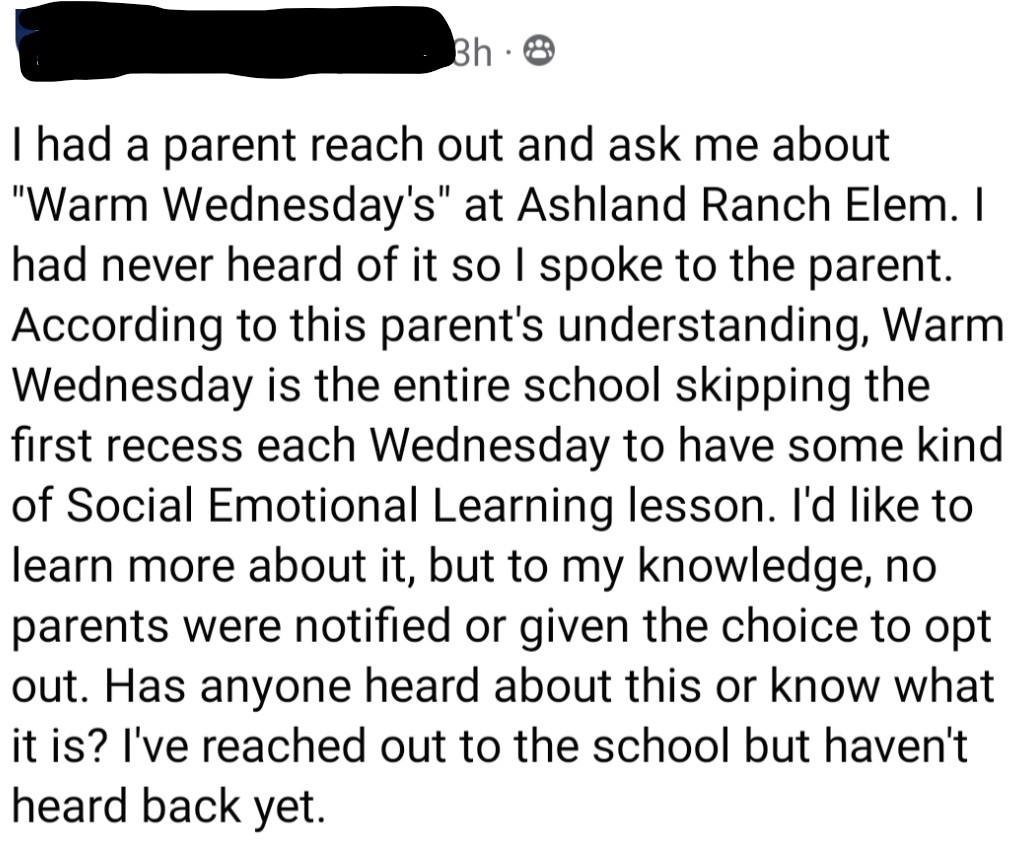 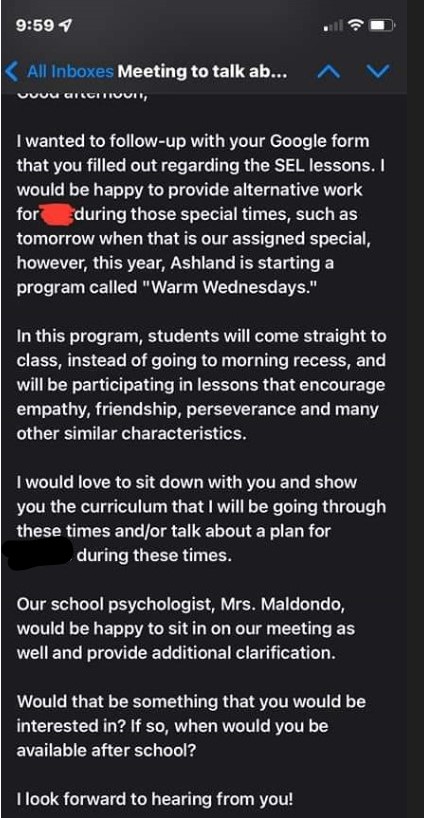 The Secular Arizona moderator quickly sneaked the term “DEI programming” into the question directed to Andrea Keck. It sounds more like a television show, but it stands for Diversity, Equity, and Inclusion. More anti-White, anti-American, anti-male, and sexual grooming studies instead of academics. Mrs. Keck says she wants to address student achievement but that won’t happen if she instead supports sexual and racial agendas. Instead, this is what DEI programming and Whole Child will produce.