We sound like a broken record.  Post after post, we describe what is happening in many of the local schools in Arizona.  Most of the time the actions of the administrators either border on law breaking or in fact, clearly break Arizona laws.  Why is it when a school does not follow a state statute regarding the teaching of sex it is ignored?  Does the media really not care?  Are “journalists”, the Arizona State Department of Education, and lawmakers looking the other way to avoid media backlash?  Or are they worried about not looking cool and “open-minded” to their own kids?

Scottsdale Unified School District (SUSD) has been in the news recently for a financial conflict of interest scandal.  As this news was rocking the district from top to bottom, it was discovered by a parent doing her job that her child’s literature requirements were also scandalous.  “Fun Home” is a book required for literature in a Scottsdale High School.  The author’s name is Alison Bechdel.  Here is the parent’s summary: 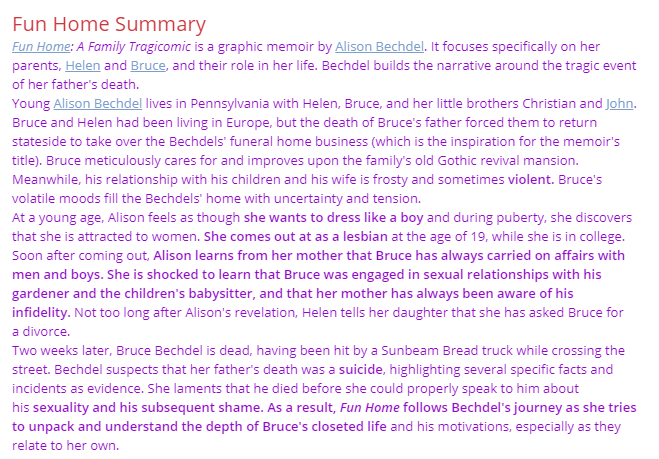 While the content of “Fun Home” may sound intriguing, there are a couple issues.  First Arizona law requires heterosexuality be taught as the norm in public schools.   Second, in Arizona public and charter schools, sex ed is opt-in only.  There were no permission slips distributed to parents to allow their children to read this book.

It appears some clues could be have been taken from author Alison Bechdel’s blog: 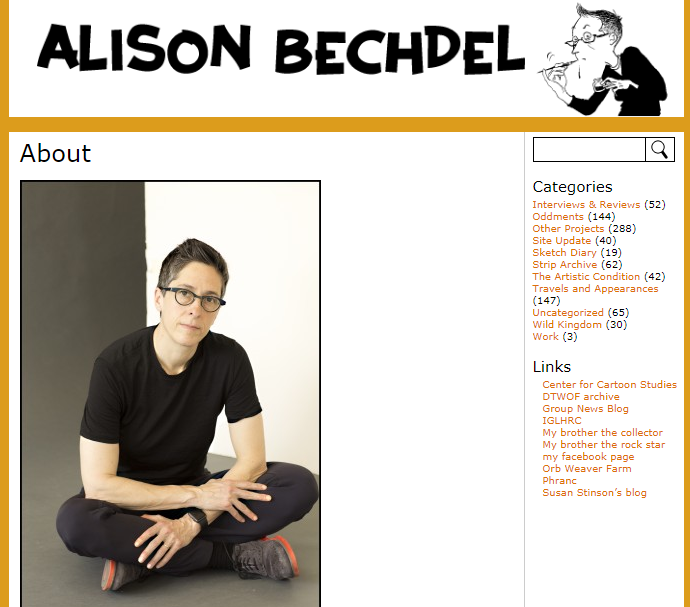 Also on Ms. Bechdel’s blog are links to her “art”work.  One was particularly interesting and includes a knock on Catholics (the latest and best  punching bag, legal or not) and vulgar language. 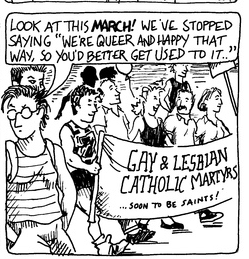 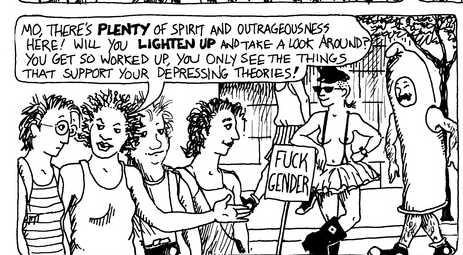 It didn’t take a long time for us to research Alison Bechdel.  She is the perfect author/artist to insert into a  government-run indoctrination center.   Did the department who requested the use of “Fun Home” run it past the principal and school board?  Did the teacher who used the book have an agenda to instill on the students?  If the SUSD hierarchy knew Bechdel’s work was to be used, did they research her background?  This is not to say gays and lesbians are not great writers, artists, performers, or teachers.  The content of material presented to children is the issue in this case, especially since parents were not warned.

We are hearing “Fun Home” is in use in other areas of the country.  Unfortunately for most states, their laws do not protect the kids while in their classrooms.  It will take an army of parents to petition their school boards, or better yet run for school board and legislature and initiate the changes that need to be made to their local statutes.  Meanwhile in Arizona, the parent is trying to get answers from an already distracted Scottsdale School District and from legislators and public officials who are currently embroiled in their own busy campaign seasons.  (Fingers tapping……)

Scottsdale residents, you pay a lot of money for that zip code and look what you get in return.  Could Scottsdale Schools find no other classic literature books to use in their high schools?  Maybe watching “Jeopardy” occasionally would give SUSD some alternatives.  “I’ll take Literature for $200, Alex.”