Planned Parenthood is Violent and the Fallout Affects Us All

Since the Supreme Court leak of the possible decision in the Roe vs. Wade case, we have seen the truth of abortion through the actions of abortion supporters. Besides the immediate impact of abortion on the child and his or her family members, the effect of Planned Parenthood’s violence sneaks into schools and churches. Here is testimony from an abortive mother recently on Capitol Hill.

A couple weeks ago, the pro-abortionists held a “Bans Off Our Bodies” rally at the Arizona Capitol grounds due to the pending Supreme Court decision. The rally was called “Bans Off Our Bodies”, but make sure to wear a mask to get that late term abortion at Phoenix’s Family Planning Associates. The patient doesn’t really have control over her body at this facility and it’s easier for staff when communication with the vulnerable woman is limited. 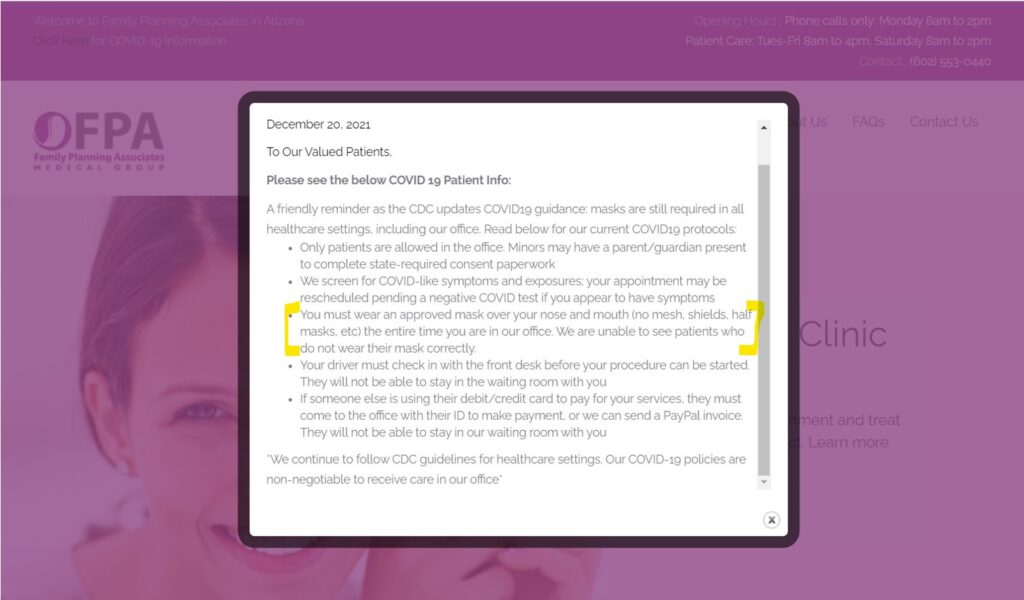 In the days following the rally, Planned Parenthood’s Chris Love bragged on Twitter about her husband body checking a Trump supporter. That’s mild compared to what happens INSIDE one of Love’s clinics. Still, it was unnecessary and a bullying tactic.

According to this same side of the political landscape, Critical Race Theory and Social Emotional Learning are necessary in schools to prevent bullying. Is bullying by Planned Parenthood and its associates okay? Evidently it is acceptable by some key Democrat figures in Arizona. State Representative Mitzi Epstein, who markets herself as an advocate for kids and education, liked the tweet. That’s a great message for children.

Another Arizona Legislator, State Senator Juan Mendez, who has been no-showing at the Legislature since his baby was born, also liked the tweet condoning violence. He has time for Twitter while drawing a salary for not coming to the office.

Dawn Penich-Thacker, one of the Arizona Save Our Schools money-grabbers, also liked Chris Love’s tweet. But they are old friends.

Back to the no bullying CRT and SEL folks, here is teacher union activist Rebecca Garelli liking Chris Love’s tweet.

Garelli is a STEM Specialist with the Arizona Department of Education. The department heavily pushes “anti-bullying” programs like Critical Race Theory and Social Emotional Learning through its website. Like Planned Parenthood, Phoenix Union High School District must not have gotten the memo that bullying isn’t cool. Lela Alston is a governing board member in Phoenix Union and is also a state senator. Here is her Planned Parenthood endorsement to complete the picture. 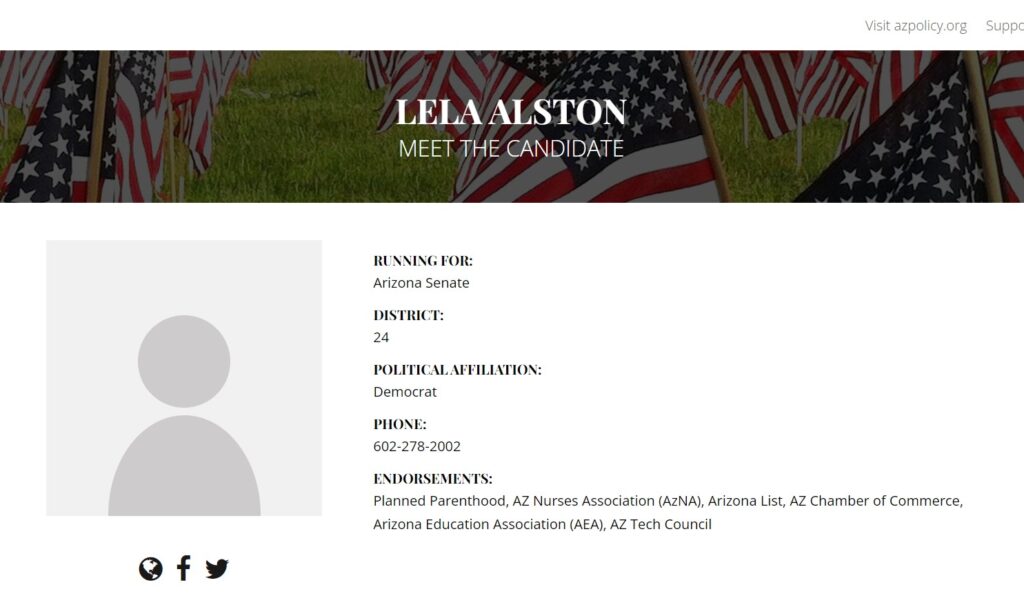 Trevor Browne High School is within Phoenix Union’s boundaries. The school recently had a terrible fight during lunch, but administration did its best to ignore it. Why are the students so violent? Fights often occur in Phoenix Union’s schools but the media and administration are quiet. What is going on in our culture that conveys to minors violence is okay and can even be ignored?

For example, back in October of 2021, there was another altercation at Trevor Browne. Often, the teachers and students are left in the dark and are not told why they are on lockdown. Below are some responses from administration at Trevor Browne and Phoenix Union. Nobody seems to know what happened, including the superintendent and governing board. 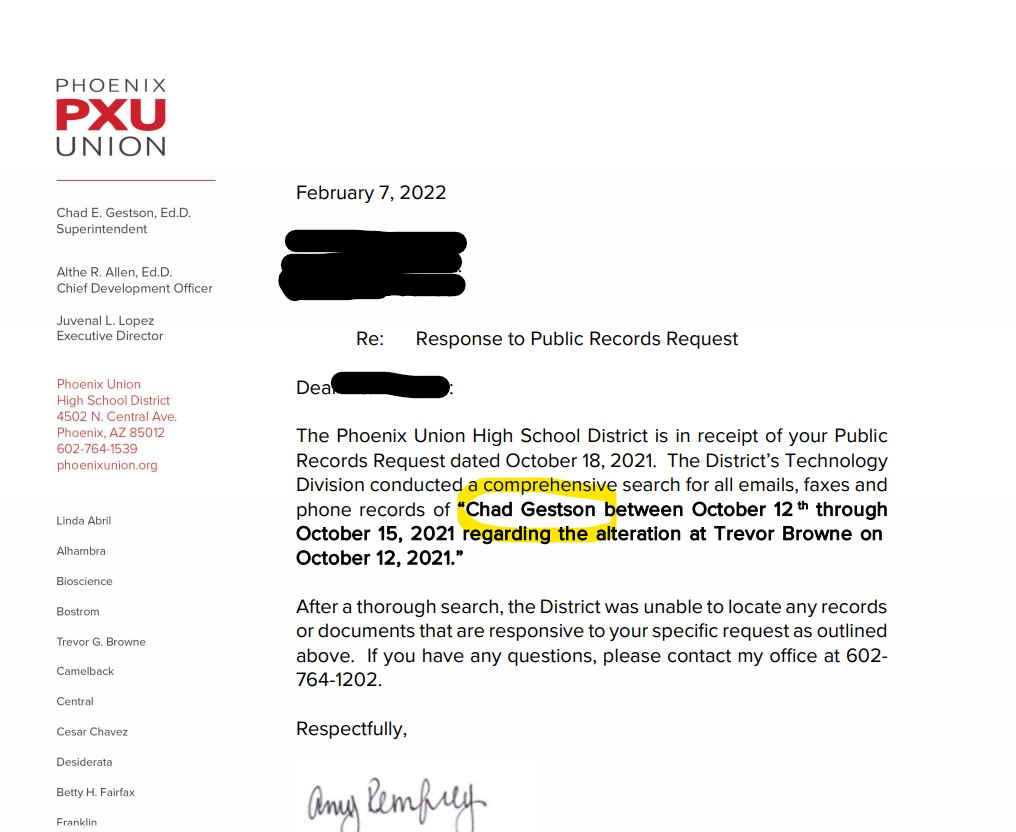 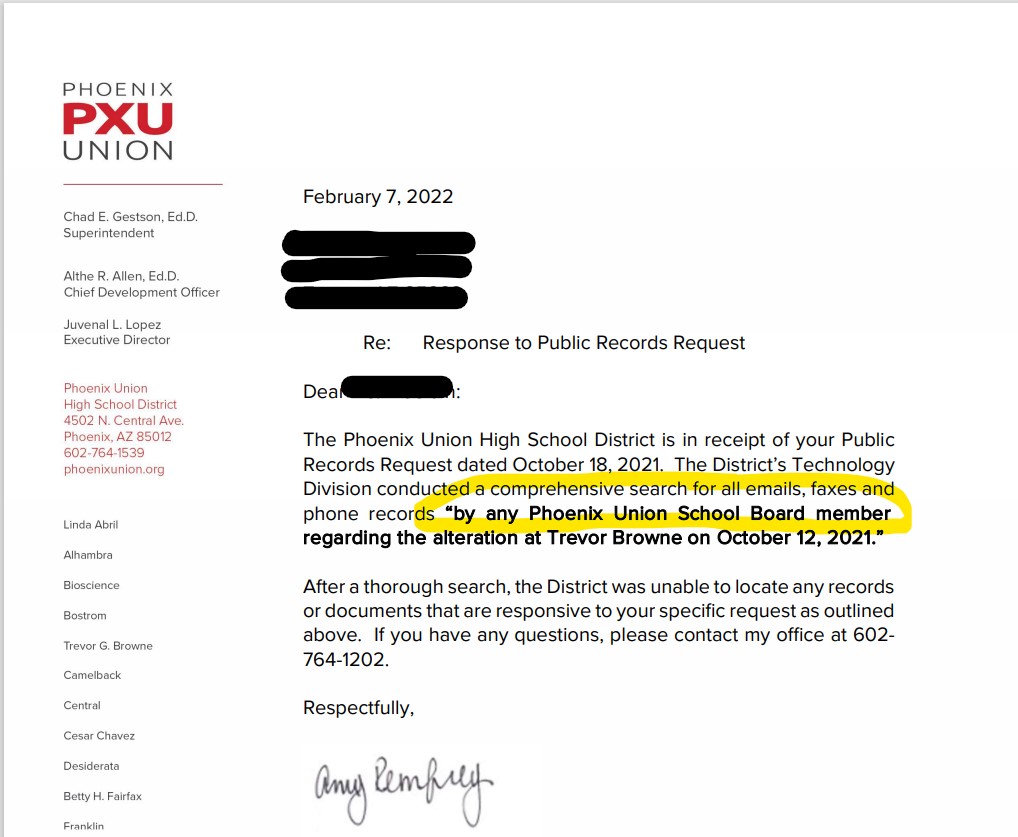 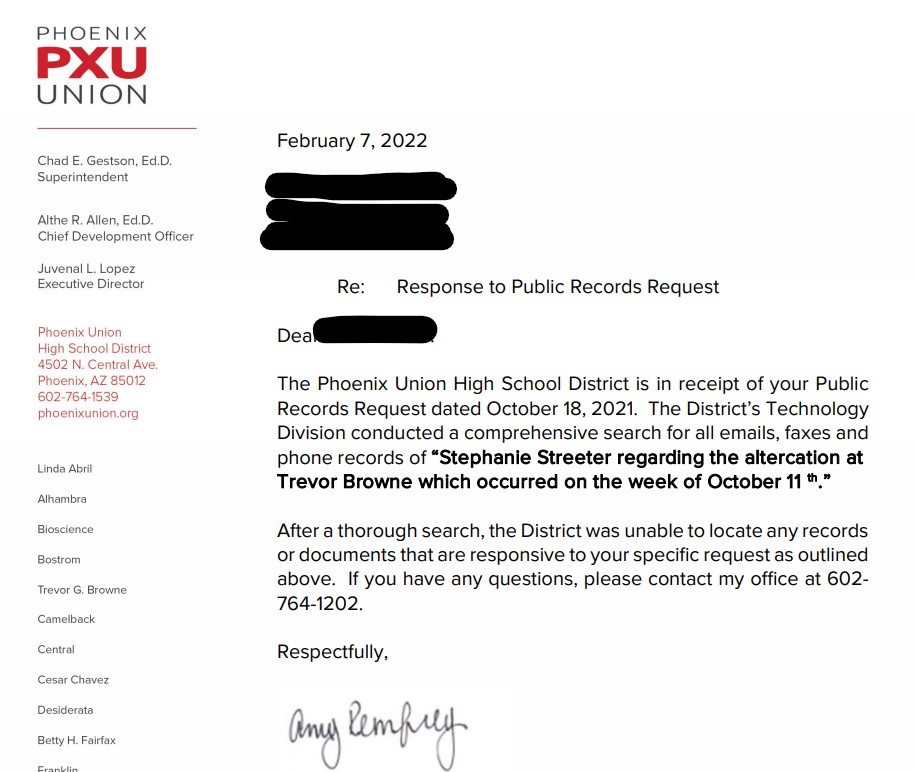 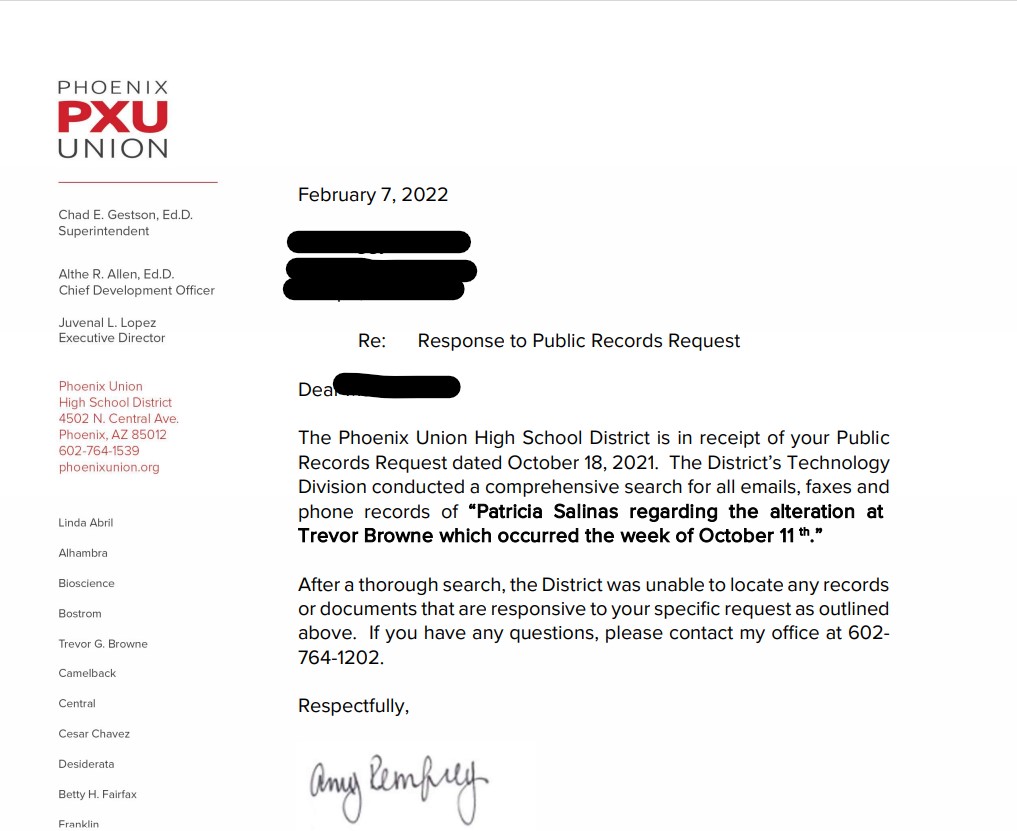 Was Phoenix Union honest with the responses to the public records requests or has Big Education become numb to violence since its leaders and colleagues support violence against women in stirrups?

We also are witnessing violence against Catholic Churches. No wonder, the Catholic Church always has been the most vocal opponent to the diabolical lies of abortion. Supporters of abortion know they have been lied to; many are post-abortive and live with their decision daily as the woman in the video above stated. Their decision has been justified by the Court until now, and if Roe is overturned they must face the fact they were tricked. They are angry at themselves and their circle of “friends” and lashing out at the Truth is their reaction.

Think about the irony of “My body, my choice” or “Bans off our bodies”. These same unhinged abortion supporters see nothing wrong with destroying the Body of Christ Himself. 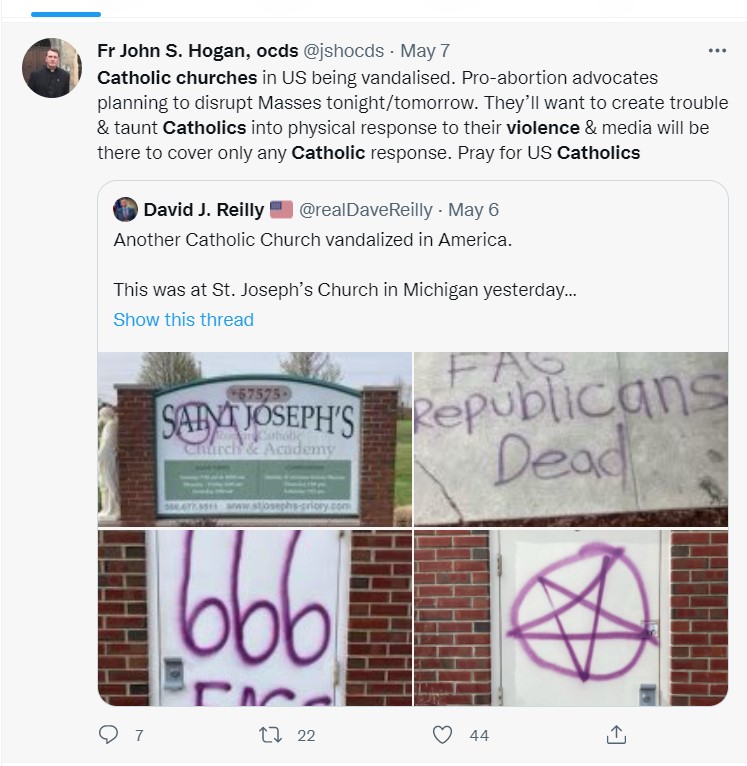 Many know the Body of Christ is present in a Catholic Church, the same Church which told them all along to avoid the temptation of abortion. Now the falsehood of Roe vs. Wade is exposed. (For those who are facing the emotional effects of abortion, whether it is recent or decades ago, seek healing through Rachel’s Vineyard (rachelsvineyard.org. You can remain anonymous.)

Once these hardened hearts are changed, one by one, our culture will soften and this will have a profound positive effect on everyone, especially children. Until then, we must never be afraid to speak the truth and hold a hand out to those who are coming to terms with their past so they can be set free and live in peace.

Arizonans Who Vote Republican, You’ve Been Stabbed in the Back…Again
SOURCE:
https://www.notinourschools.net/planned-parenthood-is-violent-and-t...