I'm finally back from deployment and I wanted to share this excellent article from Mary Grabar. Trust me, if you are not subscribed to her website...  you should be!  She is a Super Hero in the education department. 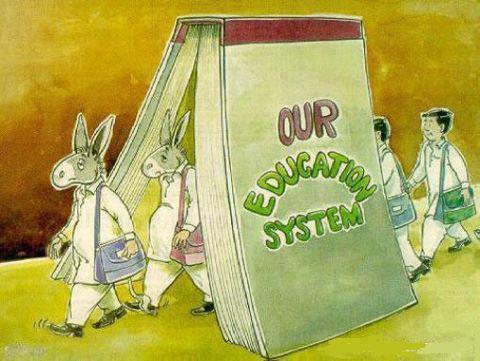 She made a very important comment about English departments in the University of Arizona:

English departments have pretty much given up on their mission of preserving a literary canon or teaching poetic form and rhetorical strategies.  Decades ago, politics of race, class, and gender overtook any concern for preserving and perpetuating poetic art.  In fact, to claim that there is such a thing as Literature was to align oneself with the right-wing Imperialists.

Today, "digital" is seen as dismantling the last vestige of literary hierarchy. James Pulizzi, in the New Republic, predicts, with no sorrow, that digitization will make literature departments "largely extinct." His dismissal of traditional English departments is very casual: "As long as literature departments remain beholden to print culture, to the study and transmission of printed texts, they will continue to fade in relevance and prestige."

English professors themselves have been ushering in this brave, new digital world.  Georgia Institute of Technology Professor Richard Utz last year lectured "hidebound faculty members who continue to assign and study only pre-computer-based media," telling the English professoriate that they should "embrace, accompany critically, and shape the new discourses its students sorely need to communicate and compete: blogs, video essays, Web comics, digital archives, data visualization, and the like."  The digital change is more profound than the transference of material from paper to screen.

The English Department home page of Georgia State University, where I earned my master's in 1994, declares now, "We read the world."  The profiles of faculty hired since my days as a student there reveal the changes and are representative of departments across the country.  Dr. Gina Caison's work focuses on "southern and Native American studies."  Her work is "interdisciplinary" and "incorporates her interests in performance studies and American visual culture."   Dr. Caison seems to be doing very little analysis of the written word: her "book-length project" "explores the recurrent use of Native American history in literary and cultural texts of the U.S. South," and she is co-producer of a documentary film about the history of "studying and collecting indigenous human remains."  Whatever she is doing--drama, anthropology, history--it is a far cry from literary study. But even American literature anthologies have scalp dances and rain dances crowding out William Bradford and Anne Bradstreet.

So what the University of Arizona is doing is only the logical conclusion in this move away from literature: they are eliminating the English department.  They don't say this, but by moving English from the Humanities Department to the College of Social Behavior, they are relegating literature to the purely utilitarian.  They see the word as simply a means for persuading and transmitting information.  Such moves in higher education parallel the focus under the Common Core K-12 program on "informational texts," which, as it turns out, often are slightly disguised ideological texts.

Today, we have a digital miasma of information with college graduates trained to discernment only to the point of being able to distinguish politically unacceptable ideas from those that are.  Anything that does not go along with the current political pieties is considered "far-right," "extremist," or "reactionary."  These are terms used by professors and in assigned reading material.

Poetry then becomes nothing more than self-expression of momentary impulses or fleeting observations without regard to form or tradition--kind of like Tweets or Facebook posts about the delicious overstuffed sandwich on the plate.  Anyone can be a poet--as long as the message is acceptable politically.  At poetry slams in coffee houses across the country the pencil-scribbling on the step to the podium garners as much applause as the carefully constructed (rare) villanelle.  The subjects of the "poems" are usually the scribblers themselves--the outrages against them personally and the failure of the world to grasp their vision of justice.

If all poetry, writing, "spoken word," and gesture is equally valuable, we don't need literature professors--not even those specializing in "digital media."  It's a sad day for those of us who love and teach literature.